Add an Event
Newswire
Calendar
Features
Home
Donate
From the Open-Publishing Calendar
From the Open-Publishing Newswire
Indybay Feature
Publish to Newswire
Add an Event
Related Categories: San Francisco | Health, Housing & Public Services
NTSB Investigating PG&E after another Gas Line Explosion.
by D. Boyer
Sunday Feb 10th, 2019 9:49 AM
Up to 100 people displaced after another gas line explodes into flames in a San Francisco neighborhood. Pics and video from the aftermath of that scene.

Info on the drone footage. I got permission to fly but could not fly directly over the site. I only went up to 111 feet to play it safe. 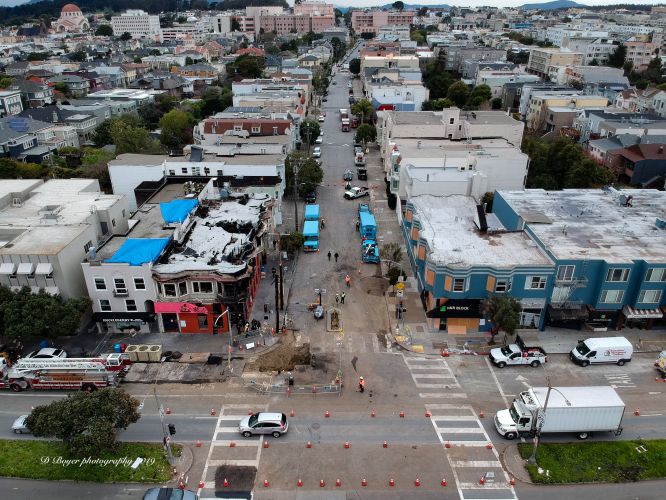 original image (3968x2976)
On Wednesday, February 6th utility crews struck a natural gas line in the Jordan Park neighborhood in San Francisco. It immediately erupted into flames scorching nearby homes or apartments. Up to 100 people have been displaced by that disaster. Pacific Gas and Electric says they received the initial report at 1:15pm, but the gas did not get shut off until at least 2 hours later resulting in the major loss of people's homes.

The National Transportation and Safety Board decided to launch an investigation because of the large amount of damage. According to Jennifer Homendy, a National Transportation Safety Board member, they are investigating because of the length of time it took PG&E to shut off the gas. PG&E says a representative from their company was on site immediately after the explosion and had been assisting first responders.

PG&E also states they had to dig through the ground with their hands to get to the shut off valves. The NTSB has removed piping involved and will send it to a lab to be examined.
§Close-up of explosion site.
by D. Boyer Sunday Feb 10th, 2019 9:49 AM 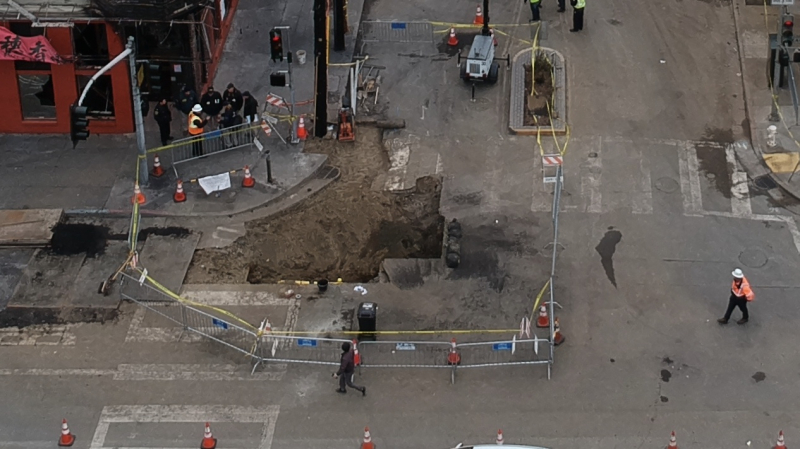 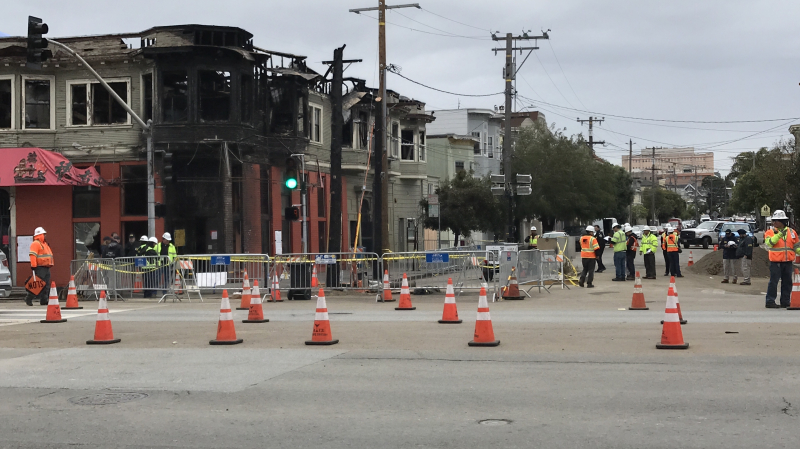 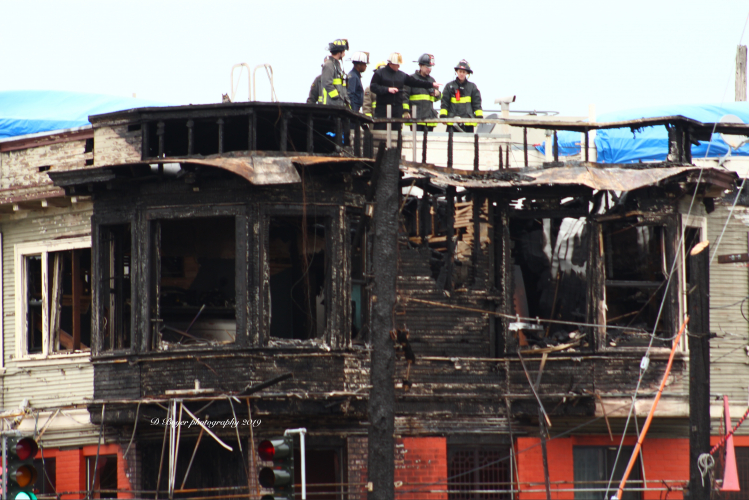 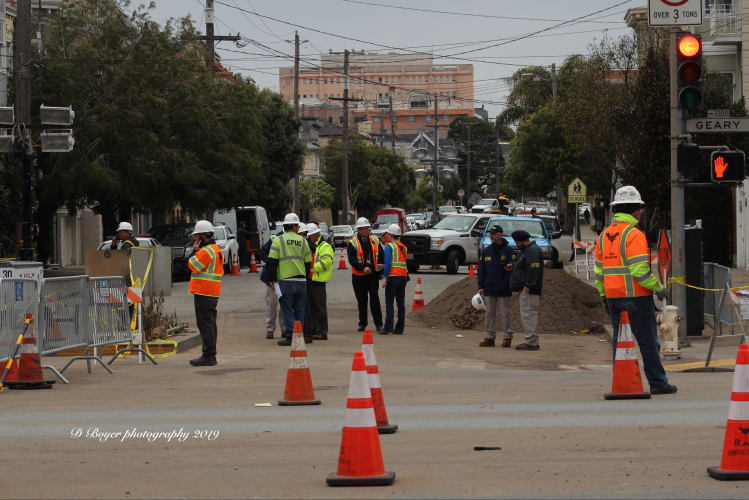 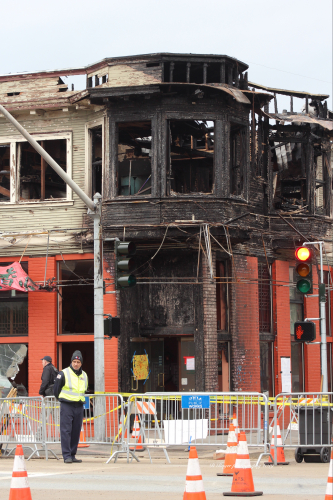 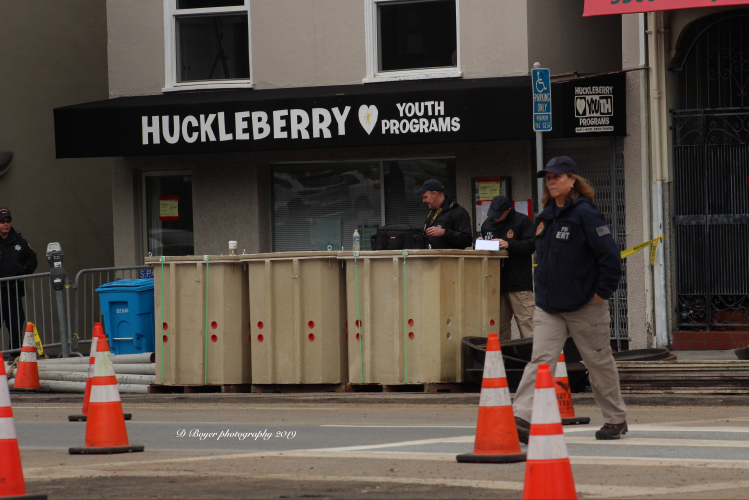 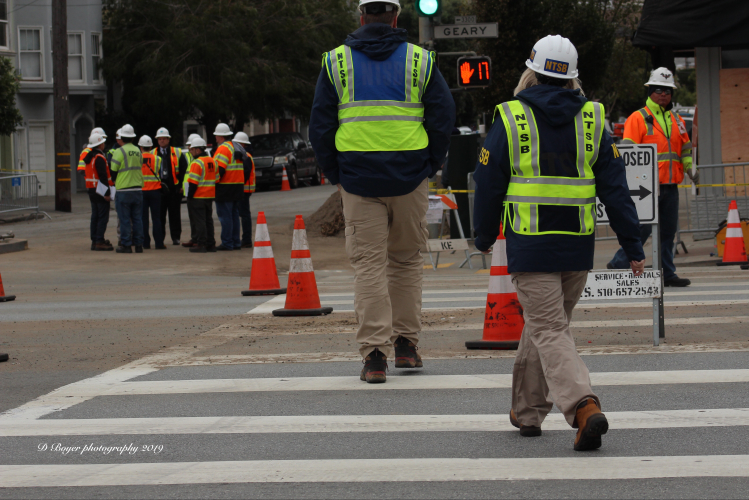 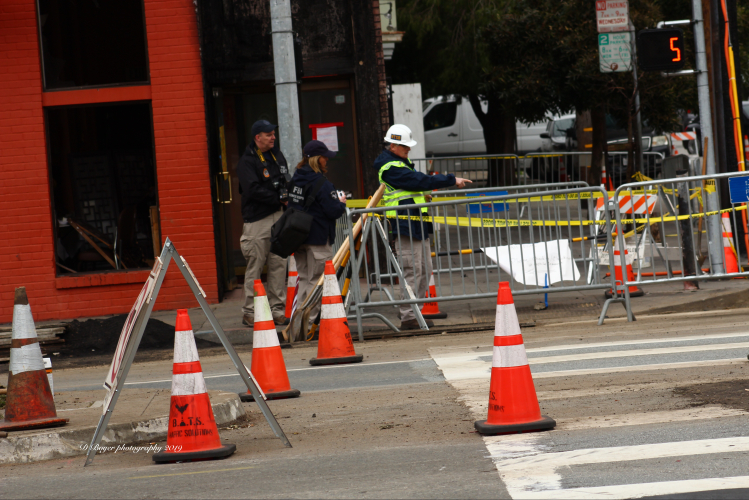 §thanks for the coverage
by ...jj....
Sunday Feb 10th, 2019 10:50 PM
Fabulous photos and the video gives a real sense of what the destruction is. Glad to hear the NTSB is investigating.
Add a Comment
Support Independent Media
We are 100% volunteer and depend on your participation to sustain our efforts!