Newswire
Calendar
Features
Home
Donate
From the Open-Publishing Calendar
From the Open-Publishing Newswire
Indybay Feature
Publish to Newswire
Add an Event
Related Categories: Central Valley | Environment & Forest Defense
PG&E Topples Western States Petroleum Association in California Lobbying Spending in 2018
by Dan Bacher
Tuesday Feb 5th, 2019 10:03 PM
Two days before the filing of lobbying expenses by PG&E, Consumer Watchdog called for the ouster of the California Public Utilities Commission over its decision to extend a $6 billion credit line to Pacific Gas & Electric in what the group called “an unneeded emergency process that allowed no time for scrutiny.” 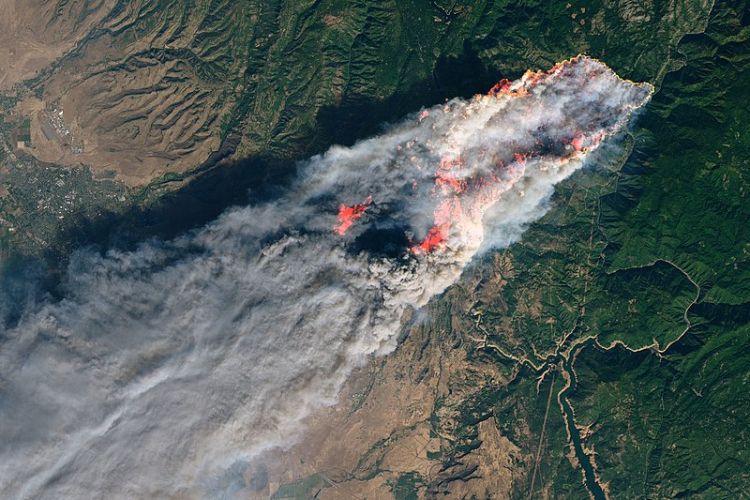 Of the total money spent last year, the company dumped $9,580,357 into general lobbying, including total payments to in-house staff lobbyists and lobbying firms, along with paying for meals and other items for legislators.

The company spent the most money in the seventh quarter of the 2017-2018 session, dumping $6,111,332 into general lobbying and $168,668 into lobbying the CPUC. This is one of the largest amounts of money spent on lobbying by any organization in one quarter.

The utility filed its most recent lobbying expenses with the California Secretary of state on January 31, the final day for filing its disclosures.

Here is the total spent lobbying in 2018 by PG&E: http://cal-access.sos.ca.gov/Lobbying/Employers/Detail.aspx?id=1146888&view=activity&session=2017

Of this total money, the company spent $6,369,631 in 2018 on “payments for grassroots and other advocacy” related to state legislative proposals improving wildlife preparedness and response, according to the filing.

During a court hearing on January 31, a PG&E lawyer said the company is facing 750 lawsuits, many of them over the Camp and other fires that devastated the state over the past couple of years.

The nation's largest utility, the Pacific Gas and Electric Company filed for reorganization in federal bankruptcy court under Chapter 11 on January 29— one day after the CPUC voted to extend a $6 billion credit line to the corporation that consumer advocates say made it easier for for PG&E to file bankruptcy.

Two days before the filing by PG&E, Consumer Watchdog called for the ouster of the California Public Utilities Commission over its decision to extend the credit line to Pacific Gas & Electric in what the group called “an unneeded emergency process that allowed no time for scrutiny.”

“The unprecedented vote makes it easier for PG&E to go into bankruptcy and avoid accountability to wildfire victims, ratepayers and taxpayers,” according to the group.

Consumer Watchdog President Jamie Court said financing was not approved in PG&E’s first bankruptcy in 2001 “and the lights stayed on.” The nonprofit group said the decision will saddle nearly half the state's ratepayers with steep rate hikes and/or long-term debt.

“The Public Utilities Commission just gave a convicted felon six-times over a $6 billion credit line backed by ratepayers going into bankruptcy without any strings or even a credit review,” said Court. “Governor Newsom should seek the resignation of President Picker and the members of the PUC who betrayed ratepayers and wildfire victims, as well as public officials seeking to stop PG&E from going into bankruptcy and sticking the public with billions in costs that should be shareholder obligations.”

The second-highest spender for the year was the Western States Petroleum Association (WSPA) — the organization that has topped lobbying spending in California most years.

Because of this money and the power that Big Oil wields in California, the Jerry Brown administration, in stark contrast with its “green” facade, issued over 21,000  new oil and gas drilling permits in California. That include more than 200 permits for offshore wells in state waters -- wells within 3 miles of the California coast.

Ironically, the same WSPA president twho led the charge to defeat a bill to protect the Vandenberg State Marine Reserve from offshore oil drilling CHAIRED the Marine Life Protection Act (MLPA) Initiative Blue Ribbon Task Force to create “marine protected areas” on the South Coast. This is a classic case of the conflicts of interest that appear to define environmental politics in California, the nation's so-called "green leader."

For more information about WSPA and Big Oil, go to: http://www.dailykos.com/...