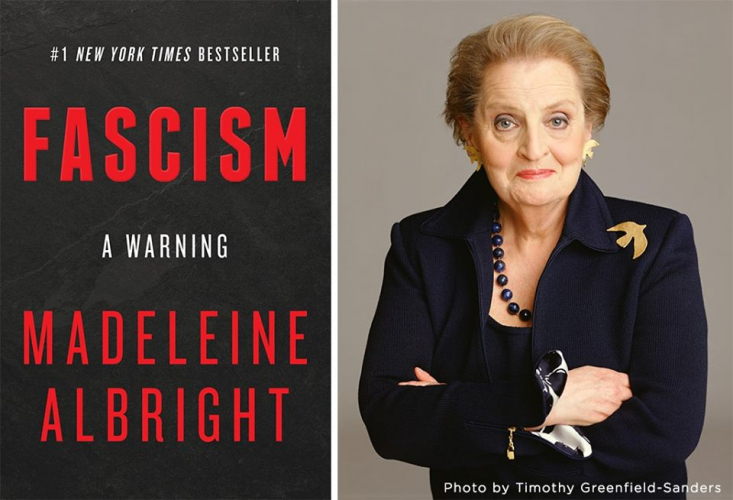 
In her infamous 1996 interview with “60 Minutes” correspondent Lesley Stahl, Stahl cited the U.S.-U.N. imposed sanctions on Iraq during Bill Clinton’s administration that were said to have led to the deaths of over 500,000 children in Iraq.

Lesley Stahl on U.S. sanctions against Iraq: We have heard that a half million children have died. I mean, that's more children than died in Hiroshima. And, you know, is the price worth it? Secretary of State Madeleine Albright: I think this is a very hard choice, but the price–we think the price is worth it.


She writes that she argued with Colin Powell for the use of military force by asking, "What's the point of you saving this superb military for, Colin, if we can't use it?"
END_OF_DOCUMENT_TOKEN_TO_BE_REPLACED
Added to the calendar on Tue, Feb 5, 2019 3:36PM
Add Your Comments
Latest Comments
Listed below are the latest comments about this post.
These comments are submitted anonymously by website visitors.
TITLE
AUTHOR
DATE
Madeleine Albright Protest
Free Speech Matters
Support Independent Media
We are 100% volunteer and depend on your participation to sustain our efforts!