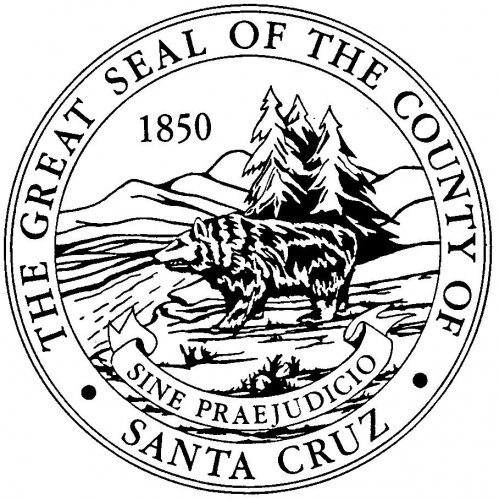 original image (908x908)
The decision by the 9th Circuit Court of Appeal in Martin v. Boise (formerly Bell v. Boise) held that the Cruel and Unusual Punishments Clause of the Eighth Amendment precluded the enforcement of a statute prohibiting sleeping outside against homeless individuals with no access to alternative shelter. The panel also held that, as long as there is no option of sleeping indoors, the government cannot criminalize indigent, homeless people for sleeping outdoors, on public property, on the false premise they had a choice in the matter. That ruling specifically addressed the so-called “camping” violations as well as those offenses generally classified as “disorderly conduct”. A brief history of that case appears in a previous article http://www.thestreetspirit.org/in-the-shadow-of-bell-v-boise/. But, many homeless activists fear that law enforcement will turn to “trespass” violations as means to prevent the unsheltered from sleeping in public. While statistics have not emerged that clearly support this suspicion, it is well to remember that the City of Santa Cruz continues to carry the equally onerous “stay away” ordinance on its books and the ordinance remains in full force and effect. The questions posed by this article is: Do we trust the new, more progressive City Council to take up the repeal of this ordinance, or do we, as we once did, appeal to the courts for relief and follow in the footsteps of Bell and Martin? Some brief history.

Although passed in October 2014, the ordinance, Santa Cruz Municipal Code Section 13.08.100, even viewed in retrospect continues to represent retrogressive lawmaking aimed at our homeless community. The law is an extension of an ordinance approved June 2014 which provided for the issuance of 24-hour “stay away” orders to people who posed some arguable “public health or safety concern” within the city’s parks and open spaces. The current amendment, however, goes much further and continues to raise serious concerns about the constitutionally guaranteed right to peaceably assemble in traditional public spaces, the right to due process of law and the collective right of people experiencing homelessness to simply exist. A statement issued by the ACLU of Northern California Santa Cruz County Chapter at the time of the amendment’s passage reflected these concerns:

“The Santa Cruz Chapter of the American Civil Liberties Union is shocked that the City Council is considering a resolution of this problem that involves banning individuals from a park or parks in general, for as long as a year, without any due process or procedure for a fair hearing in front of an impartial judge as to whether they actually committed the acts with which they are being charged or whether the punishment is appropriate for whatever transgression(s) they are cited for committing. This proposal is Constitutionally vague, lacks adequate due process protections, and is ripe for abuse. We sympathize with your need to address problem behavior … but we seriously hope you will find a different approach to addressing it.”

Leaving aside for the moment the fact that this ordinance targets the poor, people of color and the unemployed almost exclusively, the practical reality is that this legislative fiat conjured up by the council is nothing more than a not so thinly veiled extension of a policy to drive undesirables, i.e., people experiencing homelessness, out of our community. Even more troubling than the broad discretionary power this ordinance cedes to law enforcement is the fact that a violation of an Order of Court as provided by this ordinance may be prosecuted as a misdemeanor and could result in a jail term of up to one year and/or a substantial fine. Even the casual observer must concede that the law is overbroad and poorly drafted and may be legally inform on several grounds. To cite a few examples, the ordinance creates a high risk of “erroneous deprivation of rights” in that (1) the orders will be issued based on vague and overbroad protocols; (2) there is no clear or stated procedure to contest the issuance of any such order and; (3) individuals will have no meaningful access to due process of law before they are judged to be in violation.

And so the question bears repeating: Do we trust the new, more progressive City Council to take up the repeal of this ordinance, or do we, as we once did, appeal to the courts for relief. Some may recall that in March 2015, the Homeless Persons Legal Assistance Project (HPLAP) sued the City of Santa Cruz on behalf of its homeless residents asking that the court enjoin the enforcement of the ordinance and find it unconstitutional. That lawsuit was dismissed on the grounds that HPLAP lacked the legal standing to sue on behalf of homeless residents. You may also recall that the original lawsuit in Bell v. Boise was also dismissed for lack of standing and yet, they persevered, and the suit was subsequently revived resulting in the landmark decision to decriminalize sleep. Dare we hope for a similar result here? We lack only the courage and the commitment of resources that our comrades in Boise so admirably displayed.

Many will say, and perhaps rightly, that the courts are poor places for the pronouncement of public policy. I say that courts are not merely constituted to prosecute the guilty but are more properly employed to protect the innocent or, in this case, the disenfranchised and disempowered. But like anything else, it is not the system that determines our rights; it is how we use that system. I believe that we can use it to our advantage. It is time for our local courts to weigh in and it is our responsibility to place these issues of due process and equal rights under the law before the court on behalf of both our homeless community and ourselves. It is a time-honored maxim of law that “justice delayed is justice denied.” In my view, justice for our homeless community has been delayed much too long and we can no longer allow it to be denied. Following in the bold footsteps of Bell and Martin may be the way forward.