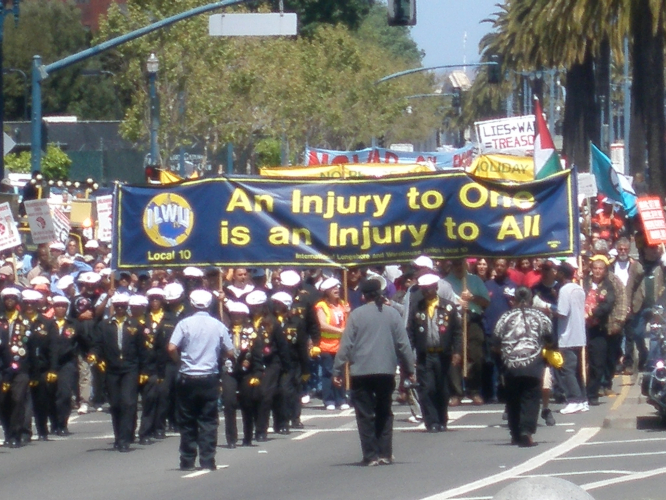 original image (2048x1536)
Working people need to return to the roots of mass workers power and general strikes of the entire working class. In 2008, the ILWU had a west coast port strike against the Iraq war. Working people need a labor movement that takes direct worker against to defend other workers and against imperialist war such as the growing threat of an invasion of Venezuela.
http://www.upwa.info
Add Your Comments
Support Independent Media
We are 100% volunteer and depend on your participation to sustain our efforts!