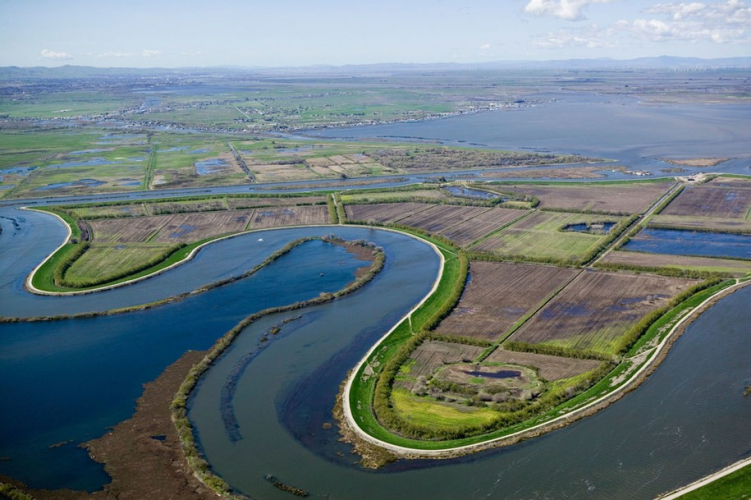 original image (915x609)
In spite of a multitude of lawsuits against the Delta Tunnels and the California Department of Water Resources (DWR) withdrawing the project’s "certification of consistency" with the Delta Plan developed by the Delta Stewardship Council, the California WaterFix proposal continues to plod forward.

A press release from Jacobs (NYSE: JEC), posted to PRNewswire on January 22, reports that it has been named the engineering design manager for the California WaterFix by the Delta Conveyance Design and Construction Authority (DCA):

"Jacobs (NYSE: JEC) has been selected by the Delta Conveyance Design and Construction Authority (DCA) for engineering design management (EDM) services related to the California WaterFixprogram. Estimated at $17 billion in 2017, WaterFix is California's largest water conveyance project, designed to bolster the reliability of the state's water supplies, while protecting and enhancing the San Francisco Bay-Delta estuary, a vital environmental asset.

The California WaterFix program, slated to begin in early 2019, will upgrade outdated and unreliable water infrastructure that is more than 50 years old and dependent on levees that put clean water supply at risk from earthquakes and sea-level rise.

"WaterFix is one of the highest profile infrastructure projects in the nation, essential to secure clean water supplies for 27 million people, area businesses and three million acres of agricultural land," said Jacobs COO and President of Buildings, Infrastructure and Advanced Facilities Bob Pragada. "Building on our long-term relationship with California water agencies, DCA will tap into our extensive water infrastructure and engineering design experience to begin modernization of California's water delivery system."

Following more than a decade of studies, WaterFix emerged as the most effective solution to address California's water shortages while also improving environmental conditions in the Sacramento-San Joaquin Delta – such as reducing the harmful impacts of the existing infrastructure diversions near endangered fish habitats and reinstating more natural river flows.

WaterFix also stands to generate nearly 122,000 jobs for the region and offer greater water security, enhanced disaster preparedness and climate change resilience for millions of California residents, businesses and agriculture that obtain their water from the Delta.

Jacobs leads the global professional services sector delivering solutions for a more connected, sustainable world. With $15 billion in fiscal 2018 revenue and a talent force of more than 80,000, Jacobs provides a full spectrum of services including scientific, technical, professional and construction- and program-management for business, industrial, commercial, government and infrastructure sectors. For more information, visit http://www.jacobs.com, and connect with Jacobs on LinkedIn, Twitter, Facebook and Instagram."

The press release ends with a curious note that statements made in the release “that are not based on historical facts are forward looking statements”:

For those not familiar with the project, the California WaterFix is a proposal to build two massive 35-mile long tunnels under the Sacramento-San Joaquin River Delta to facilitate the export of Delta water to corporate agribusiness interests and Southern California water agencies.

In spite of the claim made in the release that the “WaterFix emerged as the most effective solution to address California's water shortages while also improving environmental conditions in the Sacramento-San Joaquin Delta,” the project would actually hasten the extinction of Sacramento River winter and spring-run Chinook salmon, Central Valley steelhead, Delta and longfin smelt, green sturgeon and other fish species. The project would also imperil the salmon and steelhead populations on the Trinity and Klamath rivers by exporting increasing amounts of water via the existing pipeline through the Trinity Mountains from Lewiston/Trinity Reservoirs to Whiskeytown Reservoir, which empties into Clear Creek, a tributary of the Sacramento River.

As the Delta Conveyance Design and Construction Authority (DCA) continues to forge ahead with the California WaterFix even though the project hasn’t been approved by the State Water Resources Control Board or the Delta Stewardship Council as part of the Delta Plan, populations of Delta smelt and other pelagic (open water) fish species in the Delta continue to collapse.

For the first time ever, a fish survey that the California Department of Fish and Wildlife (CDFW) conducts every autumn turned up zero Delta smelt throughout the monitoring sites in the Sacramento-San Joaquin River Delta in September, October, November and December 2018.

Bill Jennings, Executive Director of the California Sportfishing Protection Alliance (CSPA) and board member of the California Water Impact Network (C-WIN), points out the significance of the disastrous decline of Delta smelt and other fish species in the 2018 Fall Midwater Trawl by the California Department of Fish and Wildlife (CDFW).

“The abundance of both Delta smelt and striped bass is the lowest in the trawl's history,” said Jennings. “Longfin is the fifth lowest, threadfin shad is the fourth lowest, American shad is a 66 percent reduction from the previous year and the splittail is zero. This is a very comprehensive trawl and the results were a disaster for Delta fisheries.”

“Not only is the Delta smelt on the brink of extinction but there are several species lined up behind it,” noted Jennings. “Governor Brown’s legacy is likely to be several extinctions of fish that flourished in this estuary for millennia.”

Instead of “improving environmental conditions in the Sacramento-San Joaquin Delta” as Jacobs claims the Delta Tunnels will do, the California Water Fix will remove more water from the Sacramento River before it flows through the Delta Estuary in order to facilitate water exports to corporate agribusiness and Southern California water agencies, making the already perilous state of Delta smelt, winter and spring-run Chinook salmon and other fish species even worse.
Add Your Comments

§From the bottum of the Ocean to the top of the Sky don't let this planet die.
by Unity Jack for mother Earth
Sunday Jan 27th, 2019 11:39 PM
Do not let this Planet die. With the Oceans covering 70% of the Planet's surface I think we all could say there really is no 'Shortage of Water'. However when thought gets compressed behind narrow pressures to limit material reality, mother nature begins to howl a signal to end the imprecise unreal projects pushed by corporations following empires of destruction and befouling to a bitter end of natures ecological organic and inorganic balances of the webs-of-life and all for for paper money globally.

Words are poor hobbled things. So let us be true-to-life and end shortage of water to the fish, wildlife, plants, and communities we life our lives in. If the twin tunnels continue the process on-going of diverting water out of the spawning grounds et al. The catastrophic contradictions will toward lose lose and extinction be the inevitable push ending in loss of our very livability. American ingenuity ought not be misused to twin too much water away from natures qualitative gift of best conditions for life and health.

American ingenuity needs to spark life into its tools to sustain much water for all. That can only be done by taking the water from the Oceans, in particular the Pacific Ocean beside California. Utilize all power necessary to pump the water into salt removal industrial plants to remove the salt, then pipeline the fresh water to every place needed. Voila!! The end of droughts forever. You all have a world to win yet!!
Add a Comment
Support Independent Media