Add an Event
Newswire
Calendar
Features
Home
Donate
From the Open-Publishing Calendar
From the Open-Publishing Newswire
Indybay Feature
Publish to Newswire
Add an Event
Related Categories: Peninsula | Police State & Prisons
Sit-In at San Mateo DA's Office in Case of Man Murdered by Police Taser
by Calling for Justice
Friday Jan 25th, 2019 2:18 PM
Chinedu Okobi was the third man to die last year in San Mateo County after being tased by law enforcement. He was unarmed and walking with shopping bags along the El Camino in Millbrae in October of 2018 when murdered. More than 25 people protested in the District Attorney's office on January 23.
**Photos by Charles Moehle, Probonophoto. Please credit the photographer** 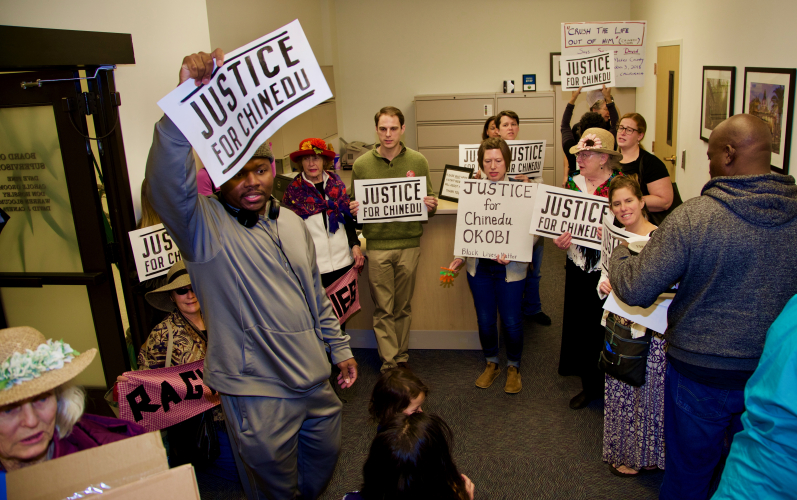 original image (6069x3804)
Protesters are calling for the release of videos documenting events that preceded the Oct. 3 death of African-American Chinedu Okobi, killed by San Mateo County sheriff’s deputies. Four deputies and a sergeant were involved in the 36-year-old unarmed father's death by taser; all involved personnel are back on duty. Outraged community members led a protest in the lobby of District Attorney Steve Wagstaffe on Wednesday. They were joined by family members and friends of Okobi at the noisy sit-in, where they chanted and sang songs written for the occasion. They called on the DA to release evidence, including videos and 911 call logs.

Members of Justice4Chinedu, together with the Raging Grannies Action League, led the sit-in. Calling for an independent investigation, both groups said the public should be able to judge for themselves what happened that day. Okobi was walking on El Camino Real in Millbrae when a sheriff’s deputy approached him and without apparent cause called a Code 3 for more officers. Despite asking "what did I do" and pleading for help, Okobi was tased and went into cardiac arrest. There were no attempts to perform CPR and he was later pronounced dead at a nearby hospital.

Although the District Attorney was in his office during the sit-in, he did not meet with the activists, who were monitored by plainclothes officers throughout the 2-hour morning event. Demonstrators said they want Wagstaffe to file criminal charges against the deputies involved and enact a moratorium on taser use. The DA's office has hired a use-of-force expert with a background in law enforcement to review the case. While the DA claims that no one else has the expertise to do such a study, community members at the protest said that the choice of Jeff Martin, a former San Jose police sergeant, is suspect. Martin was also formerly employed by BART's Police Department.
§Entering the sheriff's office
by Calling for Justice Friday Jan 25th, 2019 2:18 PM 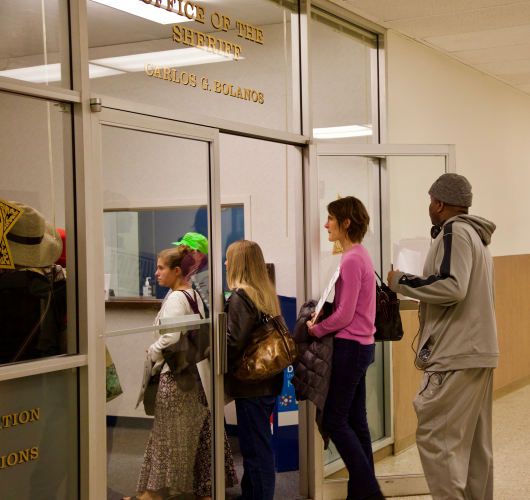 original image (4750x4480)
Demonstrators took their protest first to the DA's office and later that morning the office of the sheriff.
§San Mateo County Seal in background
by Calling for Justice Friday Jan 25th, 2019 2:18 PM 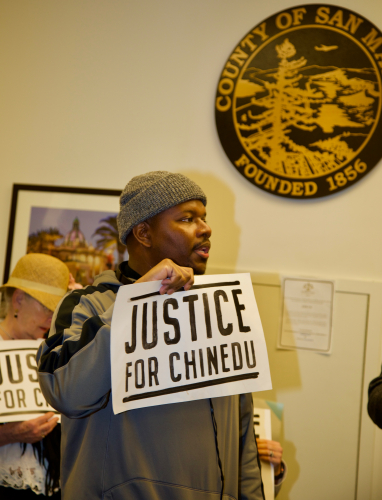 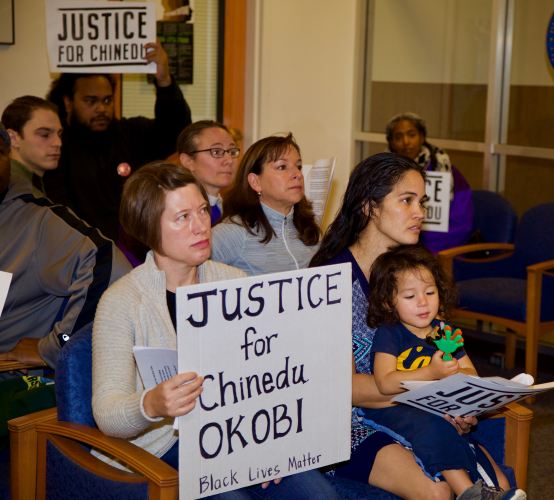 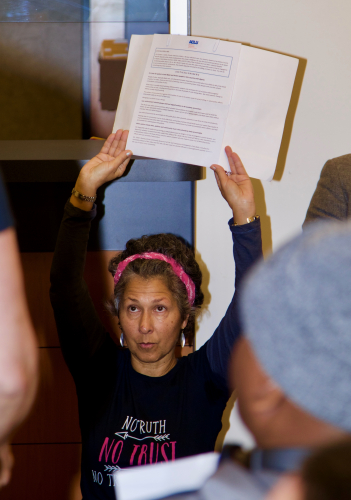 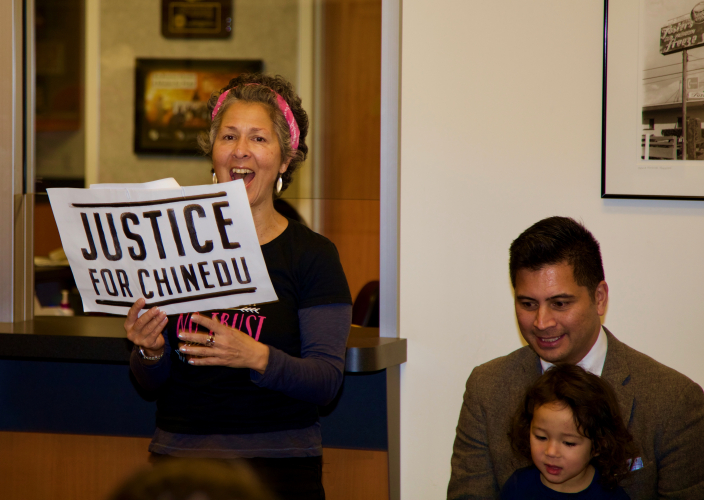 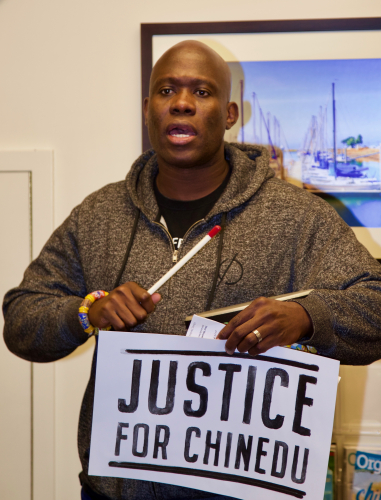 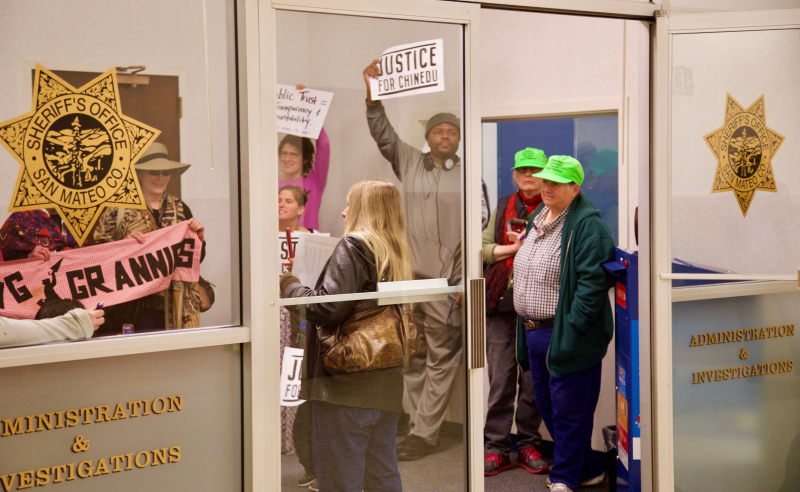 original image (6720x4139)
Also on the third floor with the DA's office, the protesters made a stop here as well.
§Lastly the group protested in the office of the Board of Supervisors
by Calling for Justice Friday Jan 25th, 2019 2:18 PM 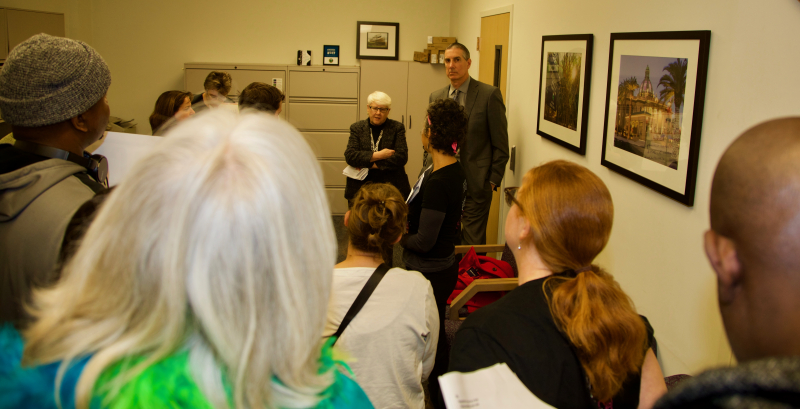 original image (6325x3237)
Asking questions of the president of the board and the county manager.
§Member of the Raging Grannies asks Why
by Calling for Justice Friday Jan 25th, 2019 2:18 PM 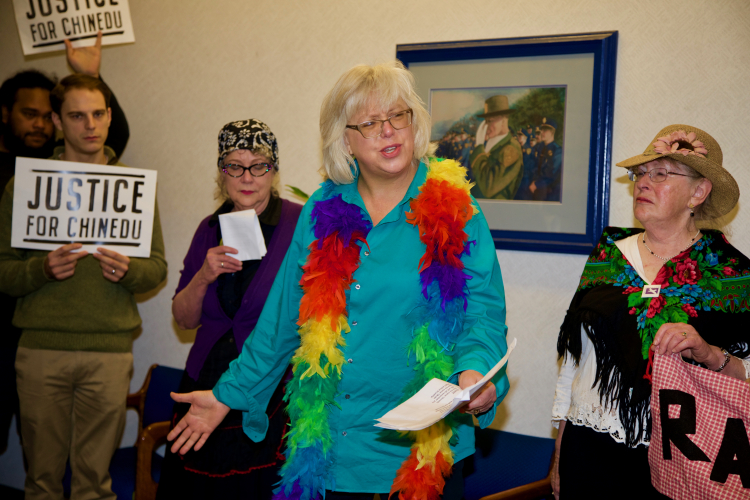 original image (6720x4480)
Why did this happen? People are encouraged to walk, there are even signs in this very building encouraging people to walk or use bicycles instead of fossil fuel using transportation. But is it safe to walk?
§Standing room only in the lobby of the Sheriff's office
by Calling for Justice Friday Jan 25th, 2019 2:18 PM 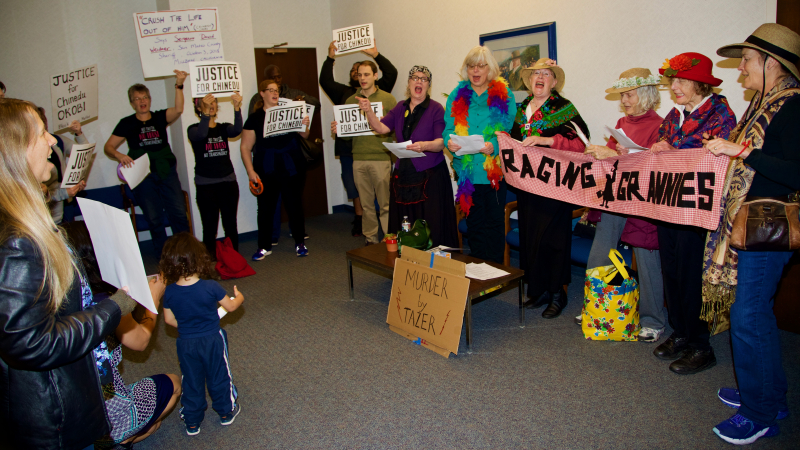 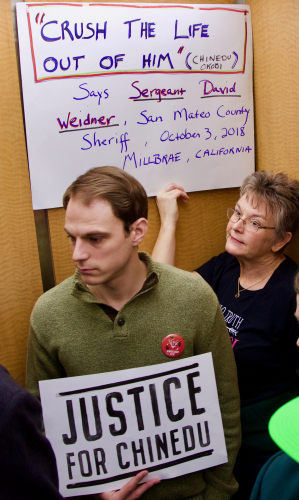 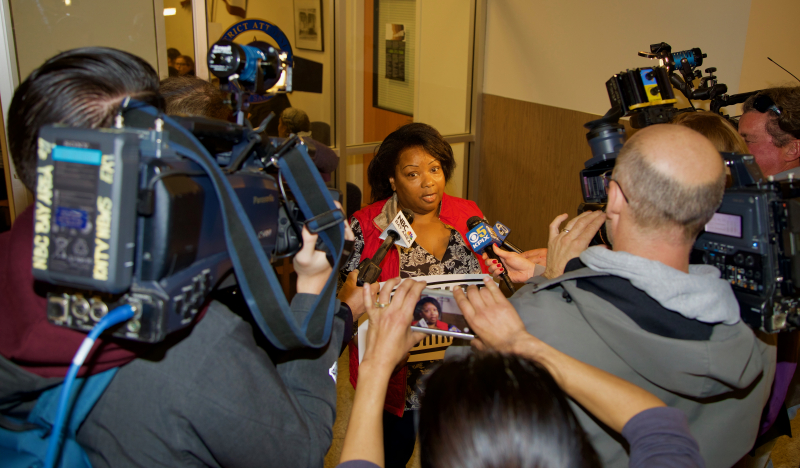 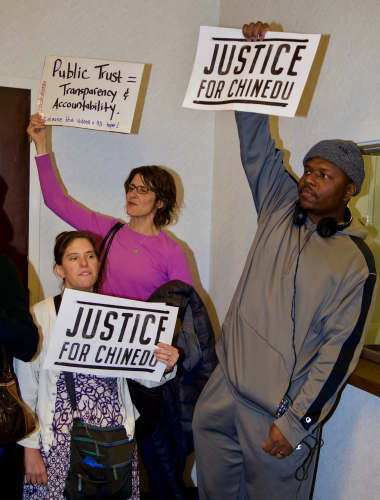 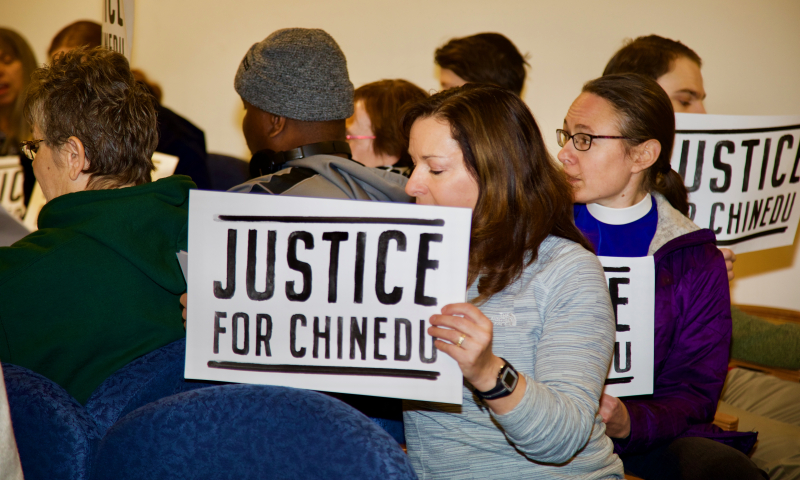 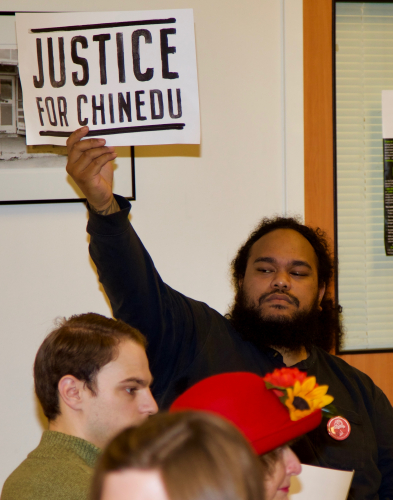 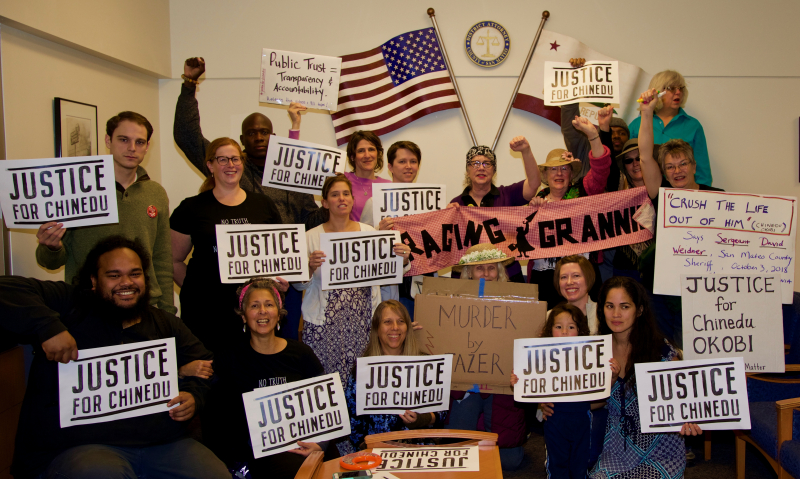 original image (5265x3158)
too many people were there to fit in the photo
Add Your Comments
LATEST COMMENTS ABOUT THIS ARTICLE
Listed below are the latest comments about this post.
These comments are submitted anonymously by website visitors.