Add an Event
Newswire
Calendar
Features
Home
Donate
From the Open-Publishing Calendar
From the Open-Publishing Newswire
Indybay Feature
Publish to Newswire
Add an Event
Related Categories: San Francisco | Labor & Workers
Stop Privatization & Slave Labor on MLK Day 2019 in SF Workers Speak Out!
by Labor Video Project
Monday Jan 21st, 2019 5:08 PM
On MLK Day in San Francisco on January 21, 2019 workers talked about the growing racism and discrimination as well as slave labor in the US. They also discussed the plight of laid off Federal contract workers and US Federal workers who have been ordered to work without pay. 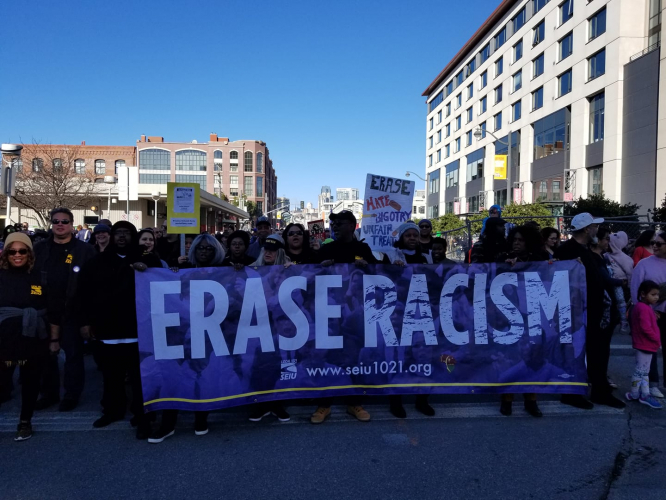 original image (1440x1080)
On MLK Day on January 21, 2019 in San Francisco, unions from SEIU 1021, SFTEA Taxi Workers and IBEW 1245 members spoke out against privatization and slave labor conditions in the United States.

Workers reported that the City and County of San Francisco is using the EPIC and Lean program to outsurce and lay off thousands of workers and these programs according to workers particularly target African American, minority and senior workers. They also talked about the proposal from US government that workers laid off from the Federal jobs or those not getting pay work for UBER. 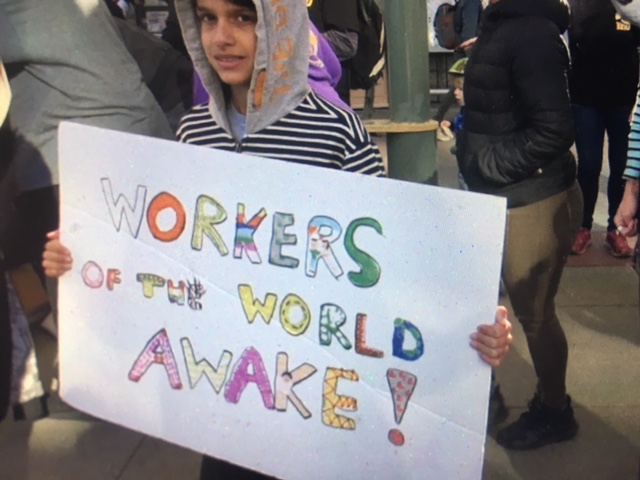 A child of a participant had a sign for solidarity of workers around the world.
https://youtu.be/83bsbHCX7VM
Add Your Comments
Support Independent Media
We are 100% volunteer and depend on your participation to sustain our efforts!