Add an Event
Newswire
Calendar
Features
Home
Donate
From the Open-Publishing Calendar
From the Open-Publishing Newswire
Indybay Feature
Publish to Newswire
Add an Event
Related Categories: International | Police State & Prisons
A3 Newsletter: An Invitation from King and Kenyatta, Netherlands photos, and more
by International Coalition to Free the Angola 3
Sunday Jan 20th, 2019 4:17 PM
This issue of our newsletter features an invitation to activists and A3 supporters in the New Orleans are, a spotlight on the work of Canadian filmmaker Ron Harpelle, and photos from Robert King and Albert Woodfox's recent trip to the Netherlands in support of Amnesty International's Write for Rights campaign. 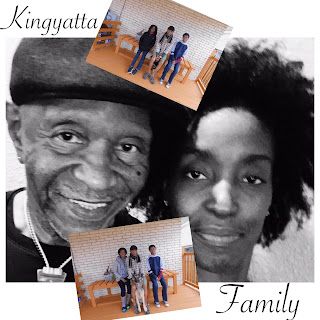 A3 Newsletter:
An Invitation from King and Kenyatta

Shortly after Hurricane Katrina in 2005, Robert King left New Orleans and settled in Austin, Texas. After more than a decade of living in Austin, King and his partner, Kenyatta have returned to Louisiana and they want to share their new home and their new life with the many Angola 3 supporters and comrades fighting for social justice, next weekend in their home in Westwego.

They'll be hosting a homecoming home warming on Sunday, January 27th from 2PM on. Contact Robert at if you need the address or directions and join them in their celebration. 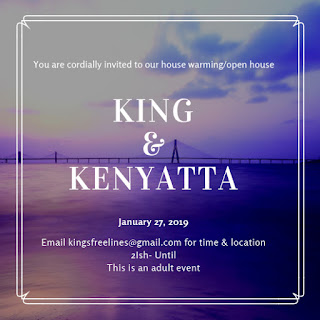 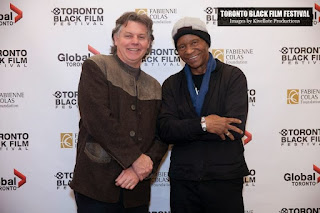 If you have not yet seen them, two excellent films by Canadian filmmaker Ron Harpelle (shown in the photo above with Robert King) are now available for viewing on Youtube.

Harpelle's 2014 film, "Hard Time," is centered around a lengthy interview that Harpelle conducted with Robert King. The film, "In Security," about the history and politics of barbed wire, fences, border walls, and the broader police state, is a timely re-release given the present-day context where human rights activists are working to oppose the racist border wall sought by President Trump. 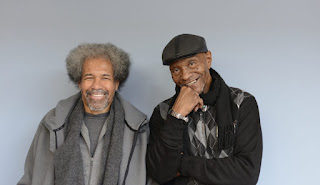 (Photo of Robert and Albert in Holland, by Sarah Eick / Amnesty International)

Last month, in support of Amnesty International's "Write for Rights" campaign, Albert and Robert traveled to the Netherlands. The Dutch section of Amnesty has existed for 50 years and is one of the world's largest Amnesty sections.

Featured below are photos from the Write for Rights events, taken by Karen Veldkamp / Amnesty International.

--READ: The Dutch publication One World's interview with Albert and Robert, entitled "44 jaar in een isoleercel"

--WATCH: During their November 2017 trip to Germany, both Albert and Robert speak at an Amnesty International event in Berlin, entitled "Being Politicized" (in English with German subtitles). You can view the short trailer and the full-length version. 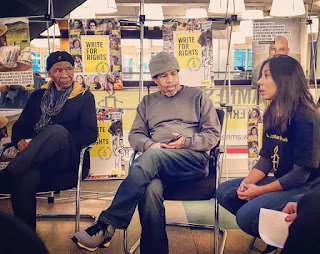 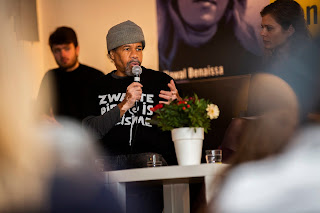 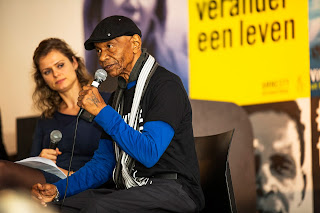 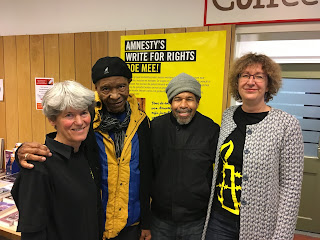