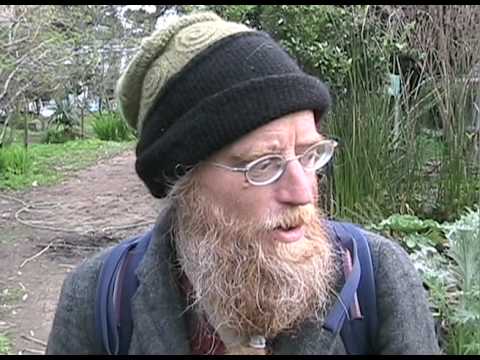 The recent announcement by the University of California of their plans to build dormitories on People’s Park just in time for the Park’s 50th anniversary is purely indicative of the antagonistic and oppositional ethic that the administration and the Regents of the University have always practiced with regards to the People’s Park. There is no more clear illustration of this than the University’s most recent foray into the volunteer installed forest in the east end of the Park. University-hired contractors came into the Park at 4 am on Dec. 28, 2018 and chainsawed down as many as 40 mature trees, either running them through a wood chipper or removing the logs from the site. Most of these trees were planted by volunteers as much as 30 and 40 years ago.

From the outset in 1969, when then Governor (and UC Regent) Ronald Reagan declared martial law in Berkeley in response to the “People’s Park Uprising”, the University of California has had an abusive relationship towards the Park. The result of the martial law that was declared and the riots that ensued was over 200 people hospitalized with birdshot wounds fired by National Guardsmen; Alan Blanchard permanently blinded, and James Rector killed by buckshot rounds distributed to Santa Rita prison guards also called out to quell the uprising.

Telegraph Avenue has been the scene of more riots and protests than any other place in the United States, most of them occurring from 1965 to the early 90’s, culminating with the volleyball court riots and the death of Rosebud DeNovo. This is not because of the People’s Park, but because of the oppressive top-down relationship that the University has with the City of Berkeley and its’ residents not to mention their eagerness to call out riot cops or the police whenever there might be some hint of disagreement with their policies. Remember; the Free Speech Movement was a reaction of the students against oppression by the administration of the University of California, not a result of their benign and liberal policies. I do not believe that the decision-making process at the University of California has ever been fundamentally altered in order to relieve those inequities.

For 7 years after the volleyball court riots, from 1995 to 2002, as a result of the community’s furor over the death of Rosebud, the City of Berkeley took over the maintenance contract for the Park, ushering in a brief period of functionality for the Park. During this time, Food Not Bombs became firmly established with 5-day a week servings of vegan food; the Free Speech Stage was almost completely rebuilt by volunteers for the Park’s 30 th Anniversary in 1999; the Free Clothing Box was upgraded, enlarged and beautified; electrical power was installed on the stage, making amplified sound events much easier and more practical to organize; A lovely pergola (a trellis with benches beneath) was built by volunteers with redwood that was recycled from the removed volleyball courts. Generally, the Park moved from an antagonistic management to a more functional one. I do not necessarily advocate for City of Berkeley management of the Park, but rather use this as an illustration of what could happen if the Park were not being managed by an entity whose sole goal with the Park has been to build dormitories upon it. The University has never lost sight of that goal despite 50 years of community agitation for the Park to remain green and open space, a haven for Free Speech activities, and a place where the concept of user development can be further experimented with.

In 2002, coincident with the invasions of Iraq and Afghanistan, the University insisted on resuming the maintenance contract for the Park, claiming that the City of Berkeley was charging them too much. After a couple of years of benign interactions with the activist community, the University commenced its’ current onslaught on the People’s Park with the removal of a volunteer built all-metal, fire-proof Free Clothing Box, built in response to several arsons of the previous wood ones.

There were struggles with University employees, administrators, and police over the painting of slogans on the Free Speech Stage. No slogans were acceptable but the ones the University found most odious were “Democratize the UC Regents”, “Common Ground is Sacred Land”, and most recently “Green Space not Dorm Space.”

During Christmas Break on December 28, 2010 the University hired a contractor to come in the middle of the night to chainsaw off the trellis portion of the pergola and run it through a chipper. In the same operation they leveled out the berms of pavement left on both the Dwight and Haste sides from the community garden take over of the remaining western portion of parking lot in 1979. This was in addition to the removal of hundreds of volunteer planted and tended trees, shrubs, and other perennials. This was done without any notification to the community whatsoever.

There have been numerous incursions by the University into the volunteer gardens in the west end of the Park in the subsequent years; they mostly involve the removal of mature volunteer planted and tended trees. It is my firm belief that if the Park had been managed by an organization the wasn’t fundamentally antagonistic to the principles of Free Speech, sustainability, and human rights, the Park could very well be a joy to behold. The gardens would be far more beautiful if there were funding and paid coordinators to manage volunteers, rather than destruction of volunteer planted landscapes. There would be classes in urban gardening and the history of the Park. The Park would be working with programs that already exist and implementing programs of its own to help to ameliorate the problems of homelessness, mental illness, and drug addiction, and all of the problems that follow in their wake, rather than refusing to participate with these programs, and ignoring the social devastation caused by the more than 15 year involvement in the “War on Terror” or the ensuing “Great Repression”.

I wouldn’t ever expect the Park to be a perfect place, but it most certainly would be a far, far better place if it hadn’t been the victim of 50 years of willful mismanagement by the University of California.

I could see academics teaching about the history of the counterculture and the resistance to the Vietnam War; the Park played a crucial role in this. Some of this might already be happening at the University, but it is obviously not enough to remove the Park from its’ perpetual position between the rock and the hard place, where it has existed for far too long.

I would see the police being taught methods of non-violent de-escalation that could have profound and far reaching effects on the quality and spiritual substance of life for all social strata in Berkeley, the United States, and the world.

I could see rodent proof worm composting bins installed in the Park to benefit the community gardens, and to use the abundant organic waste generated by the numerous free food programs that distribute services in the Park, as well as keeping valuable organic waste such as grass clippings , leaves, and weeds pulled from the gardens on site. I see an ultimate design for the Park that would incorporate public safety and disaster preparedness; after all, everything about the Park to date has been about getting services to people who need them with a minimum of bureaucracy. With the rash of wildfires and the ever-looming threat of major earthquake, what other place in the East Bay is more qualified to serve the people in their hour of need than the Park? It is my firm belief that People’s Park should be protected from development and any further depredations by the University of California in perpetuity for the role that it has played in changing the cultural landscape during the Vietnam War and afterwards.

I cannot imagine any scenario where the University or the police would not have a place at the table in determining the nature and direction of People’s Park, but the situation that exists now is both untenable and unacceptable. The University has been calling the shots in Berkeley for far too long, and it has drastically reduced the quality of life for the average person. It is a far more crowded, polluted, and heartless place than when I first encountered it in the early 90’s.

Of course, it would require sources of funding and a not-for-profit organizational infrastructure that have not existed up to this point, but it’s actually not that big a problem. For a community and an educational institution that have won as many Nobel prizes as Berkeley has, creating a publicly owned institution that actually serves the needs of all should not be that big of a job.
https://www.facebook.com/savepeoplespark/
Add Your Comments

Day seventeen. Long Live People's Park!
https://www.facebook.com/michellelot714/vi...
Add a Comment
§Advice on media strategy
by Indybay reader & poster
Monday Jan 14th, 2019 5:57 PM
As an Indybay reader and poster, I want to give a few pointers on media strategy. It would be more effective to coordinate posts by members of your protest. Instead of different protesters posting 4 different posts 10 minutes apart, it would have be better to have made one solid article with accompanying photos and video links. A well written article gets indexed into the newswire in a way that news websearch engines pick them up. Getting into the indexed searchable newswire is how you gain followers and new allies.

Secondly, posting every single police interaction can create a "boy who cried wolf" type of situation. This video isn't depicting escalation, particularly if people are laughing and chatting. Try to avoid videos where people are yelling at police without context; it can appear your side is being aggressive instead of being defensive.
Add a Comment
§Oh if your advice were applicable to feet on the ground semantics . . .
by Victor Noir
Tuesday Jan 15th, 2019 10:38 AM
Unless you are in People's Park, in my professional opinion, you can't really tell us the best strategy. Certainly you feel suggestions are necessary. We have too many other concerns already. Your 'advice,' comes the same day as four arrests and at least five felled trees. So 'deaf ears on the ground,' is basically anyone not in our neighborhood thank you. We are doing the best we can given the circumstances to reach out to the community who is otherwise too burdened with economic inequality and other survival issues to help us out.
https://www.facebook.com/peoplesparkcommit...
Add a Comment
Support Independent Media