Add an Event
Newswire
Calendar
Features
Home
Donate
From the Open-Publishing Calendar
From the Open-Publishing Newswire
Indybay Feature
Publish to Newswire
Add an Event
Related Categories: Central Valley | Environment & Forest Defense
Group submits petitions with 1 million signatures urging Brown to phase out fossil fuels
by Dan Bacher
Monday Jan 7th, 2019 9:41 AM
In spite of receiving 1,000,000 signed petitions on November 1 and being confronted with 30,000 people marching in a climate protest in San Francisco in September, Governor Jerry Brown did not change any of his positions on fossil fuel extraction, carbon trading, the Delta Tunnels and other questionable environmental policies. 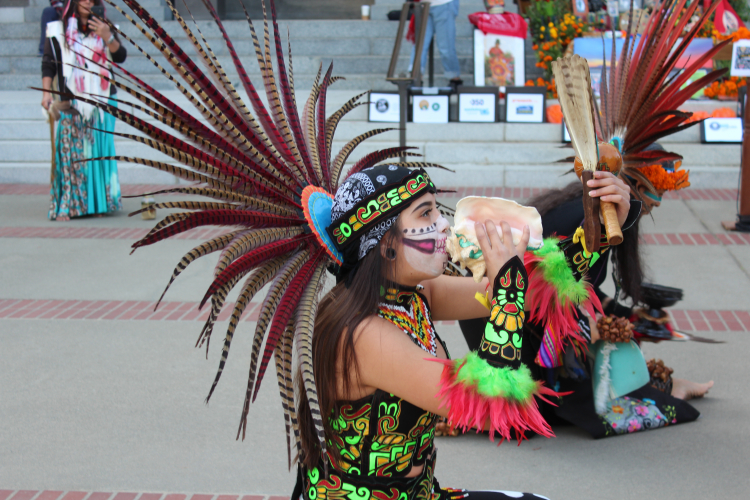 original image (5184x3456)
Over two months before Governor Jerry Brown's term ends and Gavin Newson becomes the next California Governor today, January 7, activists with the Brown’s Last Chance campaign delivered petitions with over 1 million signatures to Brown urging him to phase out fossil fuels in the state.

Representatives from Californians Against Fracking, the Central California Environmental Justice Network, Presente.org, Physicians for Social Responsibility-Los Angeles, Amazon Watch, CREDO and other organizations held a press conference on the north steps of the Capitol building in Sacramento to call on the current and future state leadership to address “the harms that fossil fuels impose on the climate and communities.”

The event took place on November 1, during Día de Muertos, the Mexican Day of the Dead, “to call attention to those who have lost their lives to illnesses associated with living in close proximity to oil and gas industry infrastructure and climate-fueled natural disasters, and to celebrate communities on the frontlines of extraction who organize tirelessly for oil and gas protections," according to the organizers.

Brown’s Last Chance was a campaign of over diverse 800 organizations united to demand that Governor Brown put the health and well-being of Californians and vulnerable communities globally before oil industry profits. Since April 2018, Brown’s Last Chance urged Brown to take the following actions:

• Establishing a health and safety buffer around existing and new drill sites.

• Setting a global precedent by becoming the first oil producing state to announce a phase-out of existing production in line with the Paris climate goals, with a just and equitable transition that protects workers, communities, and economies, starting in places that are suffering most from the impacts of fossil fuel extraction.

The event followed Brown’s Global Climate Action Summit in September, where Governor Brown was confronted with a series of demonstrations by indigenous and frontline communities calling out his refusal to sever his close ties with the oil and gas industry — and challenging Brown’s expansion of offshore and onshore drilling in California and his BigOil-written carbon trading program.

In spite of Brown’s reputation as a “climate leader,” Brown’s administration has issued permits for over 21,000 new oil and gas wells, including new 238 offshore wells. More than 5 million Californians live within a mile of an active oil and gas well, leaving them vulnerable to respiratory problems, preterm births, and premature death, according to the groups.

The event began at 11:30 a.m. with opening remarks and an opening ceremony by Azteca dancers. Starting at noon, the organizers held a press conference on the north steps of the Capitol building, Sacramento, California before delivering the petitions to the Governor.

Azteca dancers arrayed in colorful ceremonial gear started off the program with a performance and smudged the petitions and participants.

In spite of receiving 1,000,000 signed petitions on November 1 and being confronted with 30,000 people marching in a climate protest in San Francisco in September, Governor Jerry Brown did not change any of his positions on fossil fuel extraction, carbon trading, the Delta Tunnels and other questionable environmental policies.

Now activists will be putting political pressure on the incoming Democratic Governor, Gavin Newson, to do the right thing and change the state government's course on these issues.

Hopefully, Newson will be open to breaking with Brown’s controversial policies, including his oil drilling expansion, carbon trading program and Delta Tunnels project.

With this in mind, Idle No More SF Bay members and their allies on December 22, 2018, sang special Christmas carols at the Marin County home of California Governor-Elect Governor Gavin Newsom. The lyrics in the songs asked Newson to make “courageous decisions on a survivable climate,” including stopping the oil drilling expansion, carbon trading program and Delta Tunnels project of Governor Jerry Brown, as well as opposing the federal Shasta Dam raise.

As they were caroling, Jennifer Siebel Newsom, Newsom’s wife and a prominent filmmaker, asked her driver to stop the SUV she was riding in down the driveway and got out of the car to talk to the carolers. She talked with Alison Ehara-Brown and Dr. Melinda Micco from Idle No More SF Bay and the Indigenous Women of the Americas Defending Mother Earth Treaty. Siebel Newson explained that Gavin Newson was at a funeral at the time.

Siebel Newson began singing the Little Drummer Boy with the revised lyrics along with the carolers after she was invited to do so. Here are some of the lyrics, written by Ehara-Brown, Maria De Lime Dorsey, Amanda Bloom and Amy Hutto:

Are you gonna do something? pa rum pa pum pum

We’re so excited to see what you’ll bring

Apparently so much we’ve come to sing

No new fracking wells, or refineries

To keep the future for everybody

For more information, go to: http://www.dailykos.com/…

As Governor Brown was getting ready to leave the Governor’s Office, the Public Accountability Initiative published a new report revealing that one of Brown’s closest confidants is a top California oil lobbyist who has repeatedly lobbied his office on behalf of industry clients that received major concessions from Brown.

“Lucie Gikovich, a lobbyist with the Crane Group, has been the top California lobbyist for oil industry powerhouse Phillips 66 since late 2012, raking in nearly a million dollars. She lobbied Brown’s office repeatedly on his cap and trade program, which ultimately contained concessions worth billions of dollars to oil refiners like Phillips 66,” according to the Initiative.

“After the historic Aliso Canyon methane leak of 2015-2016 and the evacuation of thousands of nearby residents, Gikovich lobbied Brown’s office on behalf of SoCalGas, the owner of the gas field, against a bill that would have granted disaster victims more options to litigate against the company. Brown vetoed the bill after Gikovich lobbied his office. The report also shows that Gikovich lobbied Brown’s office on behalf of Halliburton on a major fracking regulation bill that many criticized as containing concessions to the fossil fuel industry,” the group eported.

“Gikovich has been a close confidant of Brown’s for decades. She was a top aide during Brown’s first stint as Governor from 1975 to 1983 and was paid $780,000 to represent the city of Oakland when Brown was mayor between 1999 and 2007. Gikovich has lobbied Brown’s office on behalf of corporate clients since 2011, even as Brown stayed at her Washington, DC home, a possible violation of ethics rules, and brought her on official trade delegations abroad in 2013 and 2014,” the initiative stated.

The report calls on Governor-Elect Gavin Newsom to “sever the state’s ties with Gikovich and to support an independent investigation into Gikovich's lobbying efforts in California under Brown.” To read the full report, go to: public-accountability.org/...
§Adelita Serena, Mothers Out Front, and Matt Nelson, Presente.org
by Dan Bacher Monday Jan 7th, 2019 9:41 AM 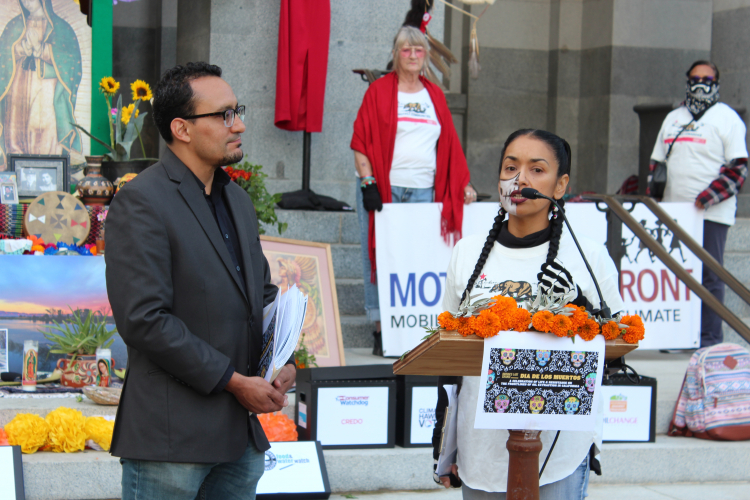 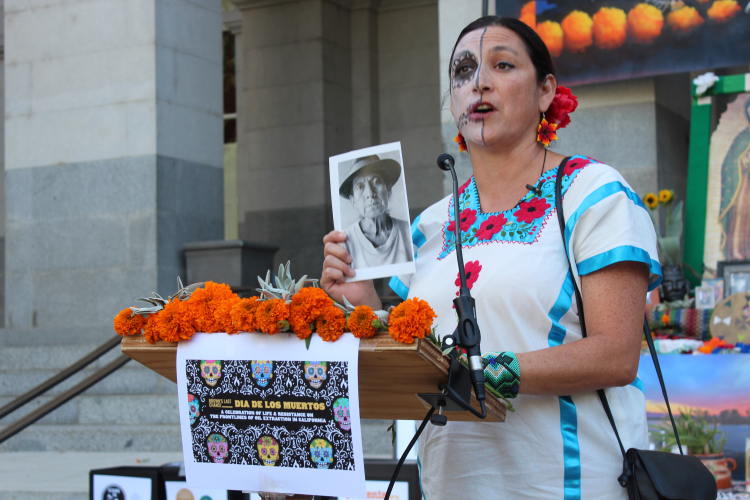 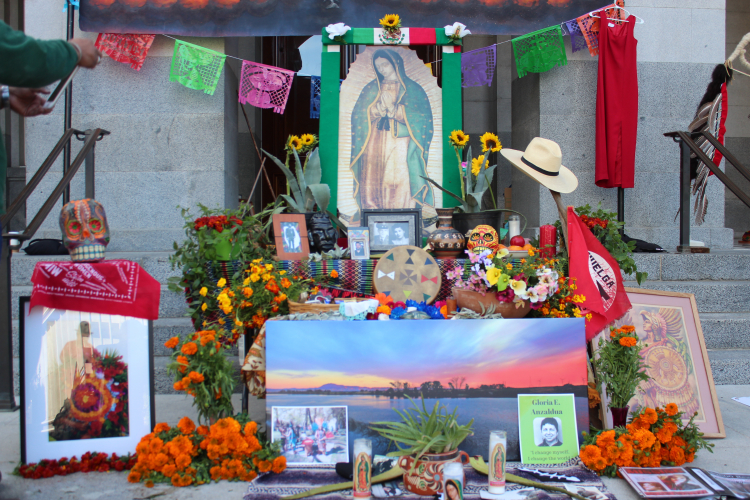 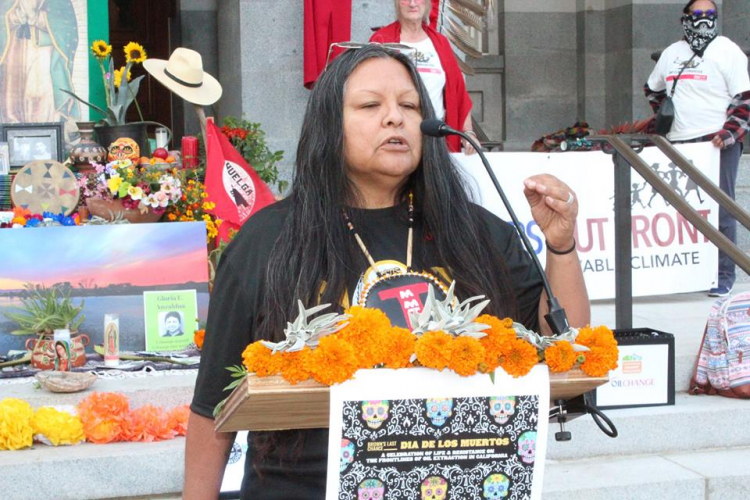 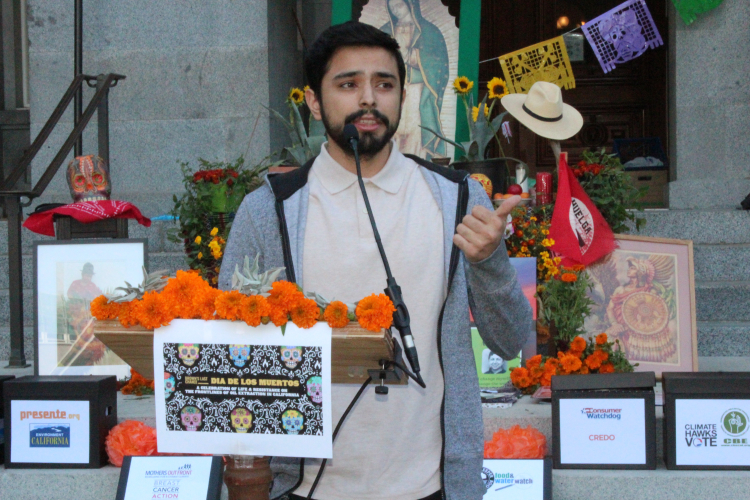 original image (5184x3456)
Add Your Comments
LATEST COMMENTS ABOUT THIS ARTICLE
Listed below are the latest comments about this post.
These comments are submitted anonymously by website visitors.