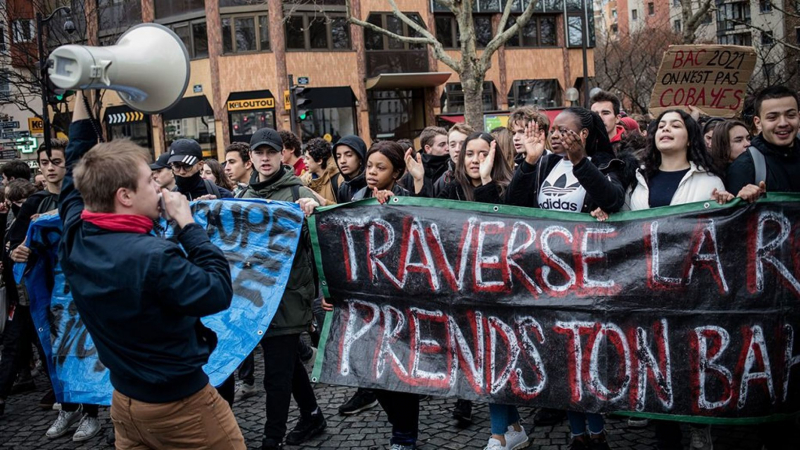 original image (1862x1048)
French students are shutting down the colleges demanding an end of privatization, repression and racism. They have faced terror tactics by the police.
https://www.youtube.com/watch?v=W802VnNdrWM
§Working People Are Fed Up With Macron
by United Public Workers For Action Sunday Dec 16th, 2018 6:16 PM 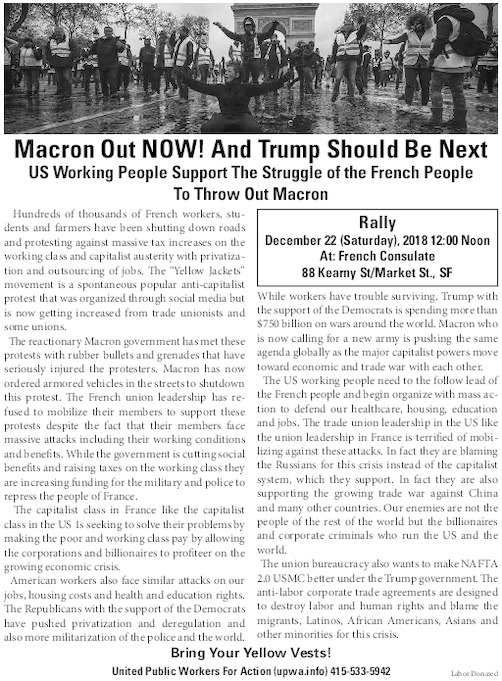 Download PDF (69.3KB)
The working people of France are fed up with the austerity and repression of the Macron government. The Trump government is also implementing the same economic policies as Macron.
https://www.youtube.com/watch?v=W802VnNdrWM
Add Your Comments
Support Independent Media
We are 100% volunteer and depend on your participation to sustain our efforts!