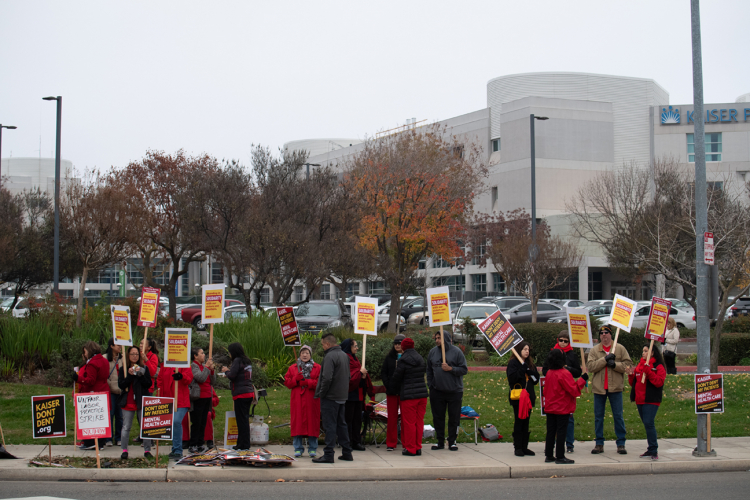 original image (1296x864)
Kaiser Permanente, the healthcare giant, was the location for a picket line in Fresno December 10th to 14th by the National Union of Healthcare Workers. Mental health workers in the NUHW, 4,000 statewide, struck to pressure Kaiser to improve staffing and scheduling to meet the needs of patients. Kaiser was fined $4 million by the State of California five years ago, and another million-dollar fine is threatened, because they do not give parity to mental health care. Parity means a mental health patient must be given the same standard of care as a patient with a broken bone or diabetes. There is only one full time mental health clinician for every 3,000 Kaiser members, and wait times for mental health care is a critical issue.

The strikers, who include therapists, psychologists, social workers and psychiatric nurses, took the week without pay or strike pay. I spoke to three of them on the picket line at Fresno Medical Center on December 10. They gave their names as Terry, Greg and Christine.

Greg added, “This has been going on throughout the time that I’ve worked at Kaiser, at least ten years.”

All three agreed that therapy sessions needed to be once a week or once every two weeks for the patient and therapist to feel a continuity in the care. Otherwise they spend too much time getting acquainted and re-acquainted, and don’t get to dealing with issues.

A Kaiser statement said the strikers are after economic gains first and foremost.

Christine felt differently: “There are some economic issues that we’re fighting for, but none of them are things that Kaiser hasn’t already given to other unions. They’re simple things like cost of living increases; we’re not looking for huge increases in salaries or anything like that. I’m not here for an increased wage. I’m here to provide better care for the people that I serve … At least we’re having a dialogue about what can make things different. I realize that would take a lot of creativity. We believe that Kaiser leadership is capable of creativity, it’s an amazing organization, we wouldn’t work for it if we didn’t have faith in [it]. We´re asking them to join us in a creative solution to this problem that’s affecting people all up and down the region.” 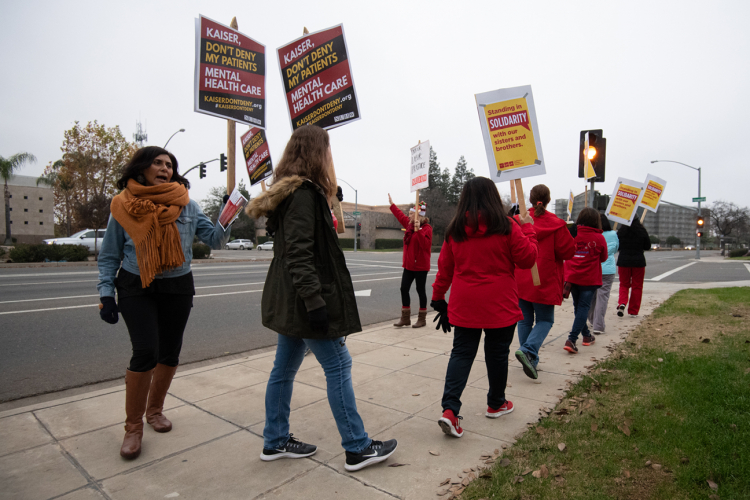