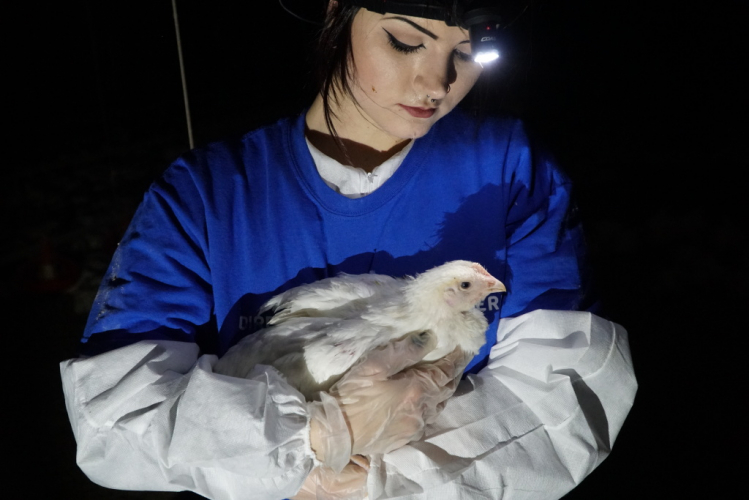 original image (1024x683)
Investigators with the animal rights network Direct Action Everywhere (DxE), including a former Chipotle kitchen manager, released an investigation of a chicken farm which supplies to Chipotle, revealing birds starving, crowded, and collapsed on the floor of a filthy industrial shed.

A former Mechanicsburg, PA Chipotle restaurant manager, Rachel Ziegler, secretly obtained footage tying the company to cruel factory farms. While working for Chipotle, she trained team members in the company’s motto: Food with Integrity. The company prints on each of its bags, “No animal cruelty,” and employees are encouraged to talk about the humane conditions on Chipotle farms.

Then one day she saw a DxE investigation video of a Whole Foods “Certified Humane” “cage-free” egg farm, showing thousands of hens crammed into filthy industrial sheds, many of them sick, injured, starving, dying and dead. It reminded her of Chipotle’s own messaging, and she decided she wanted to find out more.

She began sneaking photos of company packages to verify the suppliers. Shockingly, she saw the same supplier name on the packages as a local factory farm: Bell and Evans. She drove by the facility and saw that, contrary to the company’s messaging, it was a massive industrial facility. So she decided to take a look inside.

What she found was the polar opposite of the bucolic imagery in Chipotle ads and manuals. Thousands of birds were confined in a single, filthy shed. Baby chicks crowded together--starving, injured and dead. Seeing animals suffering, she removed one of the hens, who now lives happily at a farm animal sanctuary.

“Consumers choose Chipotle because they care about animals,” said Ziegler. “But Chipotle abuses that trust, reaping millions in profits through lies and animal cruelty.”

The DxE activists call Chipotle’s misleading marketing “humane washing,” a reference to “greenwashing” by corporations who market their products as environmentally friendly, when in reality they are not. Ziegler notes that, despite its professed concern for animal welfare, Chipotle often purchases meat from the same concentrated animal feedlot operations (so-called “factory farms”) as other buyers--a fact verified with recent phone calls to various Chipotle locations. The Global Animal Partnership standards which Chipotle touts has no enforcement mechanism. There are no federal animal welfare protections for chickens, and Pennsylvania law exempts “normal agricultural operations” from its animal cruelty laws, to include such things as mass confinement, filthy air and debeaking of baby chicks, leading to chronic pain.

With no accountability or enforcement mechanism, activists say they have no choice but to take action themselves, and intend to continue to investigate and expose industry abuses.

UPDATE: Chipotle did cut ties with this supplier after the investigation, as noted in a NowThis video of the investigation, which is going viral.
https://www.directactioneverywhere.com
§Crowding
by Direct Action Everywhere Friday Dec 7th, 2018 3:52 PM 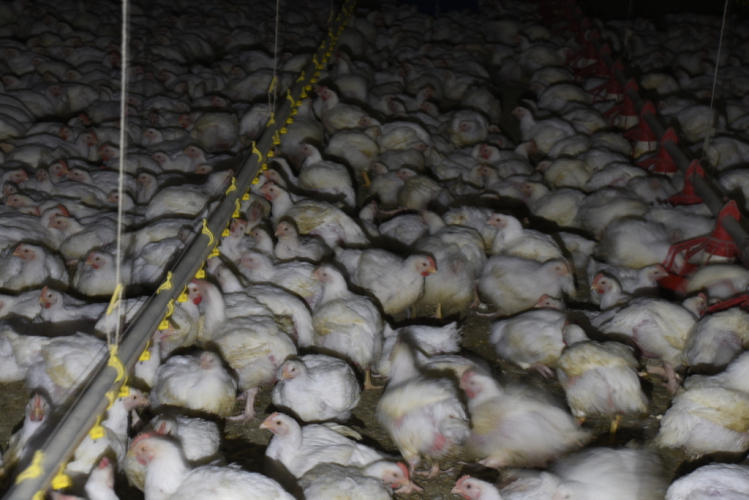 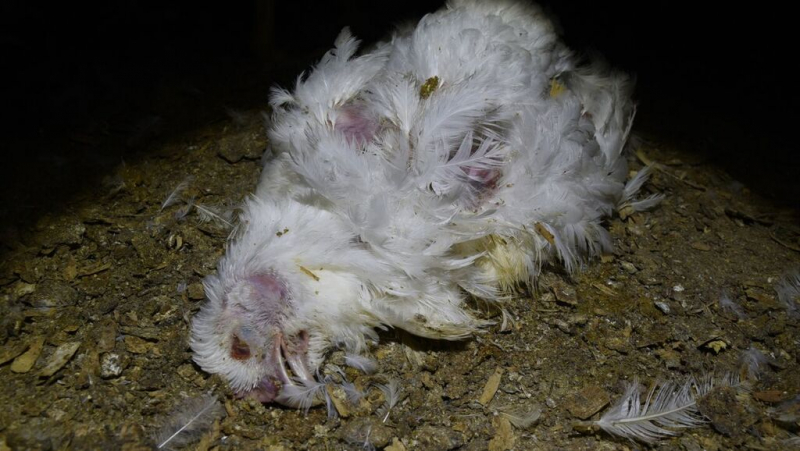