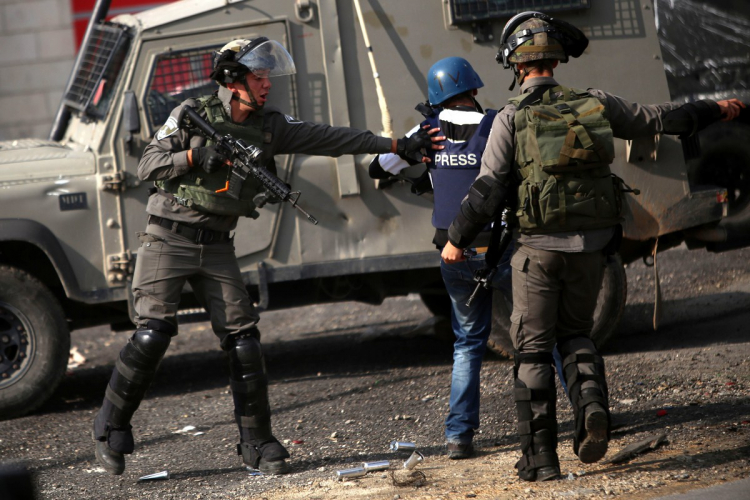 original image (1200x800)
37 violations were documented, and extended to include: arrests, physical assaults, barring from trial and banning from coverage. The physical assaults and direct targeting occupied the highest figure of the Israeli violations. Some 19 Palestinian journalists were assaulted and injured, due to live Israeli bullets, rubber-coated bullets, tear gas canisters, sound bombs and beatings.

The report also documented three cases of raiding and ransacking of homes belonging to Palestinian journalists, before abducting the journalists.
http://imemc.org/article/37-israeli-violat...
Add Your Comments
Support Independent Media
We are 100% volunteer and depend on your participation to sustain our efforts!