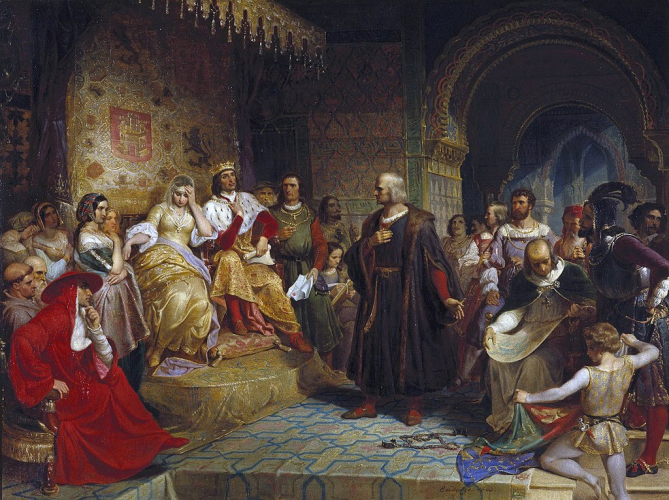 Published by the California Department of Education, Sacramento, 2017

Why did different groups of immigrants decide to move to California?

What were their experiences like when they settled in California?

How did the region become a state, and how did the state grow?

The history of California is rich with ethnic, social, and cultural diversity; economic energy; geographic variety; and growing civic community. The study of California history in the fourth grade provides students with foundational opportunities to learn in depth about their state, including the people who live here, and how to become engaged and responsible citizens. California’s history also provides students with the opportunity to develop important language and literacy skills and to learn that history is an exciting, investigative discipline. As students participate in investigations about the past, they will learn to identify primary sources, understand them as a product of their time and perspective, and put them in a comparative context.

Students will also learn to make claims (through writing and speaking) about sources and how to use textual evidence to support a claim.

The story of California begins in pre-Columbian times, in the cultures of the American Indians who lived here before the first Europeans arrived. The history of California then becomes the story of successive waves of immigrants from the sixteenth century through modern times and the enduring marks each left on the character of the state. Throughout their study of California history, students grapple with questions to understand the impact of (im)migration to California.

These immigrants include (1) the Spanish explorers, Indians from northern Mexico, Russians, and the Spanish–Mexican settlers of the mission and rancho period, known as Californios, who introduced European plants, agriculture, and a herding economy to the region; (2) the Americans who settled in California, established it as a state, and developed mining, trade in animal hides, industries, and an agricultural economy; (3) the Chinese, Japanese, Koreans, Filipinos, South Asians (predominantly Sikhs), and other immigrants of the second half of the nineteenth century and the early decades of the twentieth who provided a new supply of labor for California’s railroads, agriculture, and
industry and contributed as entrepreneurs and innovators, especially in agriculture; (4) the immigrants of the twentieth century, including new arrivals from Latin America and Europe; and (5) the many immigrants arriving today from Latin America, the nations of the Pacific Basin and Europe, and the continued migration of people from other parts of the United States.

To bring California’s history, geography, diverse society, and economy to life for students and to promote respect and understanding, teachers emphasize its people in all their ethnic, racial, gender, and cultural diversity.

Fourth-grade students learn about the daily lives, adventures, accomplishments, cultural traditions, and dynamic energy of the residents who formed the state and shaped its varied California History–Social Science Framework

landscape. There are multiple opportunities for students to learn what citizenship means by exploring the people and structures that define their state. In grade four, emphasis is also placed on the regional geography of California. Students analyze how regions of the state have developed through the interaction of physical characteristics, cultural forces, and economic activity and how the landscape of California has provided different resources to different people at different times, from the earliest era to the present. Through an understanding of maps, geographic information, and quantitative analysis, students should come away from their California history course with an understanding of the important interactions between people and their environment.

Finally, students will be able to develop chronological thinking by creating and utilizing timelines that document events and developments that changed the course of California history such as pre-Columbian settlements, European settlement, the mission period, the Mexican-American War, the Bear Flag Republic, the Gold Rush, California’s admission to statehood in 1850, and the state’s rapid growth in the twentieth century. Most importantly, as students delve into various topics and inquiries throughout the year, they should be encouraged
to see the big picture and understand a broader historical context rather than simply understanding discrete events and people as isolated features of the past.

Teachers can facilitate a broader contextual explanation of California’s history by asking investigative and interpretive questions over the course of the year.

Questions may include: When did California grow? This question can be explained in demographic, geographic, and economic terms. Students may also consider fundamental questions that help define and understand their home, such as Who lived in California? Who led California? and How did the region change when it became a state?
https://sites.google.com/site/cahistoryfor...
Add Your Comments
Support Independent Media
We are 100% volunteer and depend on your participation to sustain our efforts!