Add an Event
Newswire
Calendar
Features
Home
Donate
From the Open-Publishing Calendar
From the Open-Publishing Newswire
Indybay Feature
Publish to Newswire
Add an Event
Related Categories: South Bay | Immigrant Rights
Demonstrators in San Jose Call for Justice and Compassion at the Border
by photos: Deb Hoag text: R.R.
Monday Dec 3rd, 2018 2:44 AM
One week to the day after United States Border Patrol agents fired tear gas at migrants who tried to evade a Mexican police blockade in Tijuana and cross into the U.S., demonstrators in San Jose, California rallied during a nationwide weekend of action.
Photos by Deb Hoag. Please credit the photographer. 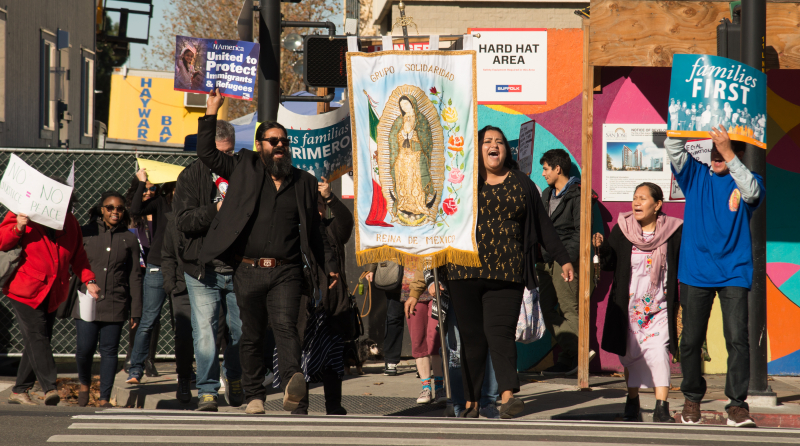 original image (3600x2007)
On December 2nd, demonstrators in San Jose rallied calling for justice and compassion at the United States southern border. Speakers included members of the South Bay activist community who have long worked for immigrant rights, who said they are extremely upset about the tear gassing of children.

Exactly one week before their protest in San Jose, United States Border Patrol agents fired tear gas at migrants who tried to evade a Mexican police blockade in Tijuana and cross into the U.S.

The protesters, who assembled in front of San Jose City Hall and marched to the federal building after a rally, were part of a nationwide "Stop The Tears Protest" organized by Families Belong Together, an umbrella organization for groups that oppose America's draconian immigration policies. Many San Jose organizations, including the San Jose Peace and Justice Center, Indivisible, and CodePink participated in the rally. 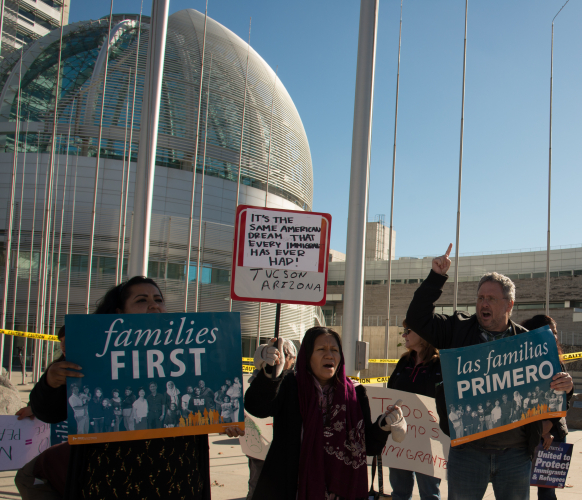 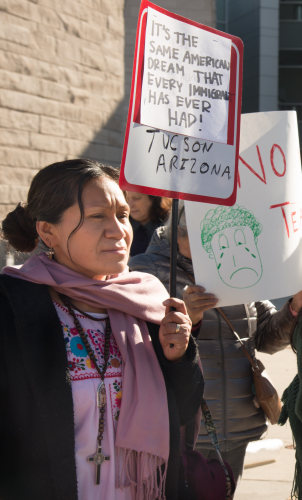 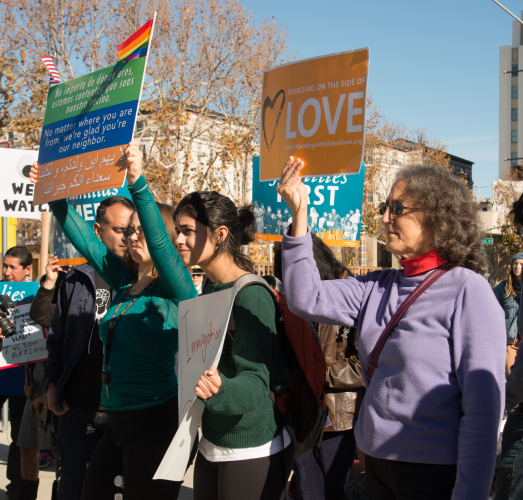 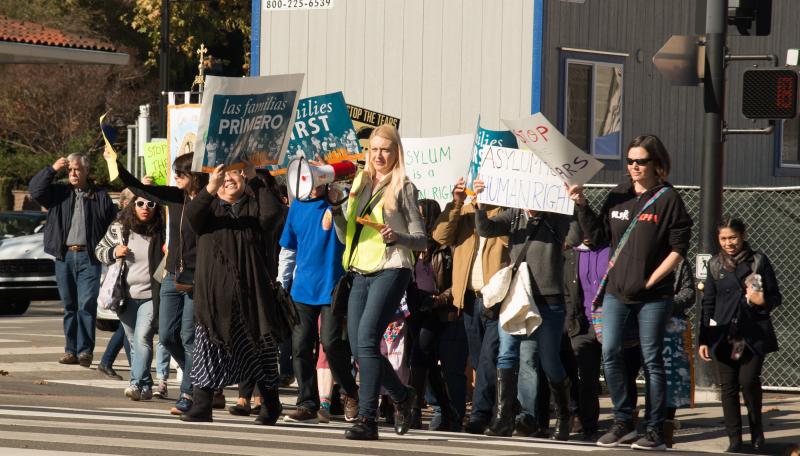 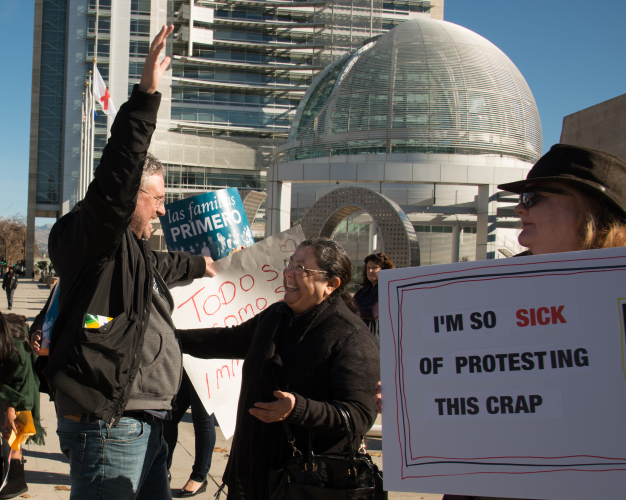 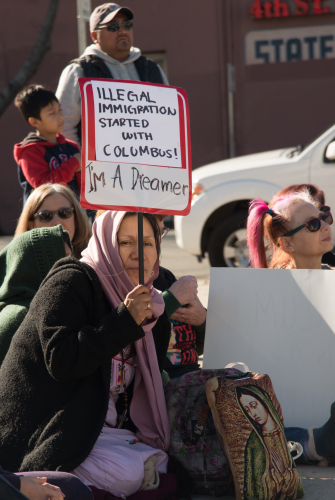 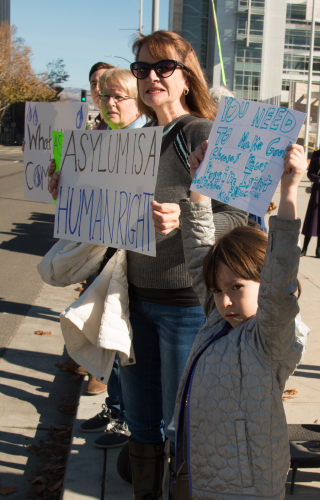 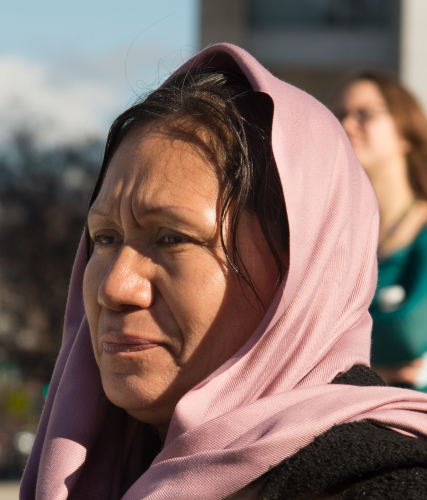 original image (2054x2400)
Add Your Comments
Support Independent Media
We are 100% volunteer and depend on your participation to sustain our efforts!