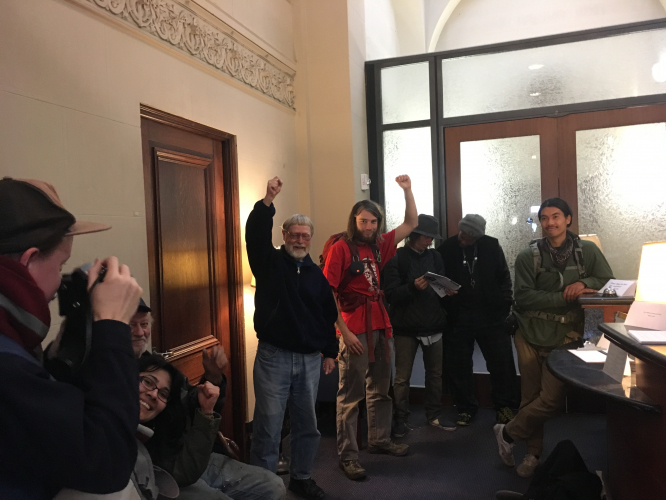 original image (4032x3024)
We packed the Oakland Mayors office today! Morale was high and we didn’t take no for an answer.
The office staff tried to pretend that no one from the mayors office was around to speak with us.
After an hour of making a ruckus, a member of the mayors staff came out and we are happy to announce that SOME property will be release tomorrow!!
RV residents will have to go in as a group tomorrow morning to The Oakland PD administrative building for a release of property.
The fight isn’t over!! And we will continue to organize against these abuses!! Join us this Wednesday, December 5th @ 5pm in Raimondi Park for a cookout!
We will be celebrating this small victory and planning more resistance!!
Add a Comment
Support Independent Media
We are 100% volunteer and depend on your participation to sustain our efforts!