Add an Event
Newswire
Calendar
Features
Home
Donate
From the Open-Publishing Calendar
From the Open-Publishing Newswire
Indybay Feature
Publish to Newswire
Add an Event
Related Categories: Immigrant Rights
Showing Up for Racial Justice in Oakland
by photos: Charlie Moehle text: R.R.
Sunday Dec 2nd, 2018 4:02 AM
On November 25 after a few migrants tried to breach a fence between the U.S. and Mexico, the United States Customs and Border Protection (CBP) agency fired tear gas and shot rubber bullets across the border. On December 1 protesters reacted to this injustice in front of the Grand Lake Theater.
Photos by Charlie Moehle. Please credit the photographer. 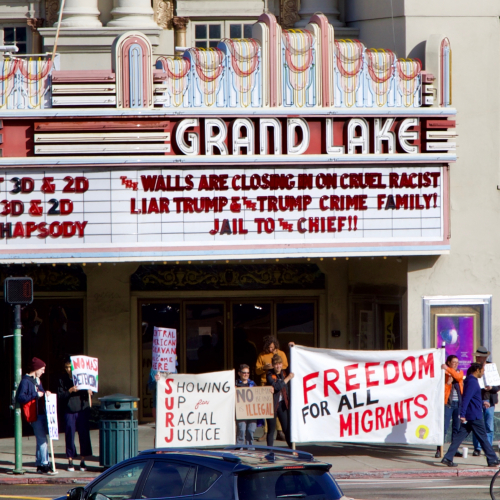 original image (1806x1806)
Trump has made preventing caravan members from entering into the United States a flashpoint even though the refugees of the Central American exodus are fleeing poverty and violence in their homelands. More than 4,700 migrants have been living in a crammed sports complex in Tijuana while they wait to cross the border but CBP is processing fewer than 100 asylum claims per day.

Last Sunday afternoon after a few migrants tried to breach a fence between the U.S. and Mexico, CBP shut down the border crossing and fired tear gas and shot rubber bullets across the dividing line; migrants including women and small children were injured.

The following Saturday, protesters in Oakland gathered at the Grand Lake Theater together with members of SURJ (Showing Up for Racial Justice) to create a human billboard and protest the inhumane treatment of migrants seeking asylum. They carried signs with slogans including "No más detención" and "No more Mr. ICE guys". The Grand Lake Theater marquis read "Jail to the Chief". 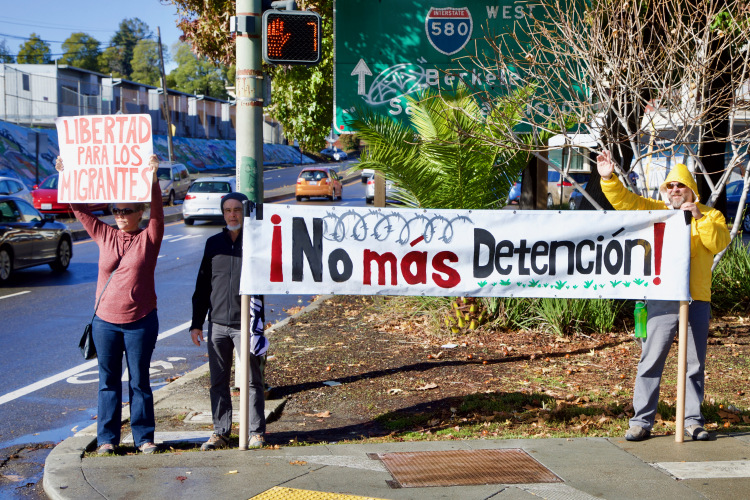 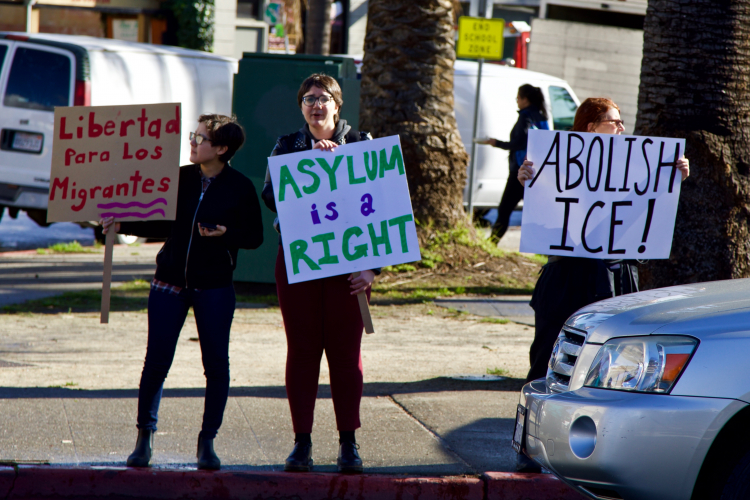 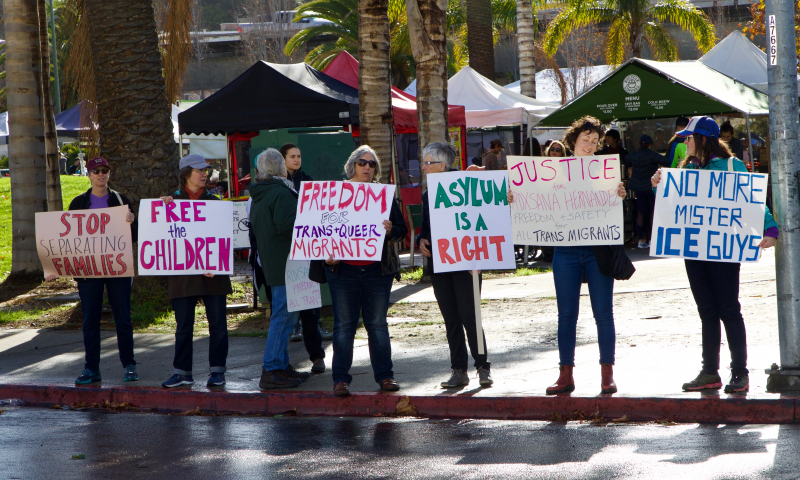 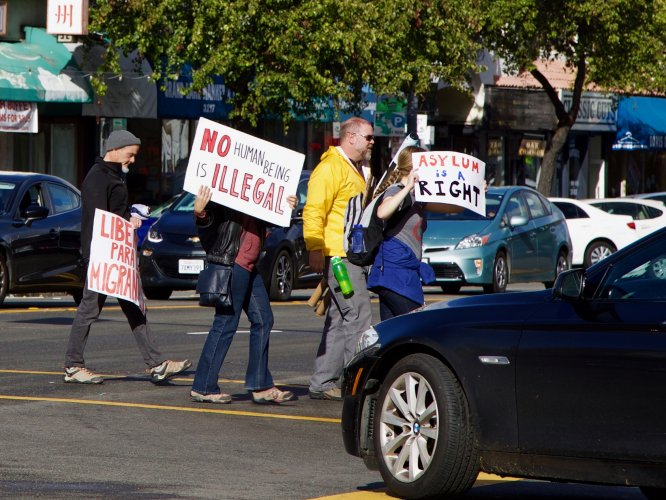 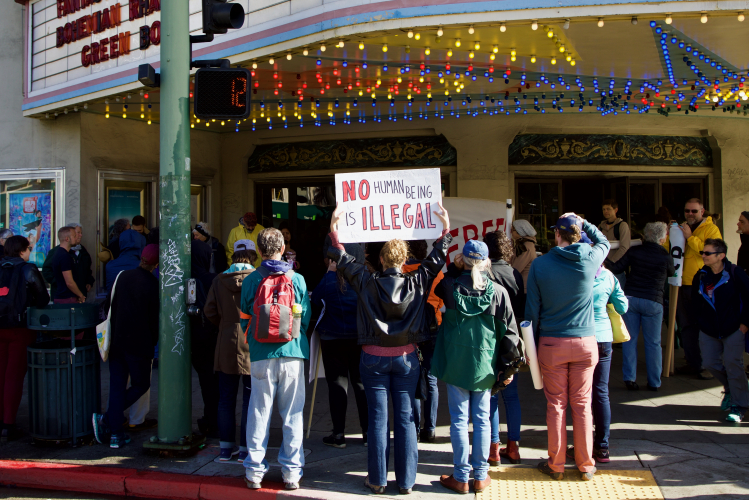 original image (5568x3715)
Add Your Comments
Support Independent Media
We are 100% volunteer and depend on your participation to sustain our efforts!