Add an Event
Newswire
Calendar
Features
Home
Donate
From the Open-Publishing Calendar
From the Open-Publishing Newswire
Indybay Feature
Publish to Newswire
Add an Event
Related Categories: California | Immigrant Rights
Refuse Fascism LA Members Witness War on Immigrants at the Border
by R.R./Photos by Peter Switzer
Tuesday Nov 27th, 2018 4:47 AM
On November 25th, members of Refuse Fascism LA traveled to San Ysidro, the town right next to the U.S /Mexico border, where they joined a protest in support of asylum seekers. Photos by Peter Switzer, except where noted. 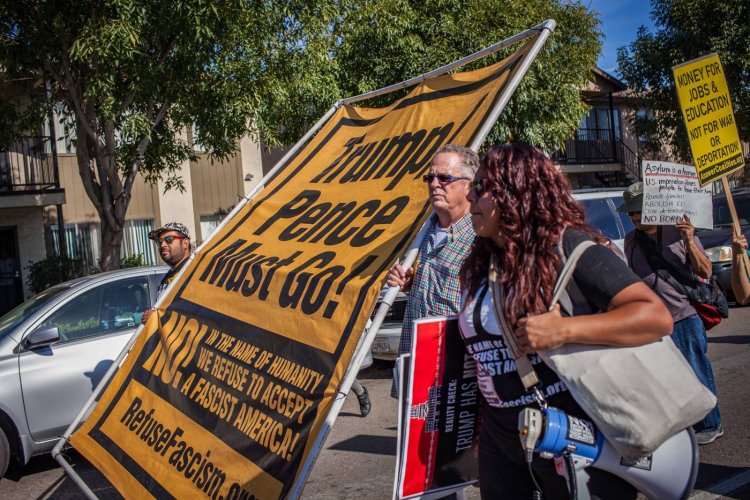 original image (1400x933)
Refuse Fascism LA attended a multi-group protest supporting migrants at the US-Mexico border in San Ysidro, California, on Sunday starting at 9am. They reported that low flying US Marine helicopters circled the area the entire morning and were directly overhead the protest.

By 11:30am, over the fence on the Mexico side of the border, US militarization of the border took a huge leap when it opened fire with rubber bullets and tear gas canisters against innocent children, their mothers, and women and men who've migrated north to protect their families, from certain death or worse in their own countries of Central America. Refuse Fascism LA members immediately headed to the area where they heard the military had opened fire.

Hundreds of people were in the streets of San Ysidro soon after hearing that the caravan was under attack. They marched on the US side of the border in solidarity with the asylum seekers. Members of Refuse Fascism say they witnessed a war on immigrants. They heard the tear gas, saw the armored vehicles, and witnessed the US military with machine guns. Refuse Fascism calls for an end to the US war on immigrants. 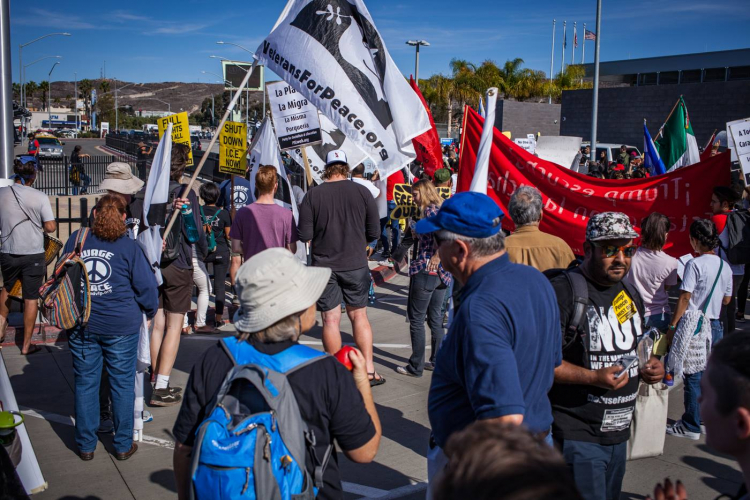 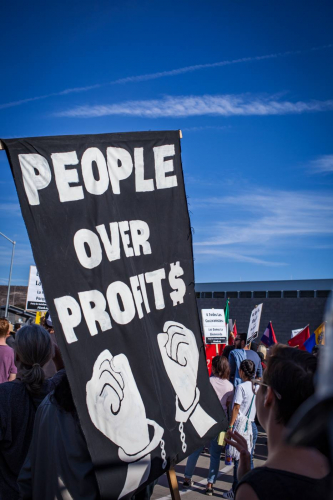 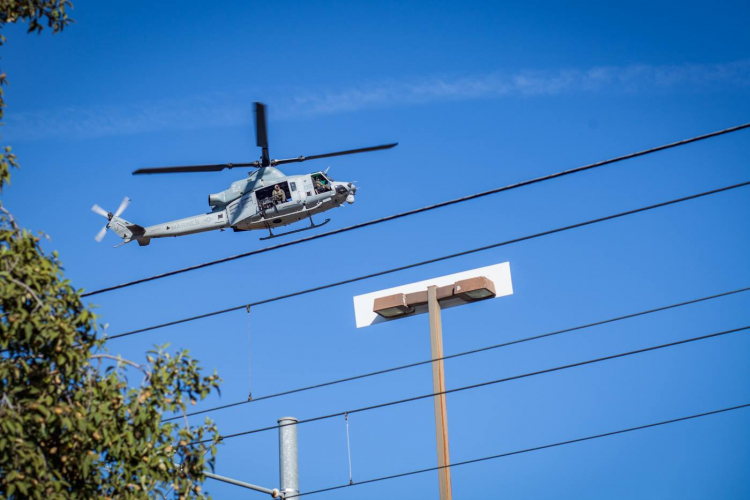 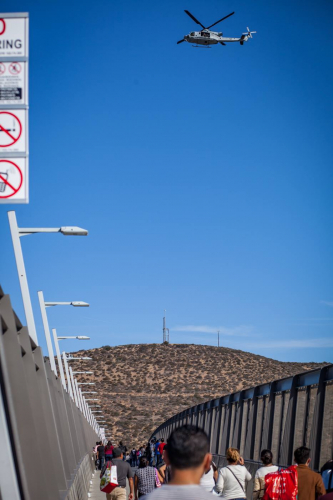 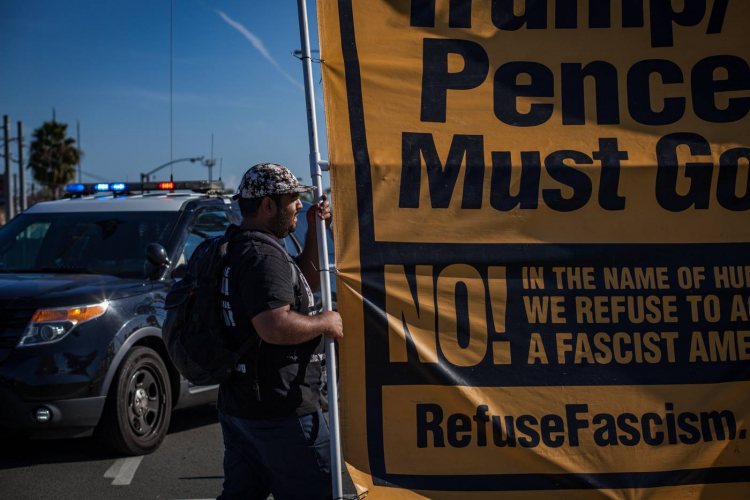 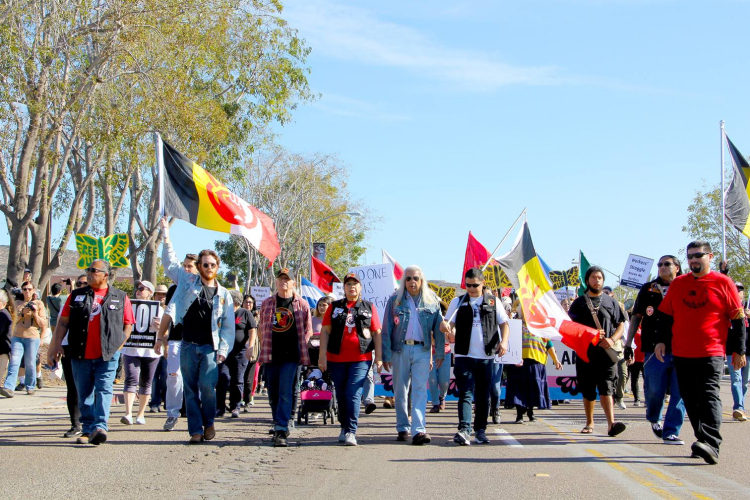 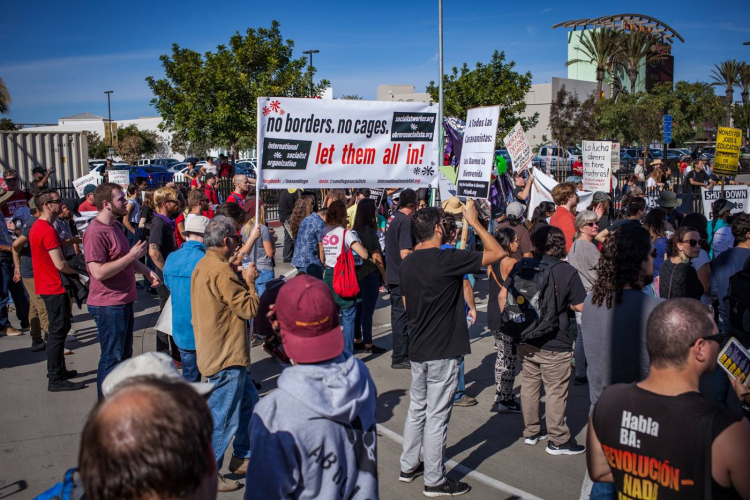 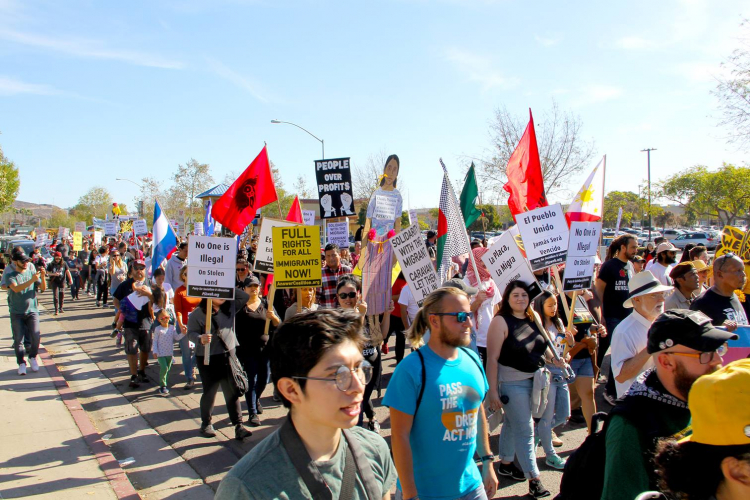 original image (1512x1008)
Add Your Comments
Support Independent Media
We are 100% volunteer and depend on your participation to sustain our efforts!