Protest on the Peninsula: Condemning Violence Against Asylum Seekers 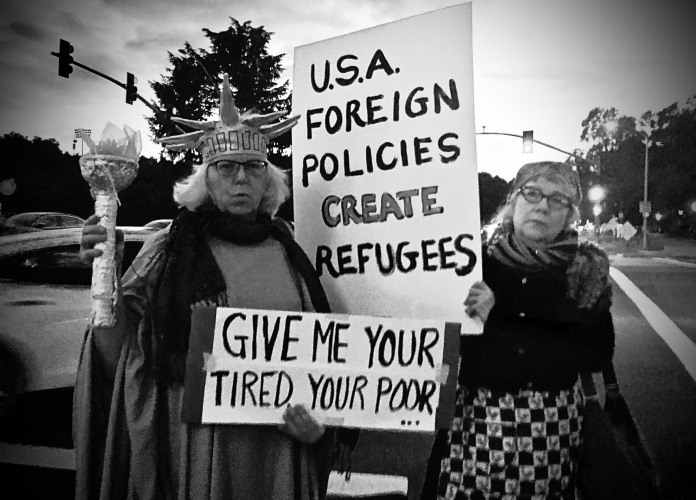 original image (1763x1265)
On Sunday, border officials attacked people seeking asylum at the U.S.-Mexico border, including children and toddlers, with tear gas. This happened just after the Trump administration issued an order authorizing troops at the border to use deadly force against families.

On the San Francisco Peninsula, members of three groups came together to create an emergency response rally the next day. Together We Will Palo Alto/Mtn View chapter, the Raging Grannies Action League, and Indivisible SF Peninsula (CA-14) all had members present.

A popular protest corner, the rally took place near the entrance to Stanford University. Palo Alto High School is directly across the street. The Raging Grannies engaged high school and college students in discussion. A student from Foothill Community College writing a paper on political activism for an anthropology class talked to two of the Grannies at some length. One of the Grannies told a high school student exactly what she thinks of President Trump. 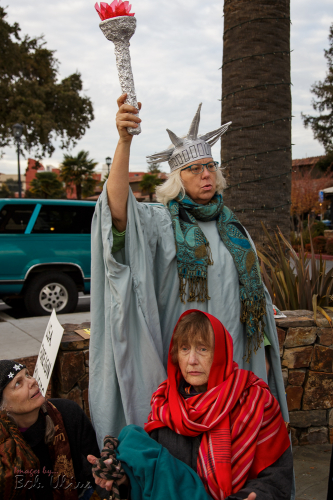 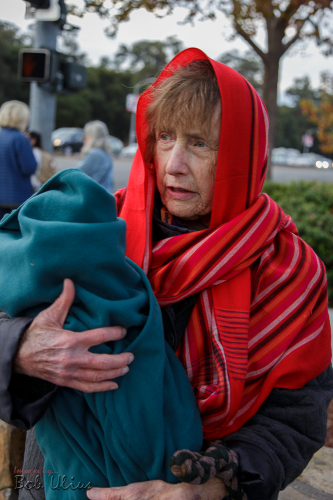 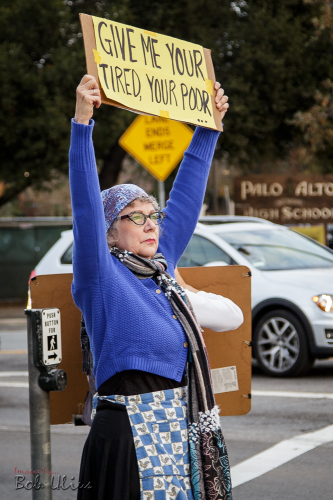 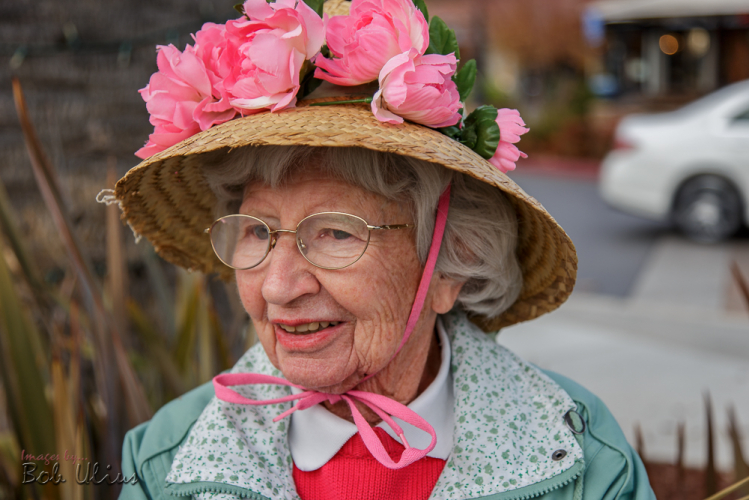 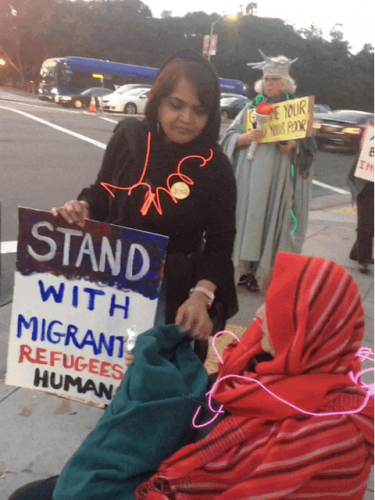 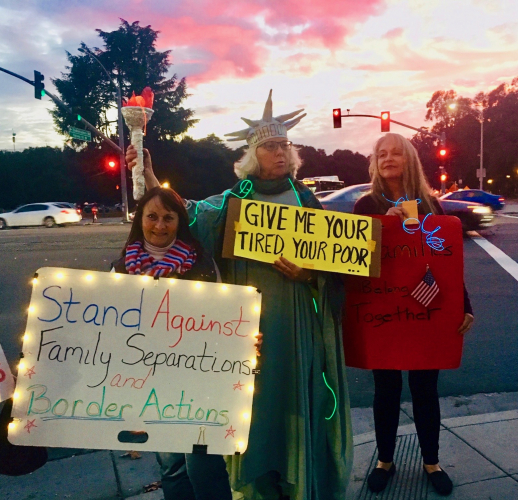 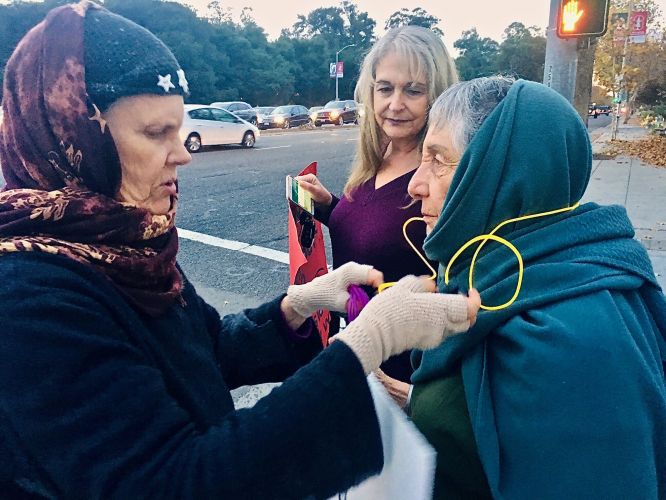 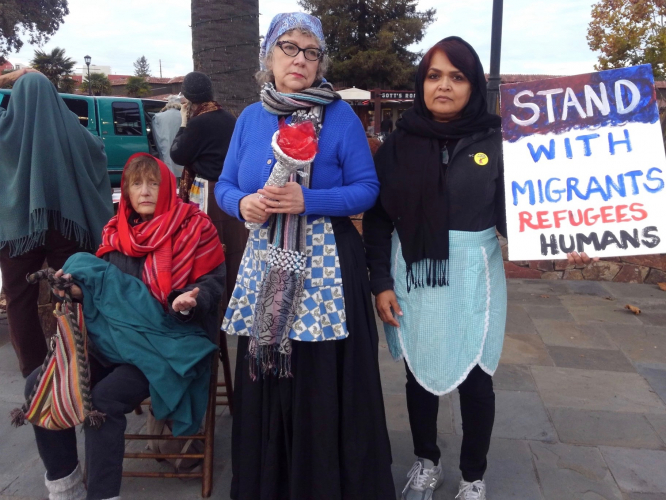 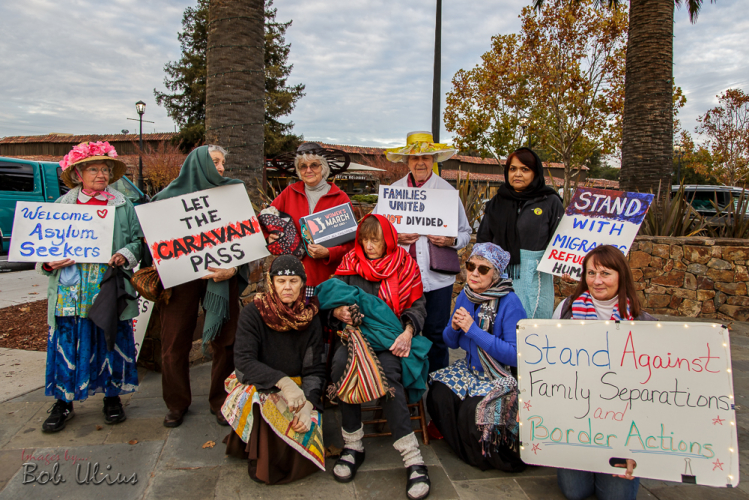 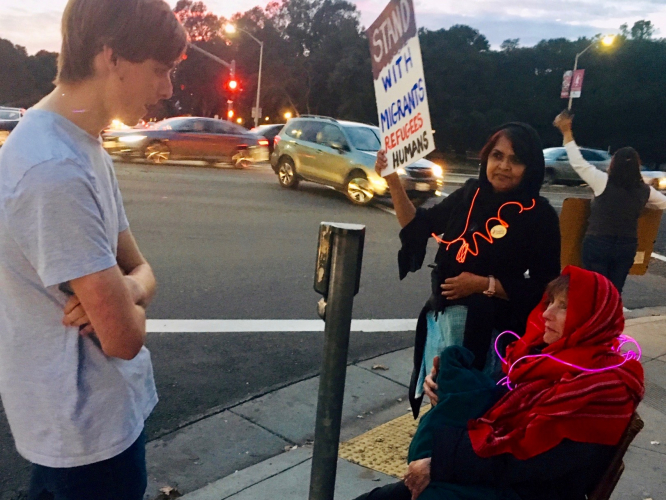 original image (1622x1216)
collecting info for a report from two Raging Grannies
photo by RR
Add Your Comments
Support Independent Media
We are 100% volunteer and depend on your participation to sustain our efforts!