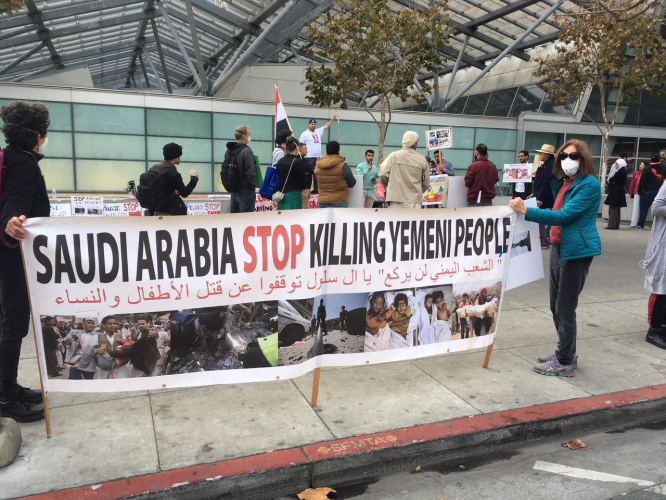 original image (1280x960)
San Francisco activists protested US involvement in the Saudi War in Yemen this week in front of the city’s Federal Building where Nancy Pelosi has an office. Due to the tragic Camp Fire in northern California, the air quality in San Francisco was at a "very unhealthy" level; demonstrators gathered despite risks to their own health. Some wore filtering facepiece respirator masks as they hoisted signs and banners.

The US has been backing the Saudi-led war in Yemen providing mid-air refueling to Saudi Arabia and United Arab Emirates jets that conduct airstrikes. In addition, the US provides help with logistical and intelligence support. The bombing campaign supports a blockade that prevents food, medical supplies and clean water from reaching the people of Yemen. Bombs that strike Yemenis are made in the US and the Saudi-led coalition has killed over 50,000 Yemenis; 14 million people on the brink of the world’s worst famine in a 100 years.

Speakers reminded rally participants to contact their Congressional senators and representatives and urge them to support HConRes138, a measure that would end US support for the Saudi-led war in Yemen. At one point during the rally a speaker made a poignant plea saying one child in Yemen dies every ten minutes. Noting that the rally had already been under way for almost two hours, he encouraged listeners to think about how many children had died just since the rally began earlier in the afternoon. He then asked them, keeping that in mind, to encourage others to call their Congress members and speak out everywhere against the war on Yemen.
§Flag
by San Francisco Protest Thursday Nov 22nd, 2018 2:42 AM 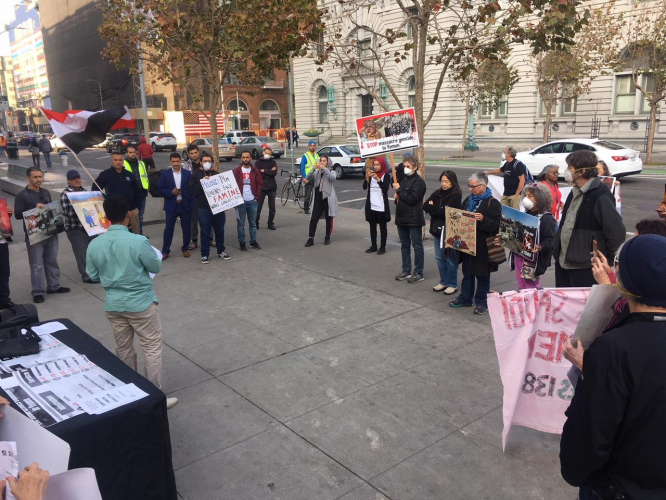 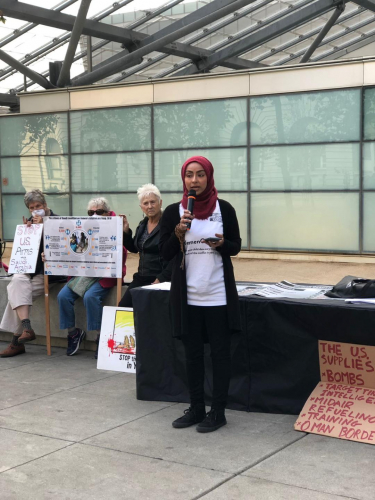 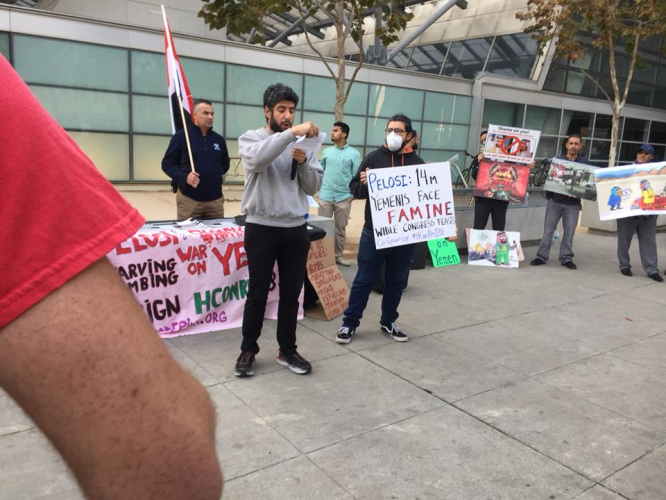 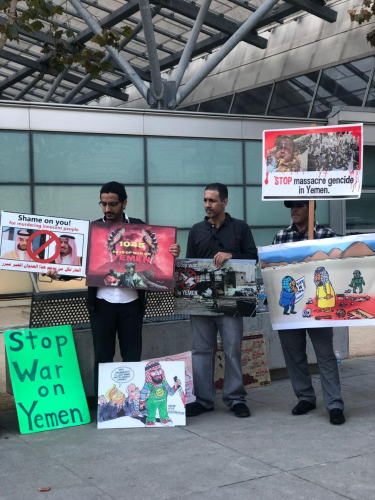 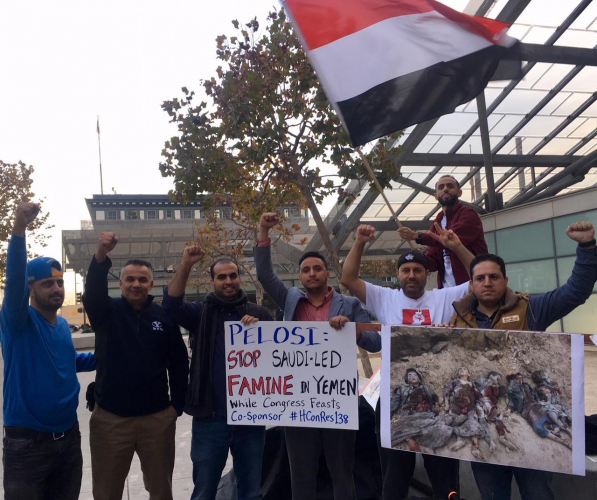 original image (1280x1072)
Add Your Comments
Support Independent Media
We are 100% volunteer and depend on your participation to sustain our efforts!