Newswire
Calendar
Features
Home
Donate
From the Open-Publishing Calendar
From the Open-Publishing Newswire
Indybay Feature
Publish to Newswire
Add an Event
Related Categories: North Coast | Environment & Forest Defense
Continued Occupation Shuts Down SPI Clearcut Logging Operation
by KP
Tuesday Nov 20th, 2018 12:35 PM
At least a dozen Humboldt County forest defenders hiked in to a Sierra Pacific Industries logging operation in the Mattole area, occupying the site, sending the log trucks coming in back out of the forest, effectively shutting it down. The activists were at the same area where a treesitter has been up since last week. 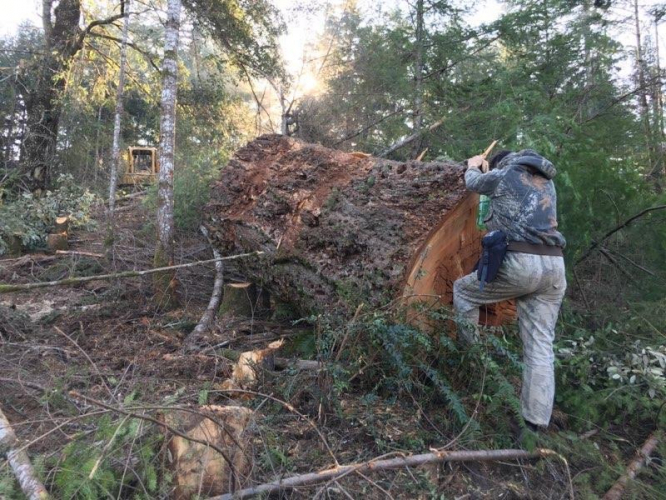 original image (800x600)
After putting up a tree-sit 100’ high in an active Sierra Pacific Industries‘ (SPI) logging plan last Thursday, about a dozen forest defenders were on the ground in the plan this morning, resulting in the shutting down of the logging activity. The timber harvest plan (THP) is in the Rainbow Ridge area in the Mattole River watershed in Humboldt County, site of a long-running, multi-pronged campaign to preserve the legacy forests there under Humboldt Redwood Co. (HRC) ownership. Nearby HRC land is the SPI plan, near Taylor Peak on the North Fork of the Mattole River, and is the “Pig Mat THP”, according to CalFire. Logging trucks on site, attempting to move huge Douglas Fir and Tanoak logs, have left the forest area, about 17 miles in from county roads, and have not returned.

The tree sit, plus a group of activists, and several surrounding old growth trees remain.
This action follows on the heels of the raising of the tree-sit last week, in efforts to protect this area from clearcut logging and the cutting of old growth in the Mattole River watershed. SPI, the largest private landowner in California, is the most prolific clearcutter. A report on the tree-sit, with further background, can be found in the previous IndyBay story at https://www.indybay.org/newsitems/2018/11/18/18819249.php. 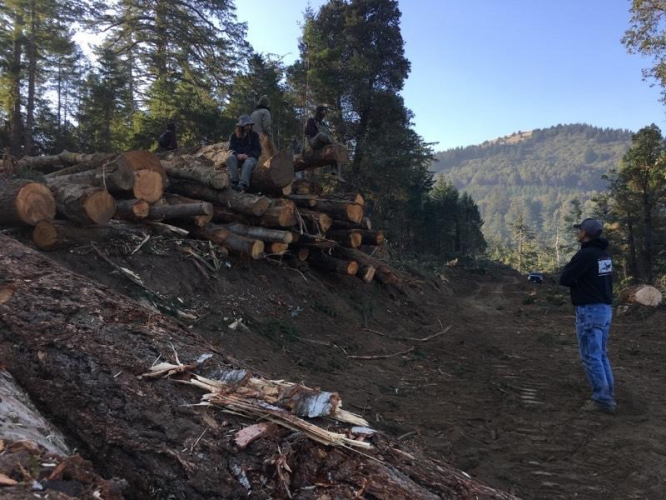