by United Public Workers For Action
A petition campaign has been launched to demand the immediate discharge of San Francisco Human Resources Director Micki Callahan. Many SF city workers have testified that she personally was involved in covering up racist discrimination and illegal retaliation and workplace bullying. This has also cost the City and County of San Francisco more than $70 million from payments for settlements to workers, their lawyers and the City and County lawyers for illegal retaliation and discrimination under Micki Callahan. 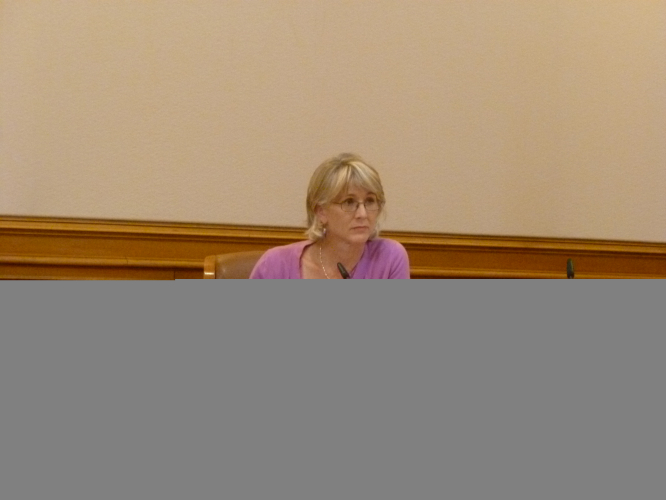 original image (4320x3240)
Sign The Petition-It’sTime For Micki To Go! Are Callahan’s Tenure and Lawsuit Costs Just a Coincidence?

There will be a follow-up hearing on November 27, 2018. What these many cases showed is that there is a pattern of racial discrimination and even physical violence against African American workers and other workers by managers and that top City managers including Human Rights Director Micki Callahan have participated in this discrimination. Callahan in fact was cited personally by many workers for supporting the illegal actions against them and participating in a systemic pattern of racial discrimination.

The Human Resources Director also admitted that there was discriminatory actions including terminations and failure to make probation against African SF City workers by managers far more than their numbers in the workforce. This continues in the City and County of San Francisco.

Additionally, when managers as well as all city workers clearly and seriously violate human and civil rights under City, State and Federal rules and regulations they must be held accountable. Failure to hold such workers and managers accountable means that the City is accepting such conduct and indeed supporting such conduct and many of the managers and executives who engaged in illegal actions against City workers including corruption were not only not held accountable but were actually promoted by Micki Callahan. This is unacceptable and cannot continue. Everyone is equal under the law and the failure to hold these officials accountable needs to end.

We believe that the City must act now to remove Human Resources Director Micki Callahan immediately. This will provide an important message to all managers of the City and County of San Francisco that these actions are unacceptable and top officials will be held accountable for such actions.

We urge to act on this so these issues can be addressed forthwith.


Additional media:
https://www.youtube.com/watch?v=IkoYXzKO_so&t=448s
https://www.facebook.com/United-Public-Workers-for-Action-51652957909/
http://sflaborcouncil.org/wp-content/uploads/2018/05/05-14-18ResSptSEIU-1021-Member-Cheryl-Thornton..pdf
http://sflaborcouncil.org/2018/08/29/http-sflaborcouncil-org-wp-content-uploads-2018-09-09-19-18discrimination-in-sfrallyflier-pdf/
http://www.sfexaminer.com/african-american-workers-blast-city-racism-discrimination-hiring/
https://www.youtube.com/watch?v=F-kmrjrxvF4&t=267s
http://sfbayview.com/2016/05/racism-reigns-at-james-rolph-park-san-francisco/
END_OF_DOCUMENT_TOKEN_TO_BE_REPLACED
Related Categories: San Francisco | Labor & Workers | Racial Justice
§Micki Callahan SF Human Resources Has Cost SF City $70 Million
by United Public Workers For Action
San Francisco Human Resources Director Micki Callahan has personally helped managers violate discrimination and retaliation laws along with allowing systemic racist discrimination in the City and County. She has also cost the City and County over $70 million in settlements to illegally fired workers, their attorneys and City Attorneys for violation of discrimination laws and for being fired for whistleblowing against corruption by top managers. She admitted at a SF Board Of Supervisors audit meeting on September 19 2018 that there was systemic discrimination against African American workers who were being discharged before getting senoritiy and being place in temporary positions in larger number that other races and nationalities.
END_OF_DOCUMENT_TOKEN_TO_BE_REPLACED
Add Your Comments
Latest Comments
Listed below are the latest comments about this post.
These comments are submitted anonymously by website visitors.
TITLE
AUTHOR
DATE
Breed Must Terminate Micki Callahan!
Patrick Monette-Shaw
Time For Micki To Go
Rank and File SF City Workers
Support Independent Media
We are 100% volunteer and depend on your participation to sustain our efforts!