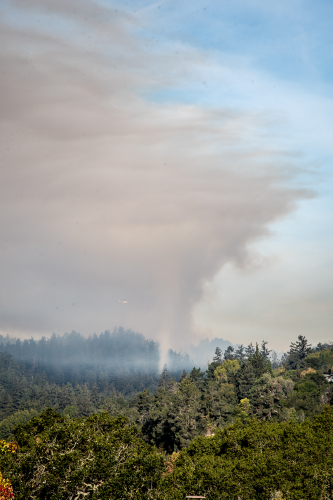 original image (2003x3000)
While police have arrested at least two individuals specifically for arson, a press release issued by Cal Fire on November 9 charges that some of the fires in the Santa Cruz Mountains originated from "illegal campsites."

The Rincon Fire has been the largest of the recent fires in the area, burning 17 wooded acres and coming very close to homes in the Paradise Park area along Highway 9.

The homeless community has received some backlash from individuals on social media. Some of the comments have been preserved by the group "Take Back Santa Cruz from TBSC" on their Facebook page. One called those involved with the recent incidents, "tweakers with fire".

City policy leaves homeless individuals continuing to be shuffled around the greenbelt. These latest park closures in Santa Cruz follow the closures of San Lorenzo and Grant Street Parks in October. As a result, homeless encampments have swelled around the city, including a new camp between Gateway Plaza and Highway 1, and some camping on Santa Cruz Main Beach. 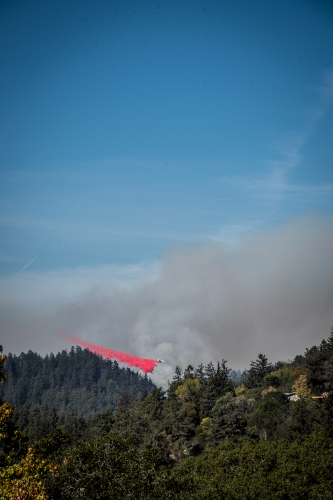 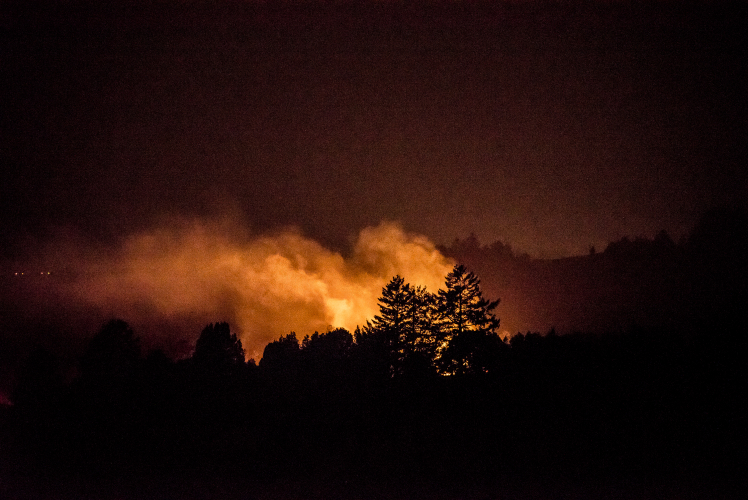 original image (3000x2003)
Add Your Comments
LATEST COMMENTS ABOUT THIS ARTICLE
Listed below are the latest comments about this post.
These comments are submitted anonymously by website visitors.