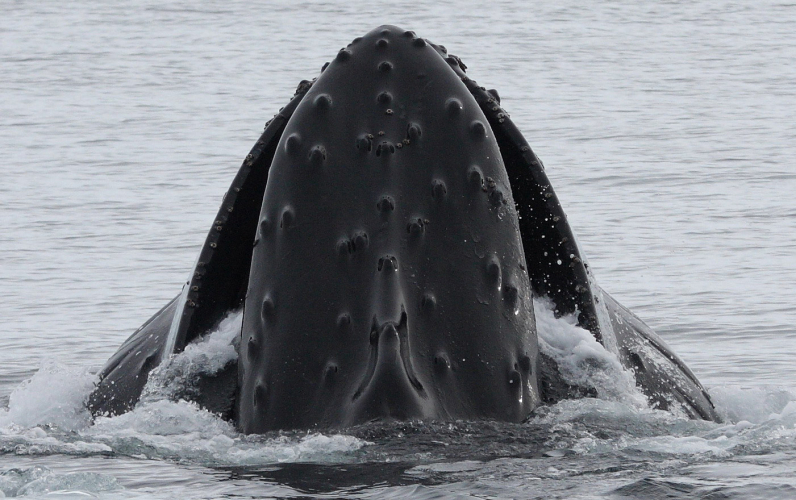 original image (1401x880)
The potential for intensified crabbing activity around San Francisco and Monterey worries the Center for Biological Diversity, which last year sued the department for failing to prevent the record-breaking number of whales entangled in California crabbing gear in recent years. Dozens of humpback whales and two blue whales have been seen this week in Monterey Bay, where commercial crabbers began to set their traps today at 6 a.m., as the state allows.

“Crab season creates a dangerous maze of heavy gear for whales. This week’s limited opener could make Monterey Bay and other areas deadly for endangered whales and sea turtles,” said Kristen Monsell, oceans legal director at the Center. “For years state officials have refused to change the crab fishery to prevent entanglements. That failure is compounded by opening Monterey Bay to crabbing activity when we know whales are feeding.”

A previous outbreak of domoic acid, a neurotoxin in algae that is dangerous to humans, delayed California’s 2015-16 Dungeness season by months so that it coincided with whales’ annual return to Monterey Bay. Federal officials later reported a record-breaking 71 West Coast whale entanglements in 2016, with 23 protected animals found in commercial California Dungeness crab gear (19 humpbacks, two blue whales, one leatherback sea turtle and one killer whale).

Ropes connected to heavy crab traps wrap around whales and sea turtles. The ropes cut into the animals’ flesh, sapping their strength and often leading to drowning. Each entanglement of an endangered whale or sea turtle violates the federal Endangered Species Act. The state is liable for causing these unlawful entanglements because it authorizes and manages the fishery.

The Center last month filed a motion for summary judgment in its entanglement lawsuit, which is expected to be heard early next year as the case moves forward.

“We’re very worried about what this crab season will mean for endangered whales and sea turtles,” Monsell said. “State officials should act immediately to prevent whale entanglements. They shouldn’t wait for a court order to do the right thing.”


The Center for Biological Diversity is a national, nonprofit conservation organization with more than 1 million members and online activists dedicated to the protection of endangered species and wild places.