Add an Event
Newswire
Calendar
Features
Home
Donate
From the Open-Publishing Calendar
From the Open-Publishing Newswire
Indybay Feature
Publish to Newswire
Add an Event
Related Categories: Central Valley | Environment & Forest Defense | Health, Housing & Public Services
Hundreds Missing in Most Deadly and Destructive Wildfire in California History
by Wes, Unicorn Riot
Tuesday Nov 13th, 2018 8:06 PM
Butte County, CA – Dozens have died and hundreds are missing in the most deadly and destructive wildfire in California’s history. Unicorn Riot is in the evacuation zone documenting the unfolding disaster. The fire started five days ago on Camp Creek Road and has been officially named the ‘Camp Fire’. At just 30% containment, it is continuing to rage near Chico, and Oroville, California. 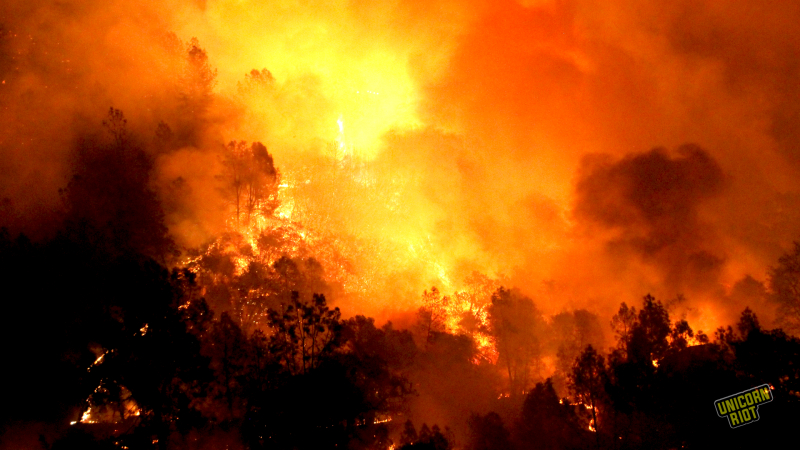 The isolated mountain town of Paradise, CA, approximately 15 miles from Chico, is now in smoldering ruins, with thousands of homes, businesses and vehicles destroyed. The nearby community of Concow was also similarly destroyed. The current death toll is now at 42, according to Butte County Calfire. The number of lives lost is expected to rise as many of the structures and vehicles burned have yet to be searched. 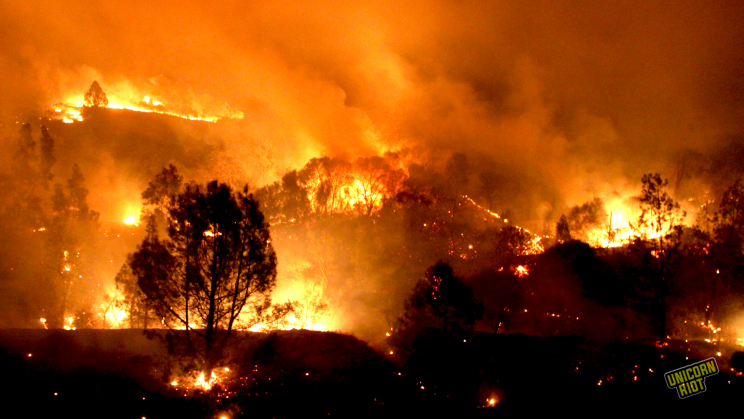 [Smoke billows from multiple pockets of fire across the region]

Many of the remains discovered were found in cars that were attempting to escape. Because of the high intensity of the fire, many of these remains are, so far, unidentifiable. As a result, anthropologists are being brought in from around the state to assist the local coroners in positively identifying the human remains. 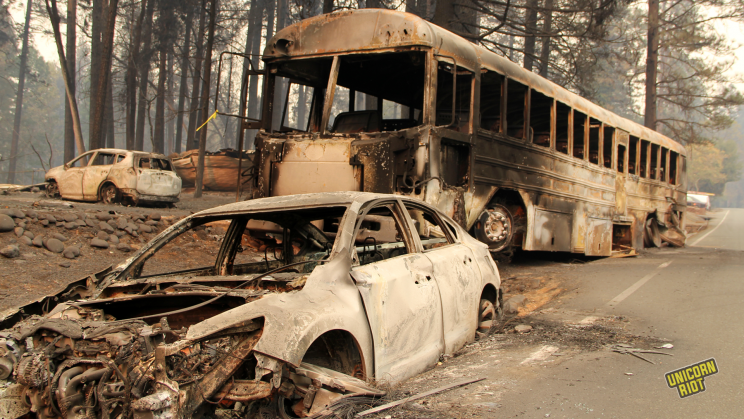 [Vehicles caught in the fire along the evacuation route]

Hundreds of people are still missing, with the Sacramento Bee putting that number as high as 228. However, because of the ongoing confusion, and conflicting reports, the true number of  people missing is still unknown. 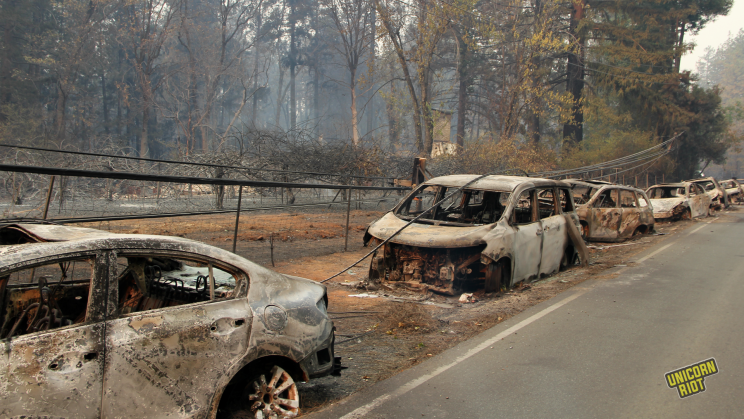 [Vehicles caught in the fire along the evacuation route]

As of November 12, a total of 117,000 acres have burned, including over 6,400 homes, and over 250 businesses, according to Calfire. The cause of the fire is still officially under investigation. Some residents believe it may have been started by PG&E power company’s failing electric infrastructure, however that claim is still unverified by local authorities and the investigation is ongoing. 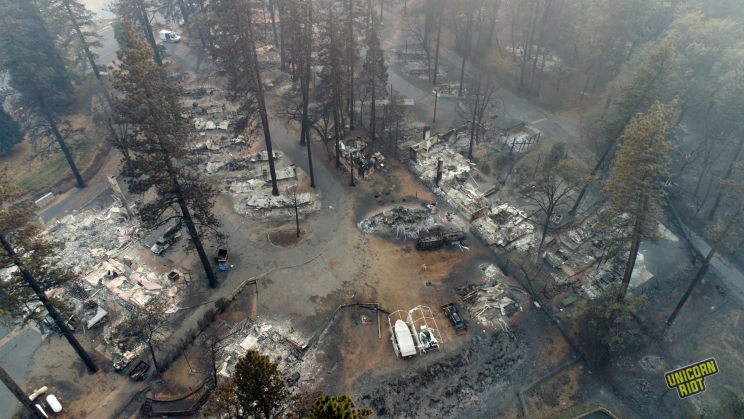 [Aftermath of wildfire which scorched a small town]

The Camp Fire is one of multiple major wildfires still burning throughout the state of California. Weather conditions and high winds continue to cause concern for the over 5,100 firefighters currently combating the Camp Fire.

Unicorn Riot was on the ground this weekend and personally documented both the fire’s destruction in Paradise, as well active fires in the area. Our reporter on scene witnessed several homes burst into flames, large explosions, and huge plumes of black smoke billowing into the air above the structure fires. Air quality in the entire area remain dangerous, with many local residents wearing protective masks and respirators to mitigate the harm of toxic smoke. 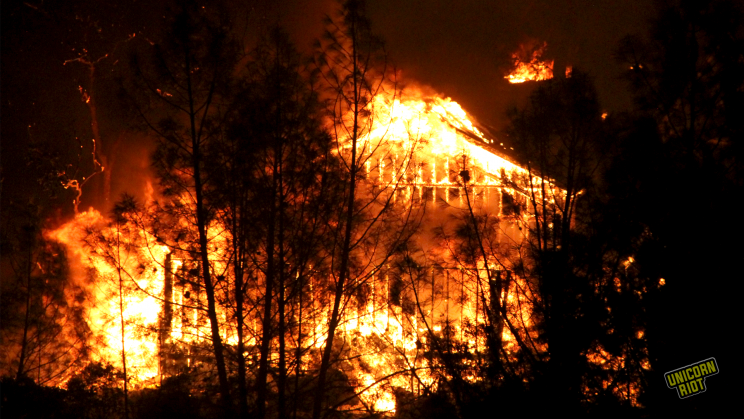 [A home is engulfed in flames]

Up to the date information was provided by and is available on Butte County Calfire’s website. Continue to follow Unicorn Riot as we will attempt to bring you more from the deadliest fire in California history.

https://unicornriot.ninja/2018/hundreds-mi...
§Video of fires and the aftermath, including overhead drone footage
by Wes, Unicorn Riot Tuesday Nov 13th, 2018 8:06 PM
Copy the code below to embed this movie into a web page:
Download Video (46.5MB) | Embed Video
https://unicornriot.ninja/2018/hundreds-mi...
Add Your Comments
LATEST COMMENTS ABOUT THIS ARTICLE
Listed below are the latest comments about this post.
These comments are submitted anonymously by website visitors.