by Peace Worker
Veterans for Peace chapters across the nation gathered on street corners in major cities to commemorate the original Armistice Day by ringing bells 11 times at 11 am on the eleventh day of November. In San José, Chapter 101 held a ceremony in front of City Hall.

WWI ended on November 11th in 1918 and one year later the world came together in realization that war is so horrible it must end forever. That was the first Armistice Day; Congress officially changed the name to Veterans Day in 1954. Photos by Bob Jung.

original image (4928x1800)
A gathering of Veterans for Peace and allies began with solemn tone at 10:30am yesterday in the plaza at San José City Hall. After ritual bell ringing and a moment of silence for those lost in war, the vigil took a joyous turn as area activists shared messages of peace and joined together in music and dance.

Khalilah Ramirez is the creator of the Dance of Peace; one her goals in developing the performance was to make creating peace a living activity. She and Sharat Lin performed the dance, a form of expression that connects the mind, body and the earth. The Raging Grannies of San José led communal singing. Tony on Trumpet and Frank playing a Guitarrón added to the entertainment portion of the event.

This year marks the 100th anniversary of the end of WWI. Congress voted to change the name of Armistice Day to Veterans Day in June 1954. President Dwight D. Eisenhower issued a proclamation acknowledging that the United States had been engaged in two wars since Armistice Day was first observed and, with that, the annual observance became Veterans Day. Veterans for Peace wants the country to return to the original sentiment, and once again be a day calling for an end to all war.
END_OF_DOCUMENT_TOKEN_TO_BE_REPLACED
Related Categories: South Bay | Anti-War
§expression
by Peace Worker 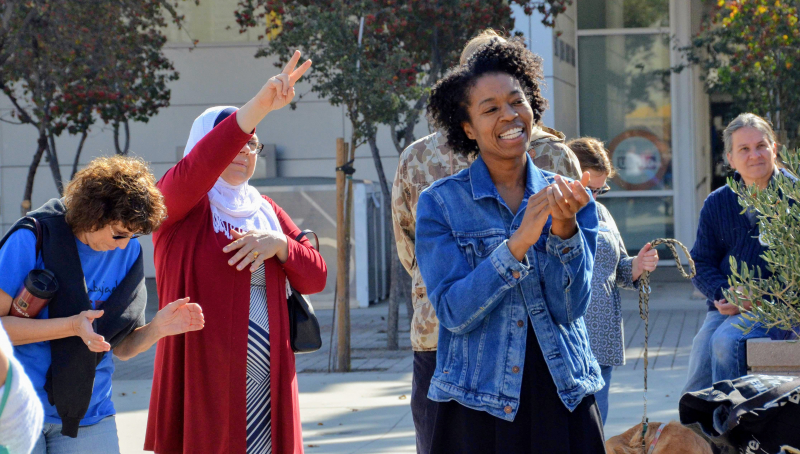 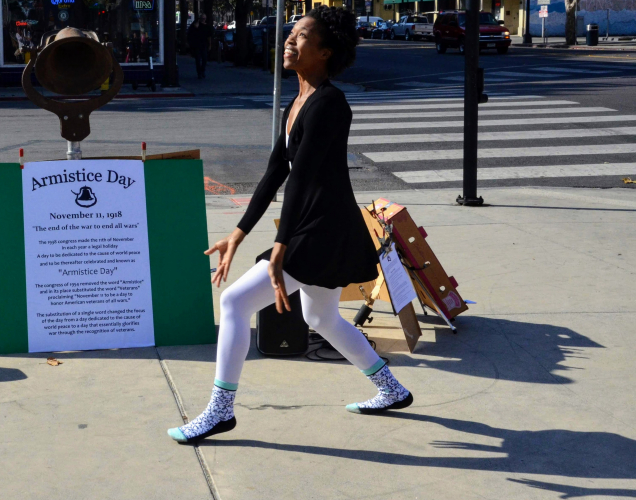 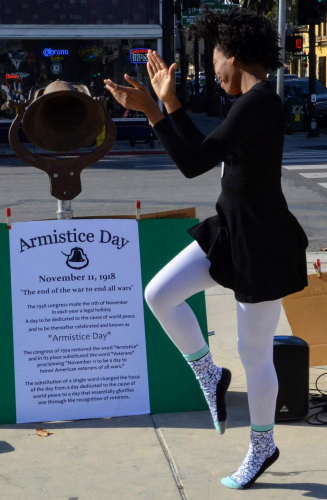 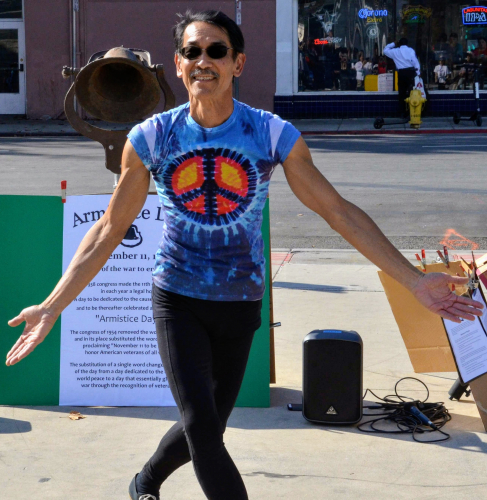 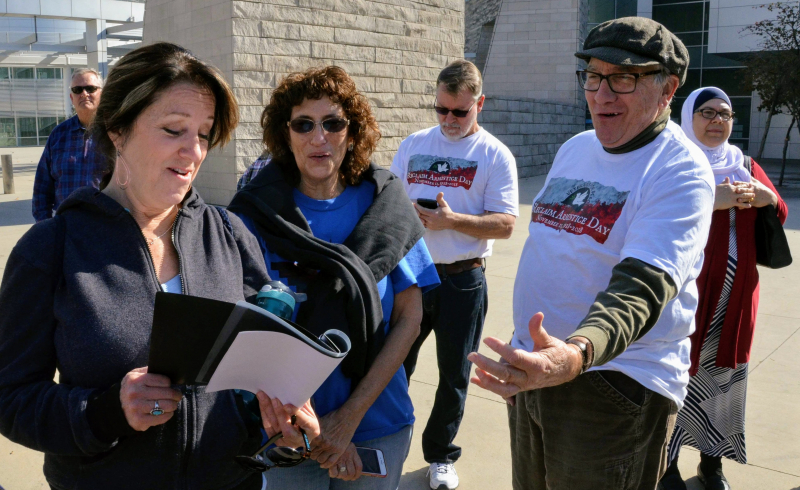 original image (3945x2418)
END_OF_DOCUMENT_TOKEN_TO_BE_REPLACED
§You can thank me for my service by...
by Peace Worker 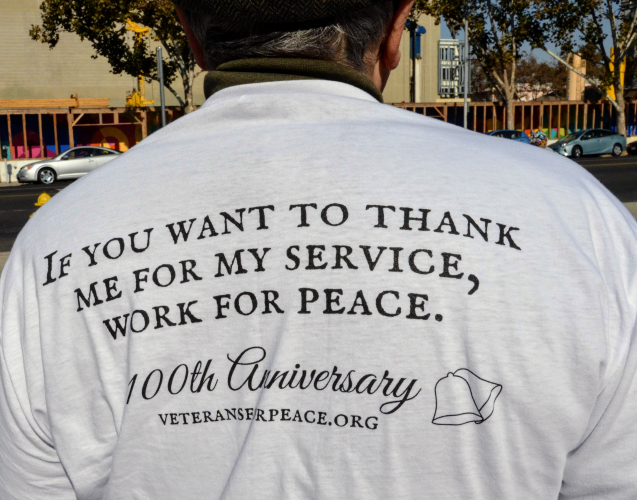 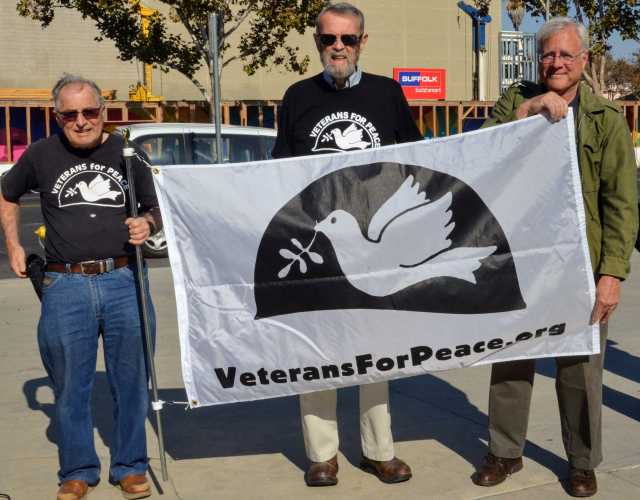 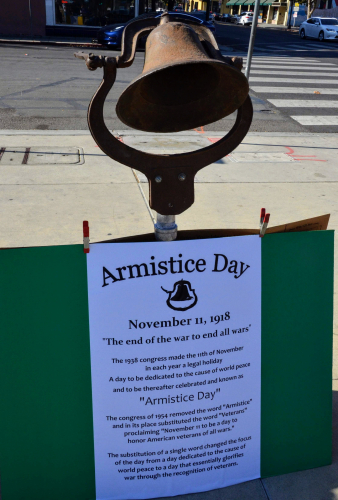 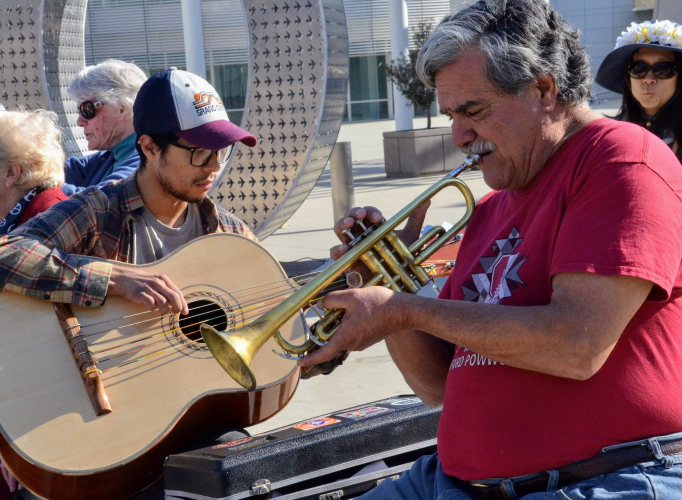 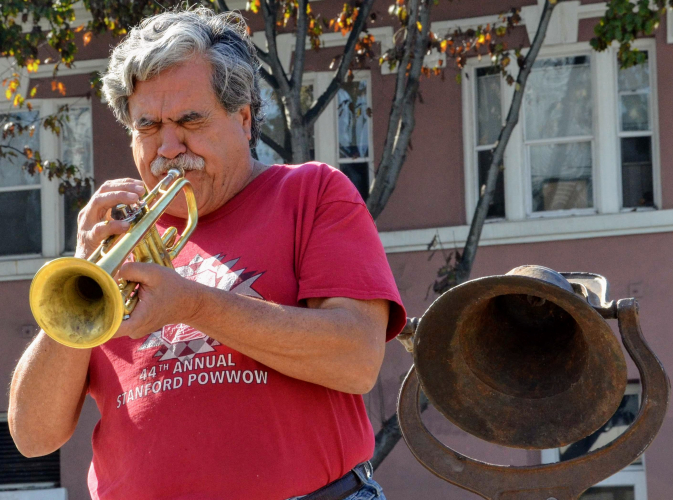 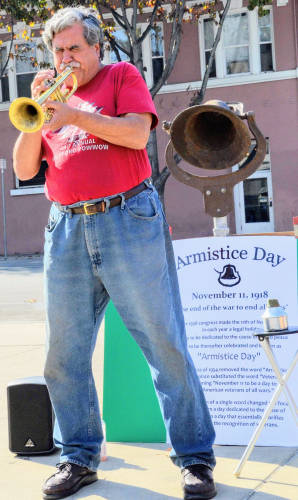 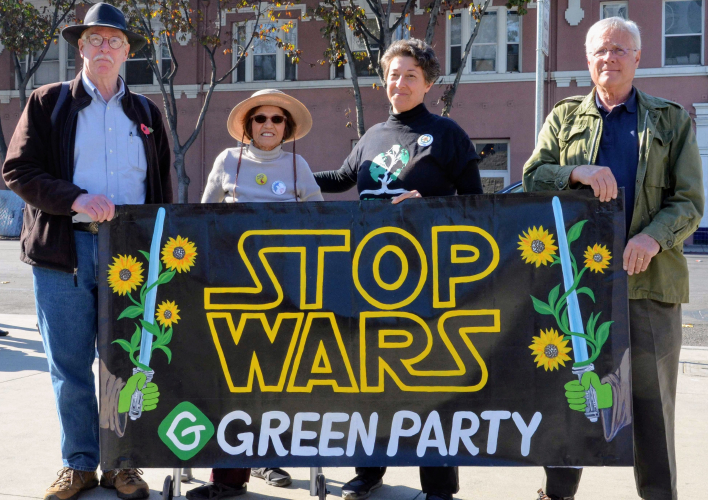 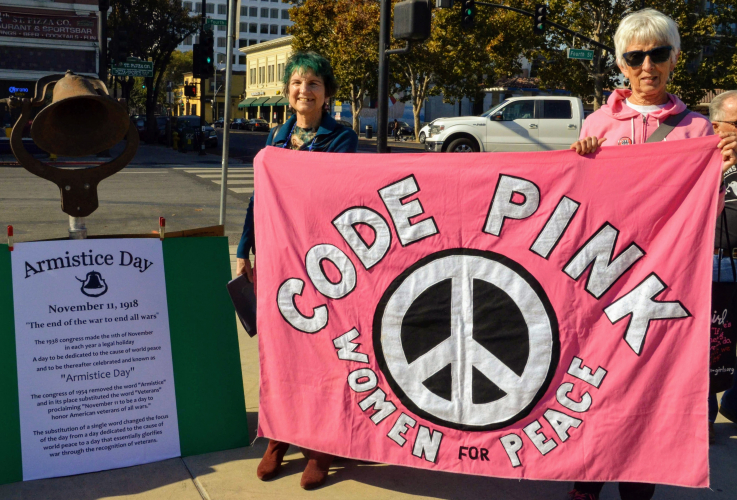 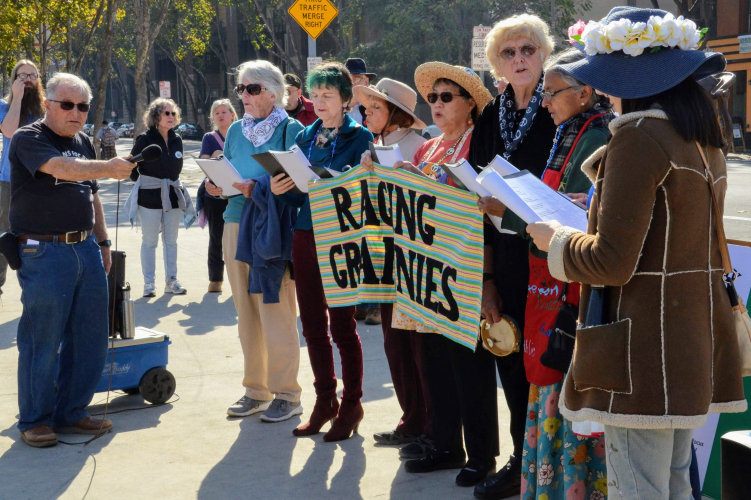 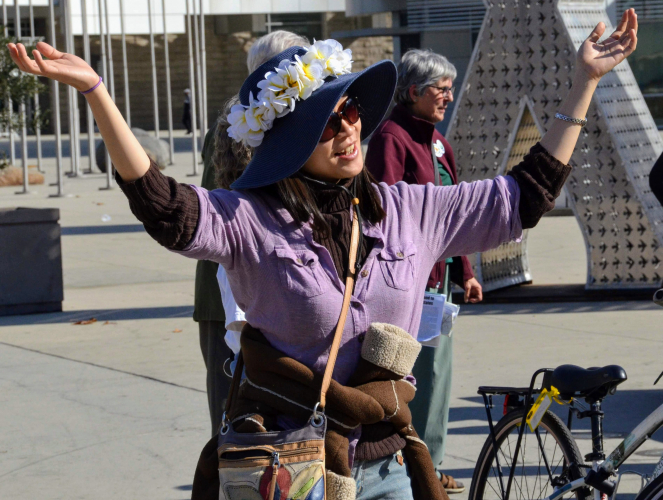 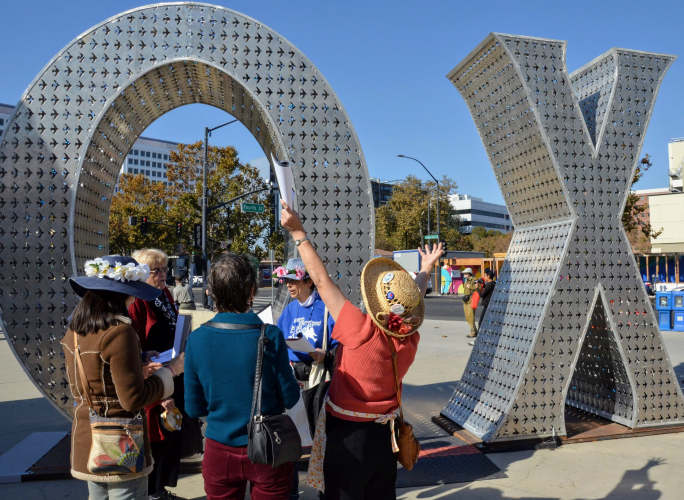 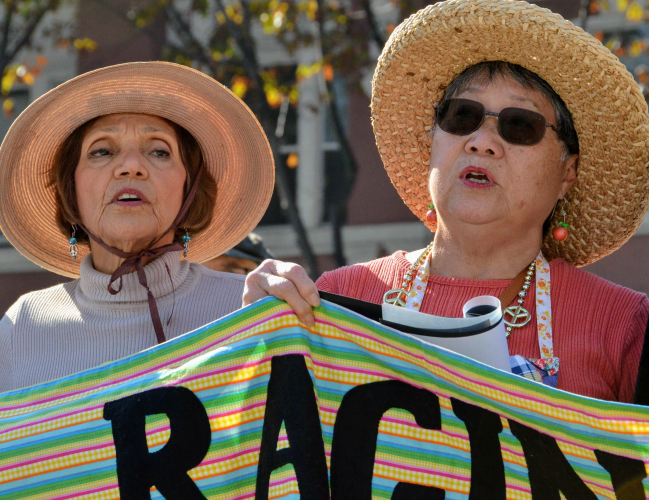 original image (3802x2926)
END_OF_DOCUMENT_TOKEN_TO_BE_REPLACED
Add Your Comments
Support Independent Media
We are 100% volunteer and depend on your participation to sustain our efforts!