Newswire
Calendar
Features
Home
Donate
From the Open-Publishing Calendar
From the Open-Publishing Newswire
Indybay Feature
Publish to Newswire
Add an Event
Related Categories: International | Anti-War
Stop The Wars! Paris Protests Trump & Macron's War Crimes On Armistice Day 2018
by Labor Video Project
Monday Nov 12th, 2018 5:46 AM
While Trump was in Paris for Armistice Day a protest was held against the wars, racism and misogyny of his government. Protesters also talked about the war crimes of not only Trump but the Macron government and privatization. 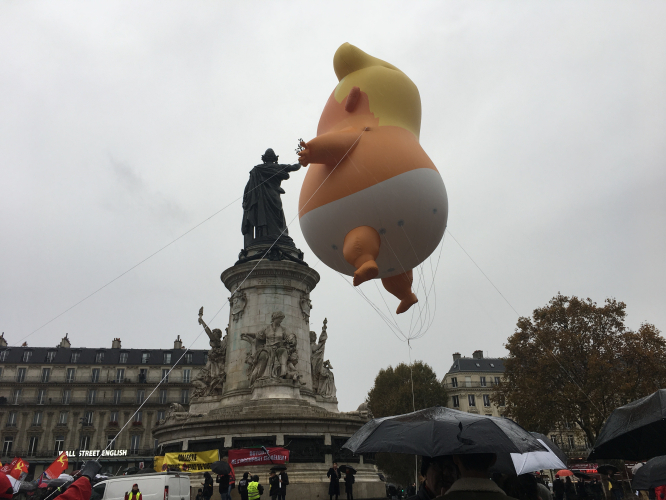 original image (4032x3024)
On 2018 Armistice Day in Paris, France, protesters rallied against the war crimes of Trump and Macron who were meeting in the city. Also a Trump blimp was brought over from the UK to join the protest. Activists and workers talked about the dangers of world war, the attacks on the people of Yemen and many other countries. Also women spoke out about his misogyny and attacks on LBGTQ on 11/11/18. The international protest included people from the US, France, Turkey and Yemen. Also workers talked about the privatization of education by the Macron government and US companies who are profiting off the sell off of the French education system. Hundreds of police surrounded the rally and the protesters were prevented from marching in the city. 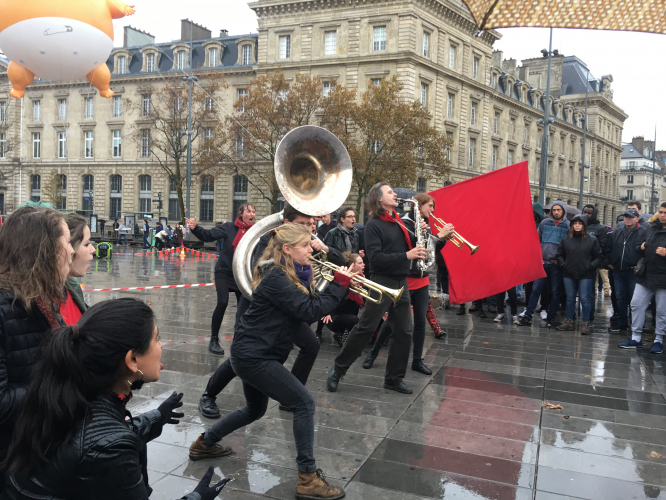 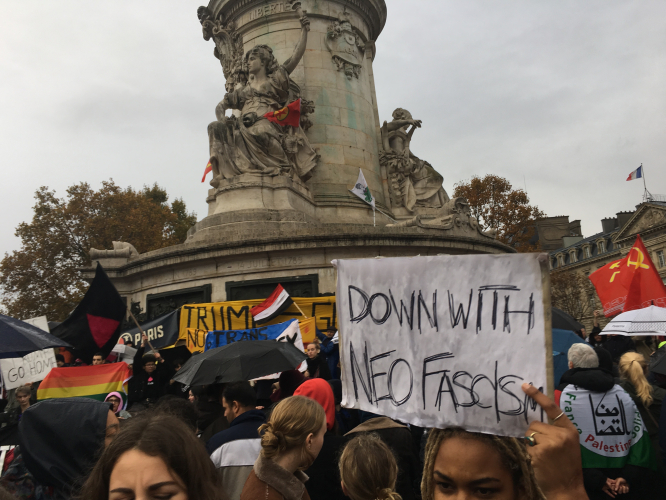 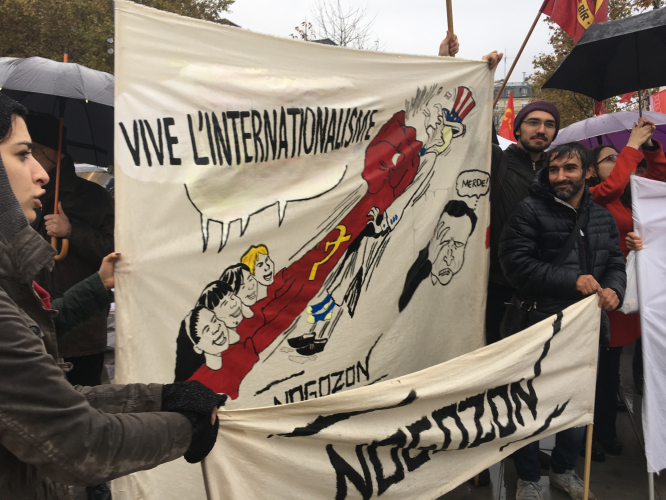 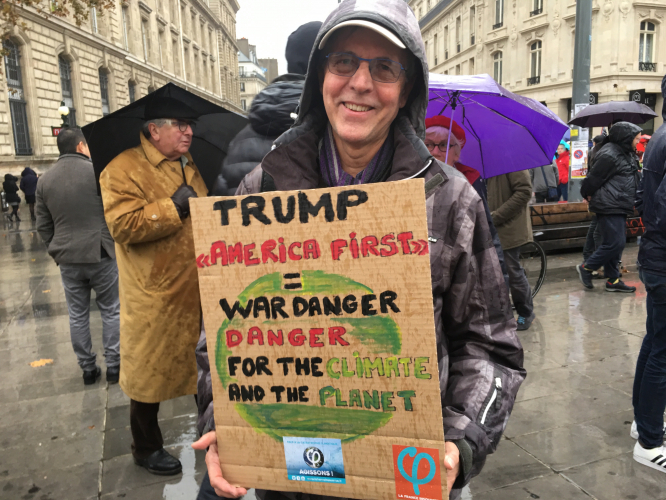 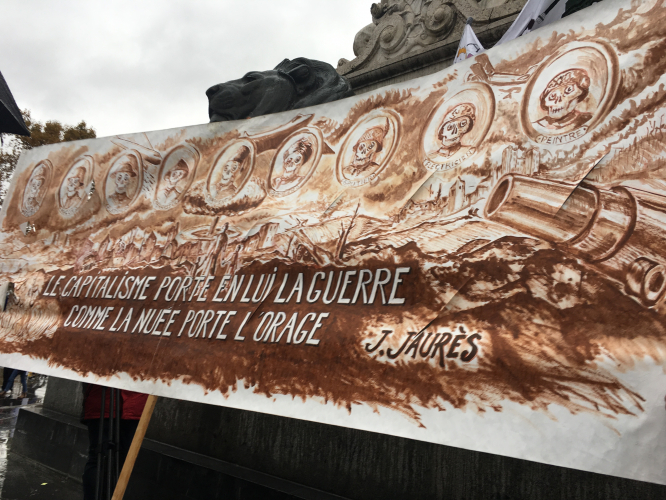 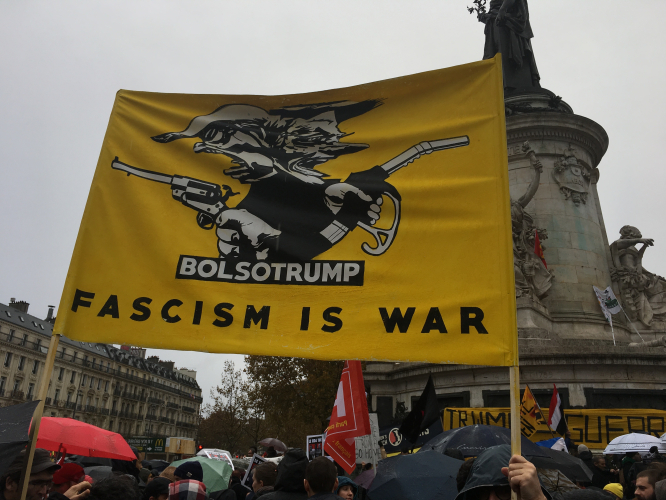 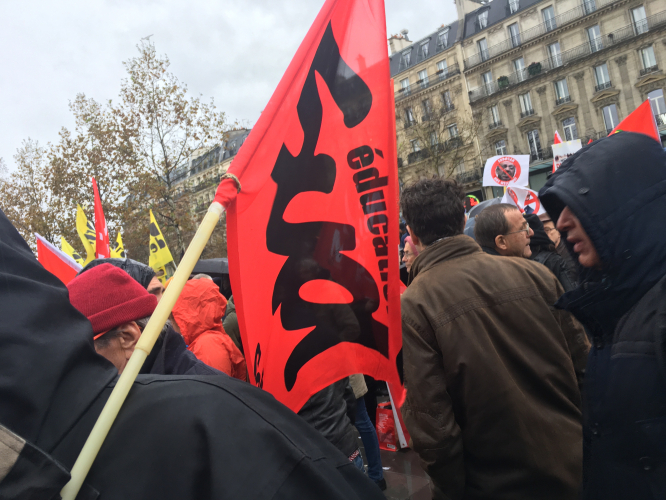 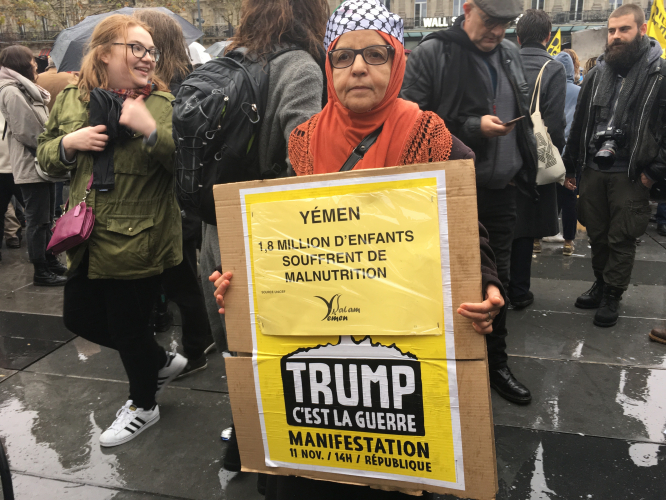 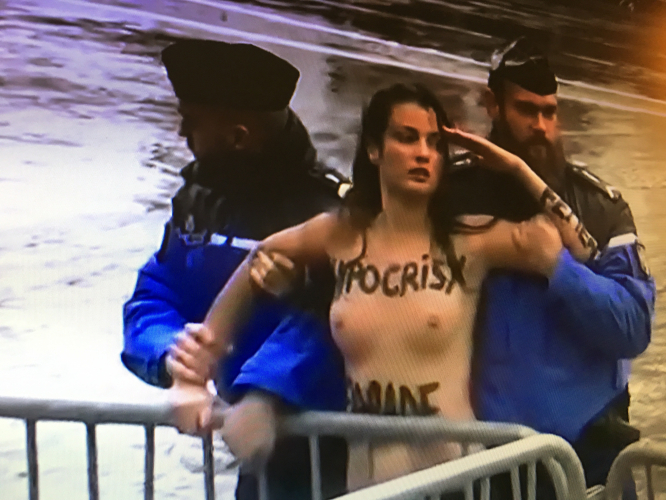 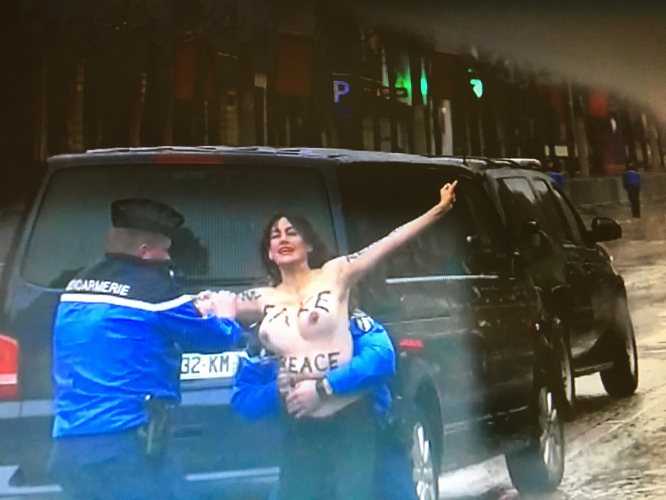 original image (4032x3024)
A women protester with "Fake Peace" on her breasts was dragged away by the police for protesting Trump
https://youtu.be/NnxWWLbktPc
§Black Lines Banner
by Labor Video Project Monday Nov 12th, 2018 5:46 AM 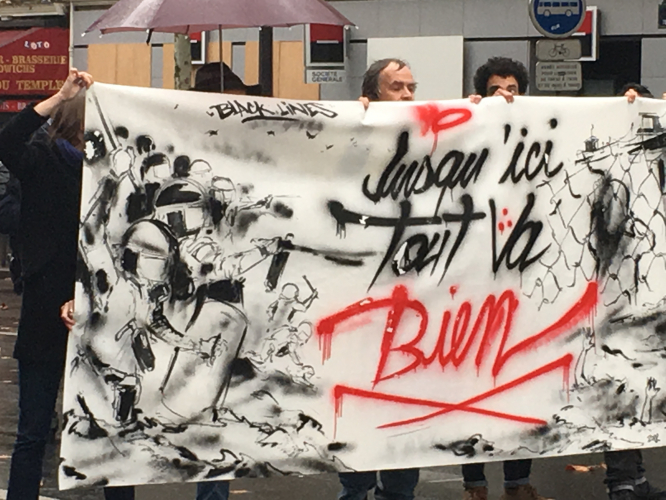