by Physicians for Social Responsibility - Los Angeles
The Woolsey Fire began on the property of the contaminated Santa Susana Field Laboratory (SSFL), a former nuclear and rocket engine testing site.

SSFL is one of the most contaminated sites in the nation, subject of a promised but long-delayed state and federal cleanup; it is heavily contaminated with well documented nuclear and chemical contamination, from, among other things, a partial nuclear meltdown. 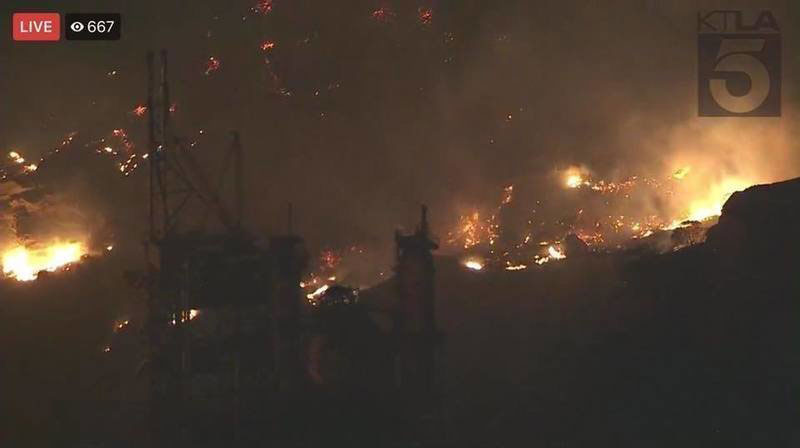 A statement released by the California Dept. of Toxic Substances Control (DTSC) said that its staff, “do not believe the fire has caused any releases of hazardous materials that would pose a risk to people exposed to the smoke.” The statement failed to assuage community concerns given DTSC’s longtime pattern of misinformation about SSFL’s contamination and its repeated broken promises to clean it up.

“We can’t trust anything that DTSC says,” said West Hills resident Melissa Bumstead, whose young daughter has twice survived leukemia that she blames on SSFL and who has mapped 50 other cases of rare pediatric cancers near the site. Bumstead organized a group called “Parents vs. SSFL” and launched a Change.org petition demanding full cleanup of SSFL that has been signed by over 410,000 people. “DTSC repeatedly minimizes risk from SSFL and has broken every promise it ever made about the SSFL cleanup. Communities throughout the state have also been failed by DTSC. The public has no confidence in this troubled agency,” said Bumstead.

Nuclear reactor accidents, including a famous partial meltdown, tens of thousands of rocket engine tests, and sloppy environmental practices have left SSFL polluted with widespread radioactive and chemical contamination. Government-funded studies indicate increased cancers for offsite populations associated with proximity to the site, and that contamination migrates offsite over EPA levels of concern. In 2010, DTSC signed agreements with the Department of Energy and NASA that committed them to clean up all detectable contamination in their operational areas by 2017. DTSC also in 2010 committed to require Boeing, which owns most of the site, to cleanup to comparable standards. But the cleanup has not yet begun, and DTSC is currently considering proposals that will leave much, if not all, of SSFL’s contamination on site permanently.

Dr. Robert Dodge, President of Physicians for Social Responsibility-Los Angeles, shares the community’s concerns. “We know what substances are on the site and how hazardous they are. We’re talking about incredibly dangerous radionuclides and toxic chemicals such as trichloroethylene, perchlorate, dioxins and heavy metals. These toxic materials are in SSFL’s soil and vegetation, and when it burns and becomes airborne in smoke and ash, there is real possibility of heightened exposure for area residents.”

Dodge said protective measures recommended during any fire, such as staying indoors and wearing protective face masks, are even more important given the risks associated with SSFL’s contamination. Community members are organizing a campaign on social media to demand that DTSC release a public statement revealing the potential risks of exposure to SSFL contamination related to the fire.

But for residents such as Bumstead, worries will remain until SSFL is fully cleaned up. “When I look at that fire, all I see is other parents’ future heartache,” said Bumstead, “And what I feel is anger that if the DTSC had kept its word, we wouldn’t have these concerns, because the site would be cleaned up by now.” 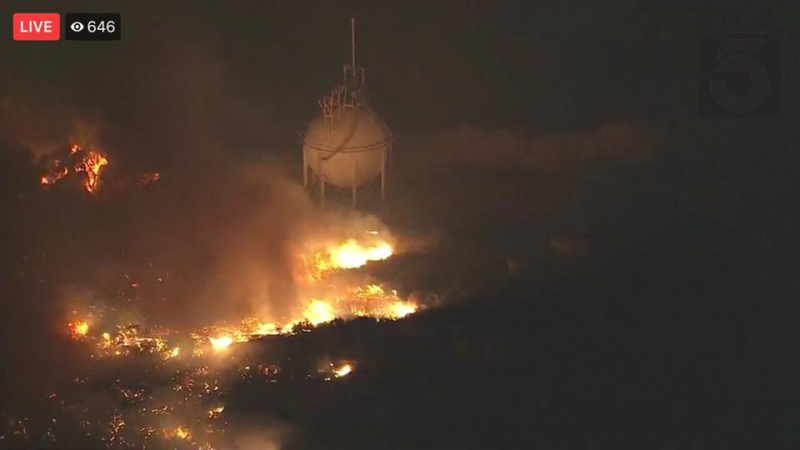