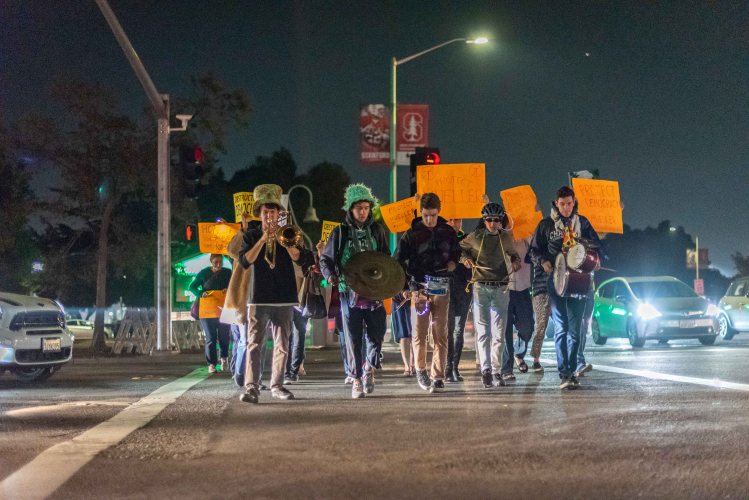 Orange is the color that symbolizes gun safety; most of the activists at this demo have been part of the movement calling for the control of weapons in our communities and they wished to acknowledge the tragedy of the mass shooting in Thousand Oaks the previous day.

Local residents joined moms with kids bolstered by teenagers drumming to build up the spirit of the evening. Together they made the rounds of the busy intersection at El Camino and Embarcadero in Palo Alto at the entrance to Stanford University.

Despite exhaustion after campaigning for progressive candidates in this week's midterm elections, these protesters were determined to make the scene on the night of a national day of action to call out Trump for obstructing justice. A second protest in Palo Alto was held at the same time in the city's downtown area.
§Sign says: I'm tired too but...
by Text: R.R. Photos: Teri Vershel Saturday Nov 10th, 2018 5:21 PM 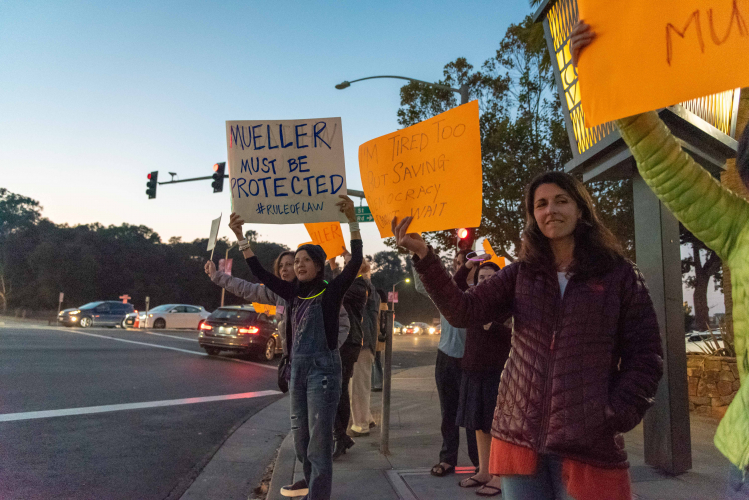 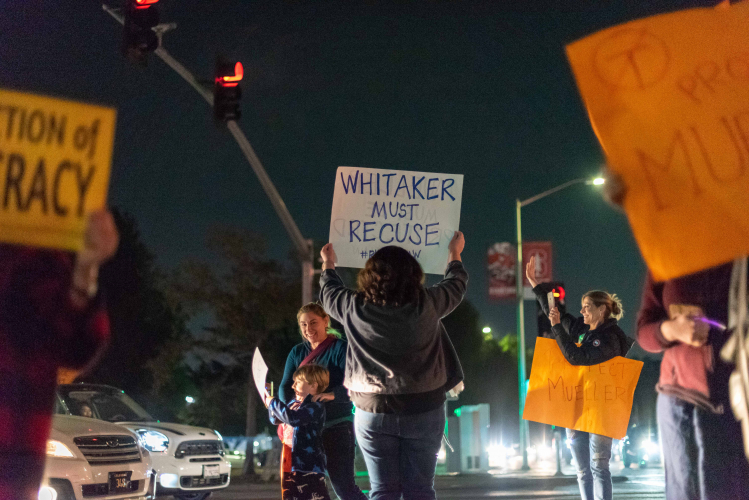 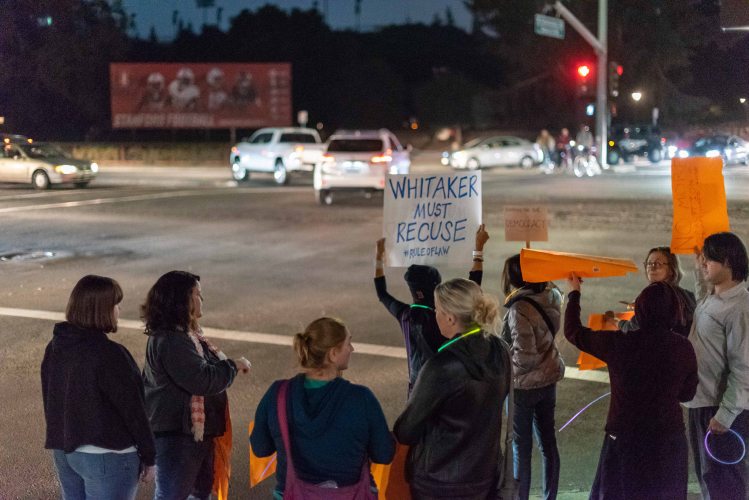 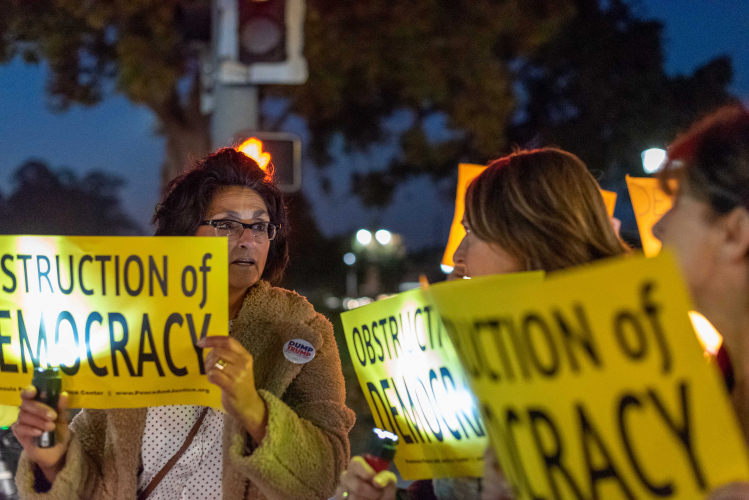 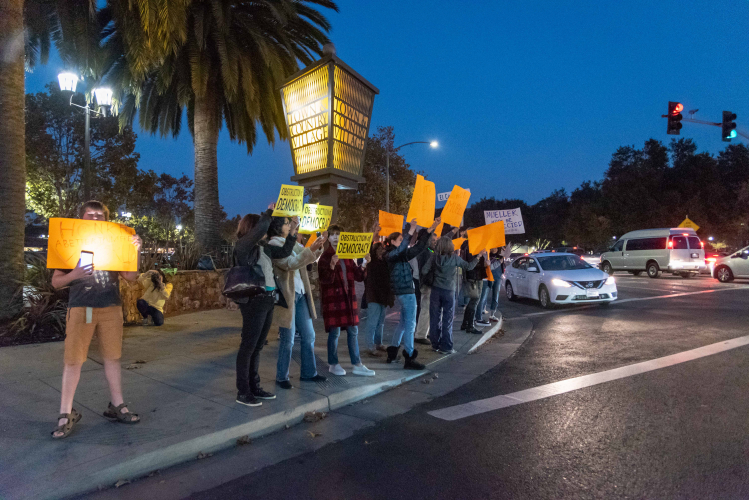 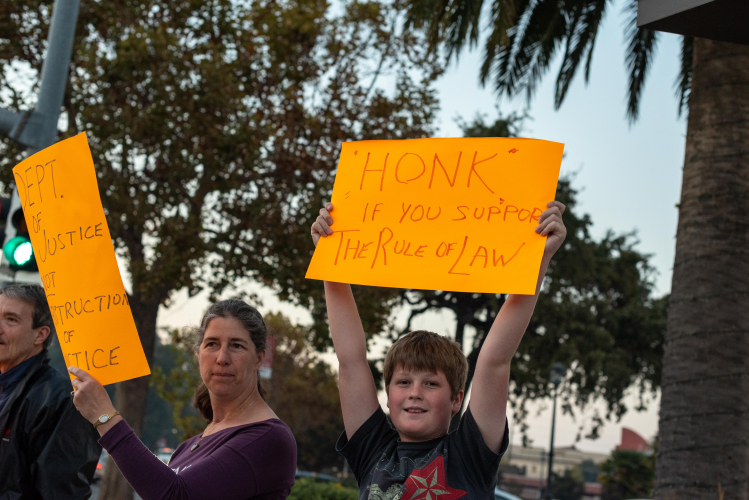 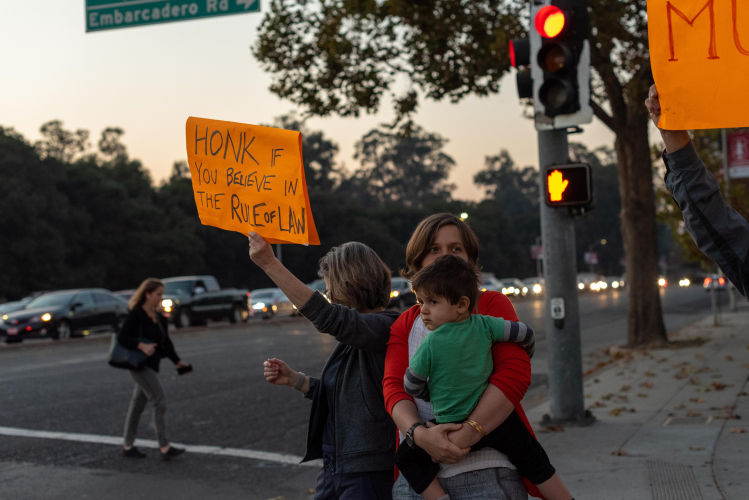 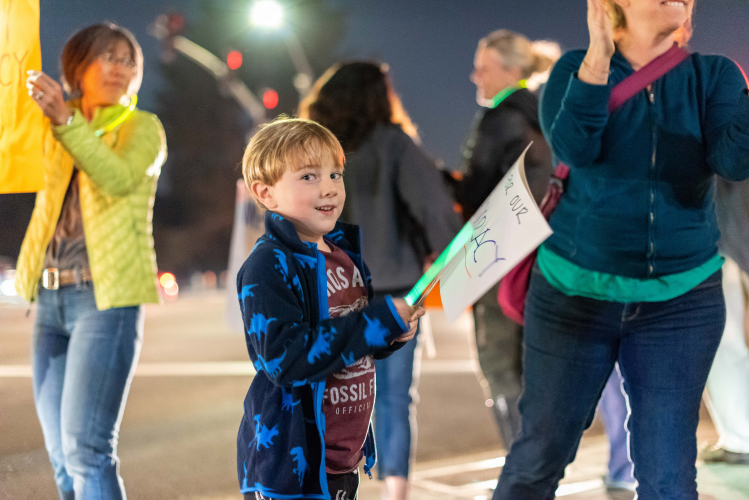 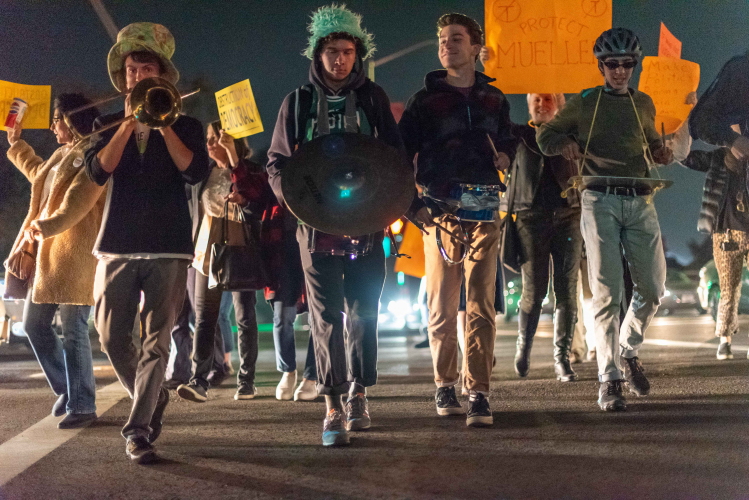 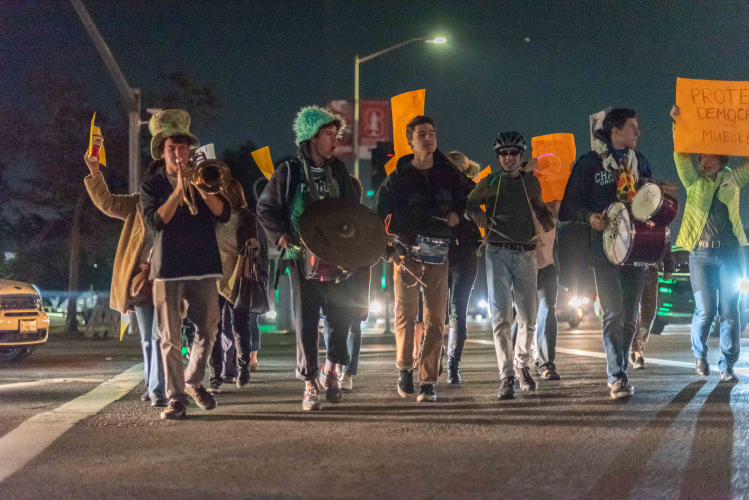 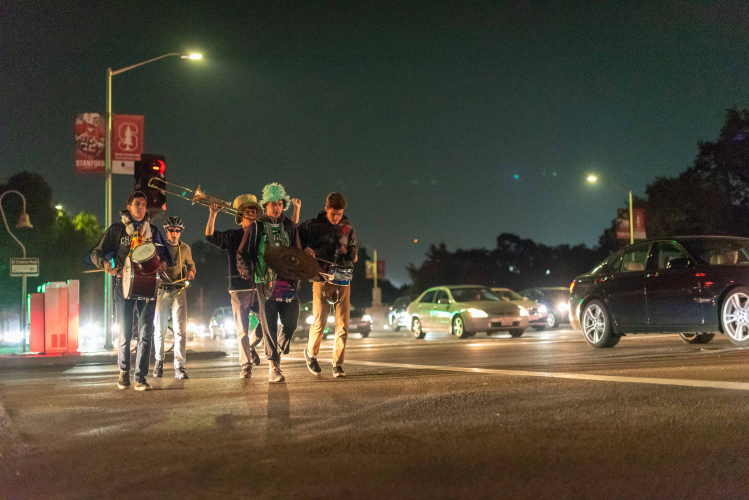 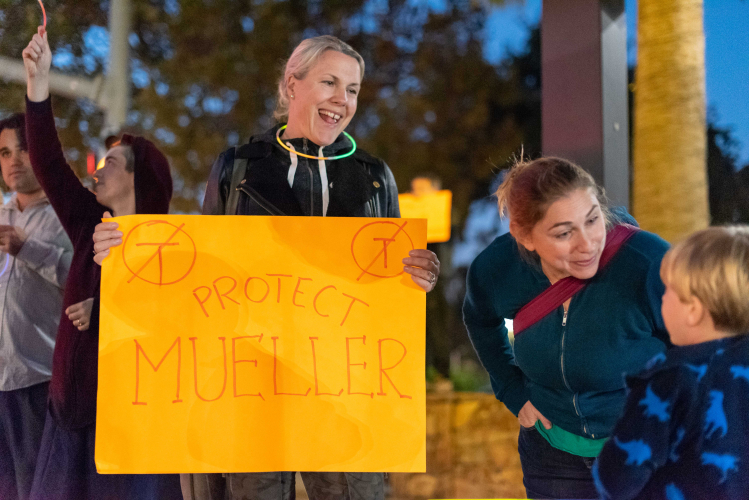 original image (6016x4016)
Add Your Comments
Support Independent Media
We are 100% volunteer and depend on your participation to sustain our efforts!