He said the WaterFix takes away the fresh water, the life blood of the Bay Delta Estuary, which is equivalent to denying a human being their blood.

“The Delta Tunnels is based on the premise of taking more blood out of the body. It is not consistent with the Delta Plan — it is like relying on blood pulled out of somebody near death,” he concluded. 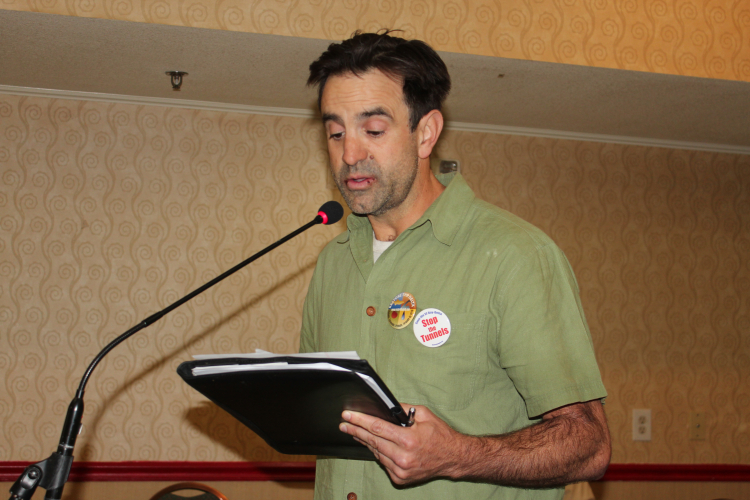 original image (5184x3456)
Dozens of Delta advocates showed up for the public comments period of the Delta Stewardship Council on Friday, October 26 to testify how Governor Jerry Brown’s California WaterFix project is inconsistent with the Delta Plan.

As usual, the hearing was held at 9 a.m. on a workday, forcing many of those who attended to take off time from work.

This process checks off a box to move forward with construction of the tunnels, a project that the Brown administration has been rushing to complete as much as possible before the Governor leaves office, despite strong opposition to the tunnels from Delta residents, Indian Tribes, environmental justice advocates, recreational and commercial fishermen, Delta farmers and elected officials.

In an action alert to its members, Restore the Delta said, “It’s time to tell the DSC the project needs to be stopped once and or all.”

Kathy Miller, San Joaquin County Supervisor, started the hearing by stating that the project is not consistent with the Delta Plan because it does not protect, restore or enhance the Delta, as required under the Delta Reform Act of 2009. She said the Delta, the largest estuary in the Americas, is “not a mere conduit in a plumbing system.”

Michael Frost, First Vice President of the Restore the Delta Board, emphasized that the Council did a “terrible job of outreach” and “the entire process process reeks of corruption by corporate ag.”

He said the WaterFix takes away the fresh water, the life blood of the Bay Delta Estuary, which is equivalent to denying a human being their blood.

“The Delta Tunnels is based on the premise of taking more blood out of the body. It is not consistent with the Delta Plan — it is like relying on blood pulled out of somebody near death,” he concluded.

Bill Wells of the California Delta Chambers and Tourist Bureau also criticized the Delta Stewardship Council and DWR for failing to conduct proper outreach to the people of the Delta. He also provided a quick fact check for one of the most popular Delta myths touted by Delta Tunnels proponents--The Delta is not one earthquake away from collapsing. “Historically, not one Delta levee has failed because of an earthquake,” said Wells.

Jim Cox, President of the California Striped Bass Association State Board, said the California WaterFix uses “Nineteenth Century technology to solve a Twenty-first Century problem.”  Although other plans to fulfill the coequal goals of ecosystem restoration and water supply reliability were submitted, they were not even considered by the Council or DWR, said Cox.

“We live in a state of high tech solutions to problems and yet the fix relies on taking more water. out the Delta,” said Cox. “Californians can do better than this.”

“DWR completetely dropped the ecosystem benefits that would be provided with a Habitat Conservation Plan (HCP),” she said. “The models show that the Delta Tunnels will take more water in the summer  and the fall. All our counties have filed appeals and lawsuits against the project. The WaterFix is inconsistent with the Delta Plan.”

Barbara Barrigan-Parrilla, Executive Director of Restore the Delta, said her organization turned out hundreds of people to make comments — and many would not have come except for the outreach they did.

“After the process went forward, it was poorly noticed,” she said. “We’re not playing a game — this lack of outreach undermines democracy. DWR and the state failed to do outreach to the subsistence fishing community — that means 40,000 to 60,000 people are not being taken into consideration.”

James Motlow, the author of a book about Locke, “Bitter Melon: Inside America's Last Rural Chinese Town,” said he was concerned about the traffic impacts of the construction work of the Delta Tunnels; they would cause irreparable damage to the town of Locke. “Locke is is one of 149 historical landmarks in California, including the Golden Gate Bridge and the State Capitol,” he stated.

Deirdre Des Jardins of California Water Research pointed out that DWR did no analysis on whether the the levees could be raised to repel sea level rise. She said the Council cannot make a determination of whether the Delta Tunnels project protects the Delta without that analysis.

In her written comments, Des Jardins made three points with respect to the Best Available Science requirement in the Delta Plan, and also with respect to whether there is substantial evidence in the record about WaterFix project impacts on the Delta.

Citing extensive documentation, she said, “Modeling of initial WaterFix operations is based on speculation about the Biological Opinions; the WaterFix project also has no defined long-term operational scenario, but could be used to abandon salinity control in the Delta; and The WaterFix sea level rise projections do not use the current best available science.”

John Morais, who was born in Ryde and grew up in Walnut Grove, discussed the already big siltation problems on the Delta that are the result of decades of the state and federal water projects shipping water south — and said the situation will only get worse with the construction of the tunnels.

“Taking more water out of the Sacramento River is insane. It will only build and create more beaches; bring saltwater further into the Delta; and close off more sloughs and channels. If the tunnels are approved, flooding will likely be a disaster,” said Morais.

Jan McCleery, President of the California Delta Alliance, said, “The Tunnel project is not consistent with the Delta Plan” and focused on the construction phase of the plan.

“The Delta Plan calls for attention to both sides of the co-equal goals equation. One side is to reliably export ‘Excess’ water for beneficiary use. But the Council has repeatedly refused to accept the scientific definition of what excess is, causing continued conflicts between water exporters and the other side of the equation, protecting the Delta as a Place,” she noted.

“It’s hard to believe anyone would plan a major construction project through the heart of the fragile estuary they are committed to protecting. Especially when they have a much better alternative - the Eastern route,” she explained.

“Discovery Bay is a boating community in the south Delta,” she said. “The primary anchorage here is the west side of Mildred Island, flooded decades ago. It is beautiful, calm, relaxing, and draws boaters into the area to spend tranquil nights. It is one of the many features that make the Delta a boating mecca for Northern Californians. Mildred isn’t even listed as an anchorage in the EIR. Probably because the next island west is Bacon Island where significant construction will occur, pile driving 24x7, flood lights, trucks causing dust and noise on the levee road - not compatible with a quiet anchorage. (It will be even worse up in Clarksburg and Hood where construction is in their backyard full time),” she noted.

“That story of ruining favorite recreation areas repeats itself throughout the Delta. Between barge facilities being placed where they are the most disruptive to recreation and boating, and the heavy barge traffic in all the waterways, boating will be untenable. This is not protecting the recreational values of the Delta as required by the Delta Reform Act and Water Code. Boaters will stop coming to the Delta, ruining the economy of boating communities,” she stated.

Proponents of the Delta Tunnels project also spoke at the public hearing. Gloria Gray, the newly elected Metropolitan Water District board chairperson, said, “We strongly believe that investing in the California WaterFix will uphold the coequal goals of the Delta Plan. Only by building the project can we stop reverse water flows in the South Delta.”

Likewise, Jeremy Smith of the State Building and Construction Trades Council, AFL-CIO, said the WaterFix is consistent with the Delta Plan. “Construction projects without a reliable supply of water can’t go forward. We support the California WaterFix,” he concluded.

In the next step in the consistency determination process, the Delta Stewardship Council will hold a Public Workshop on staff-prepared draft findings regarding the appeals of the certification of consistency submitted on July 27, 2018 by the California Department of Water Resources for the California WaterFix (Certification Number C20185). 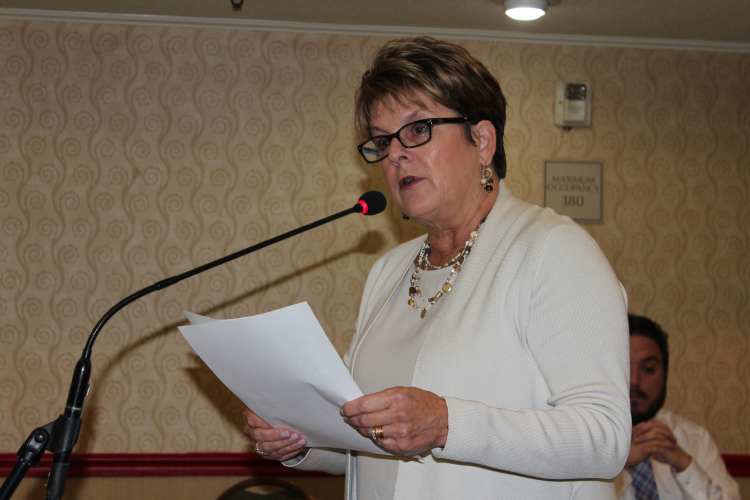 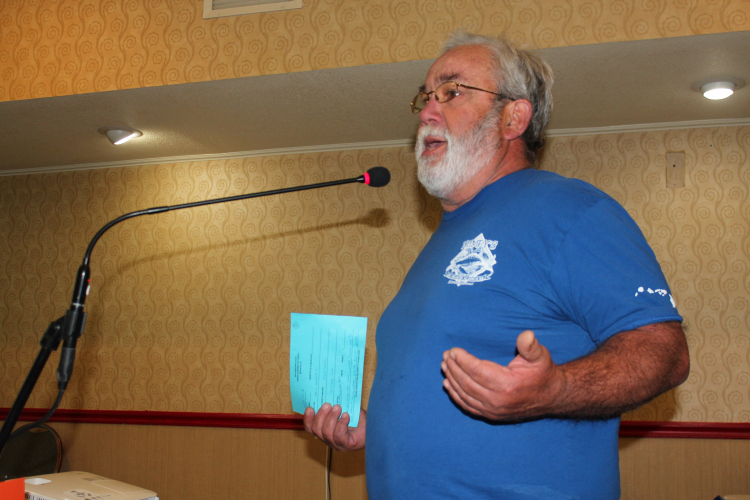 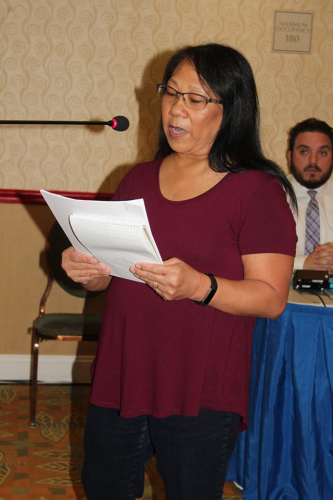 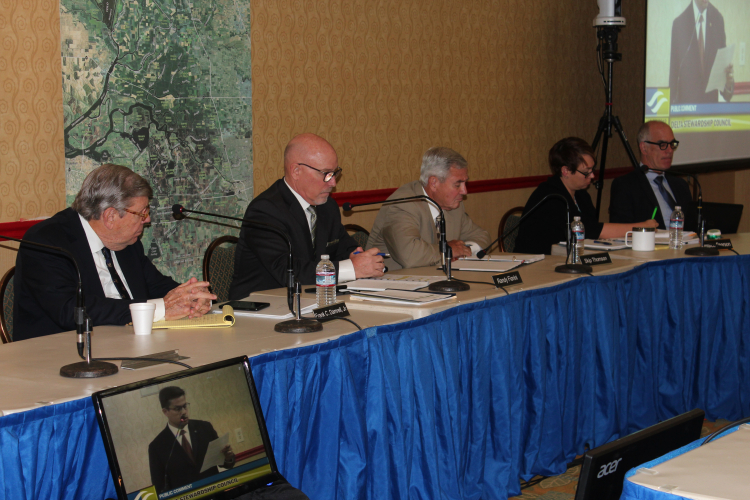