Add an Event
Newswire
Calendar
Features
Home
Donate
From the Open-Publishing Calendar
From the Open-Publishing Newswire
Indybay Feature
Publish to Newswire
Add an Event
Related Categories: San Francisco | Anti-War
Stop Supporting the US-Backed, Saudi-Led War in Yemen
by Protest in San Francisco
Tuesday Nov 6th, 2018 2:06 AM
On November 3, the Yemeni Alliance Committee and allies protested the ongoing US involvement in the war in Yemen with a rally in San Franicsco's United Nations Plaza. Photos by Terry Scussel, please credit photographer. 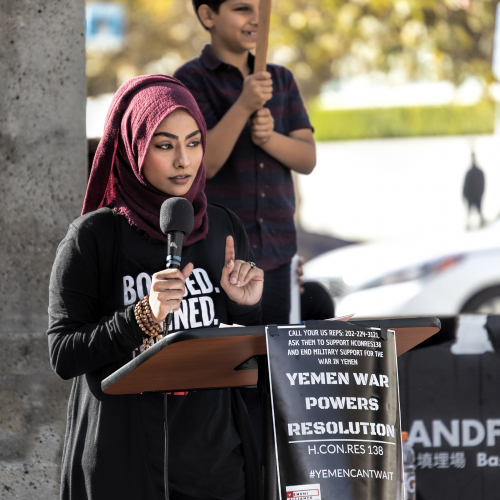 original image (2705x2700)
The United States-backed Saudi-led campaign has killed over 50,000 Yemenis, destroyed the country’s infrastructure, has led to widespread disease, and sparked a famine that has become one of the worst in living memory. On top of this the Saudi blockade has restricted humanitarian aide, medical supplies and clean water to Yemen. According to the UN, Yemen is the world's worst humanitarian crisis in decades. The war in Yemen has left more than 22 million people—75 % of the population in dire need of aide.

The Yemeni Alliance Committee came together with co-sponsors, including local chapters of the International Socialist Organization and Jewish Voice for Peace, to raise voices and awareness about the ongoing US involvement in the war in Yemen. Their protest was held in San Francisco's UN Plaza.

Speakers urged Americans to contact their elected officials and ask them to sponsor #HConRes138 to end U.S. support for the Saudi-led war in Yemen. They said that the United States has provided the Saudis with weapons and logistical and intelligence support and helped refuel coalition jets (mid air) as they drop bombs on Yemeni civilians. 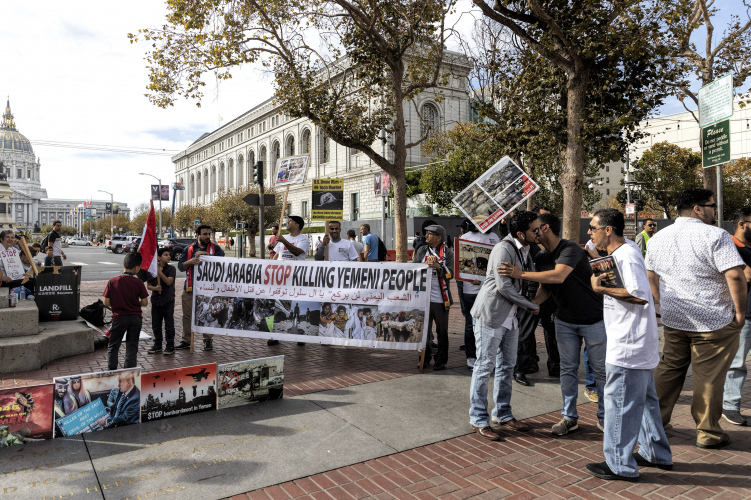 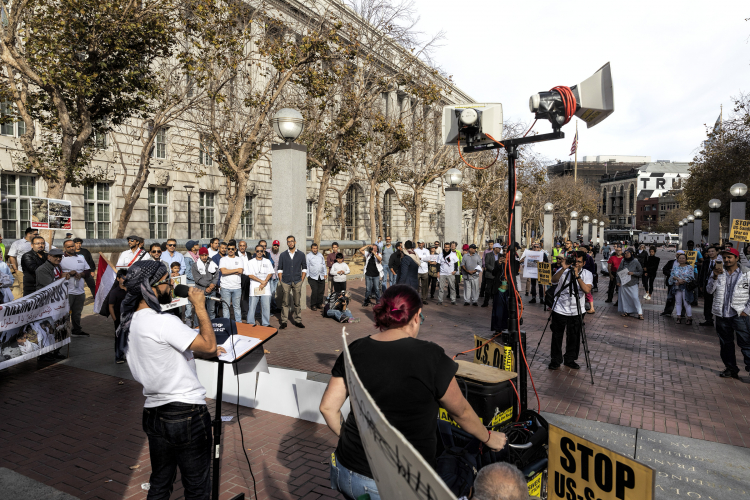 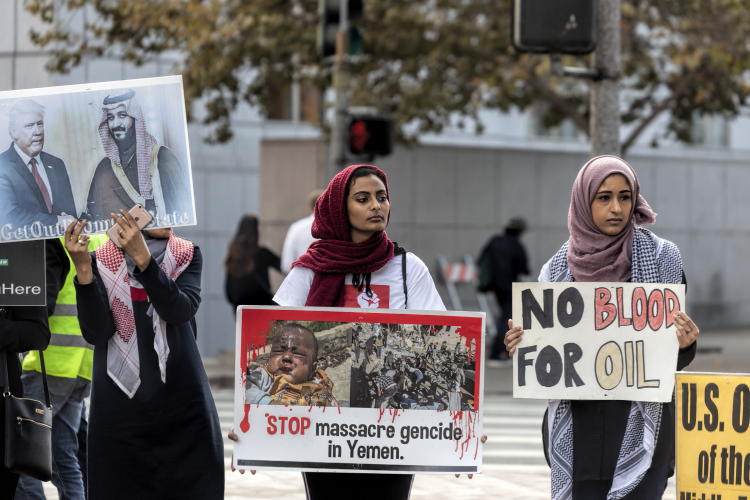 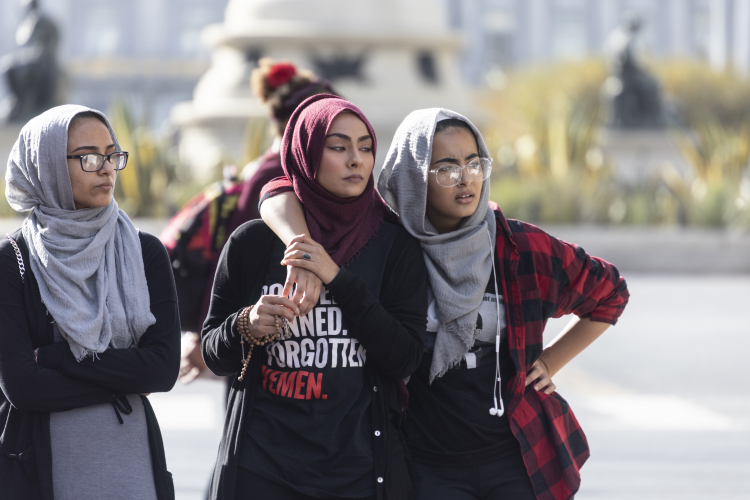 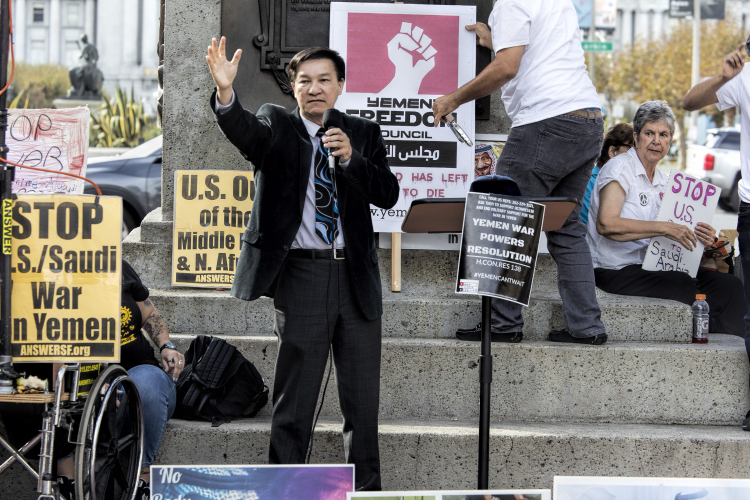 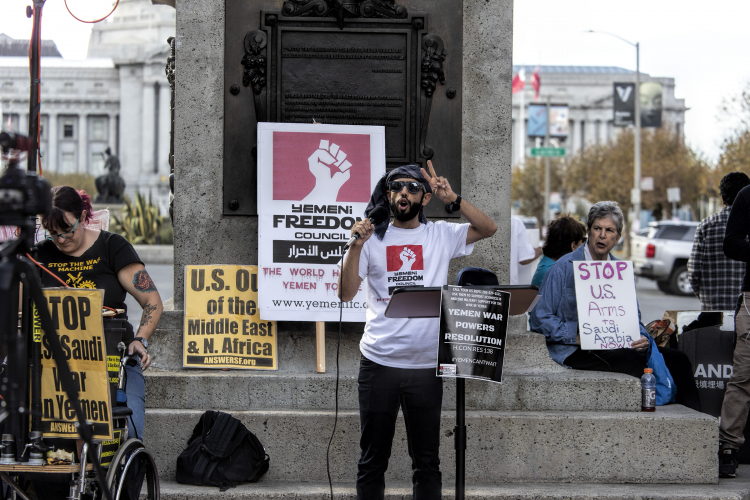 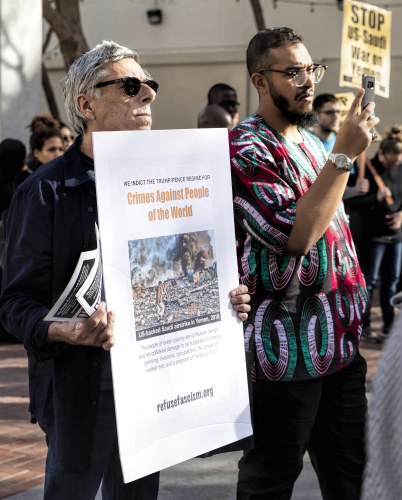 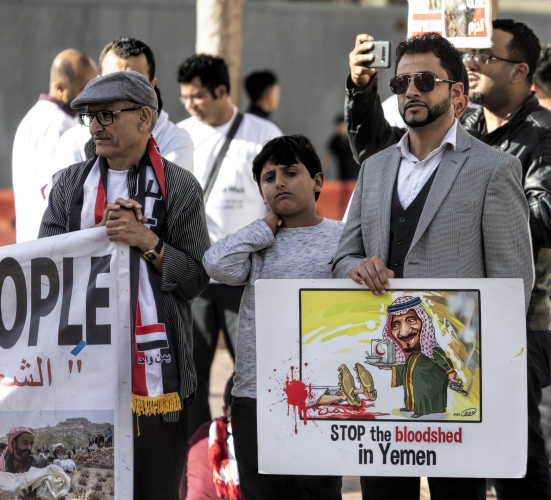 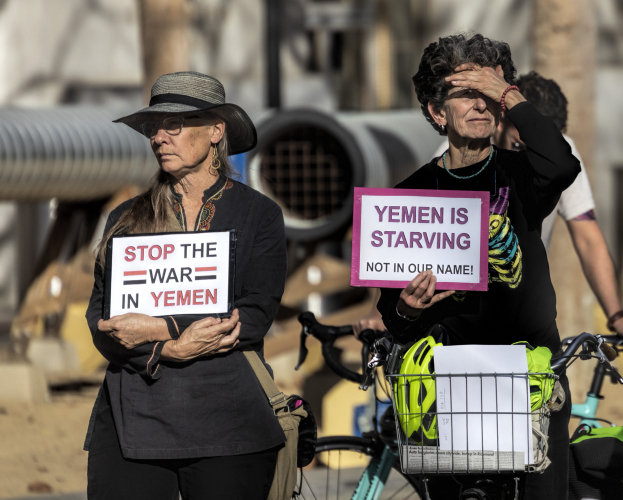 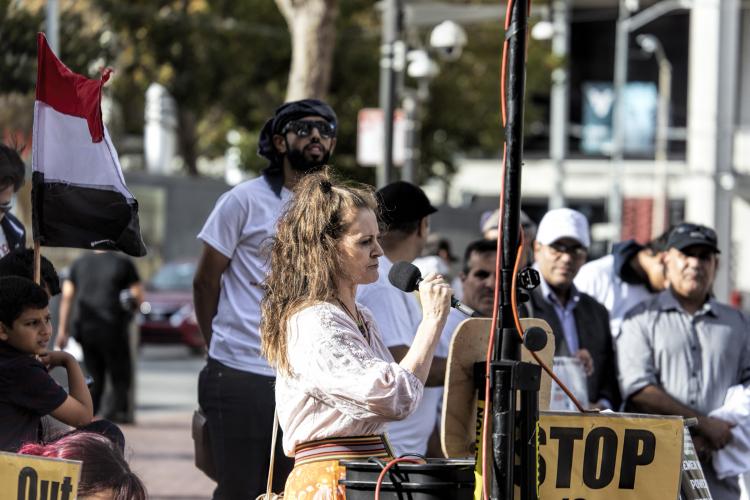 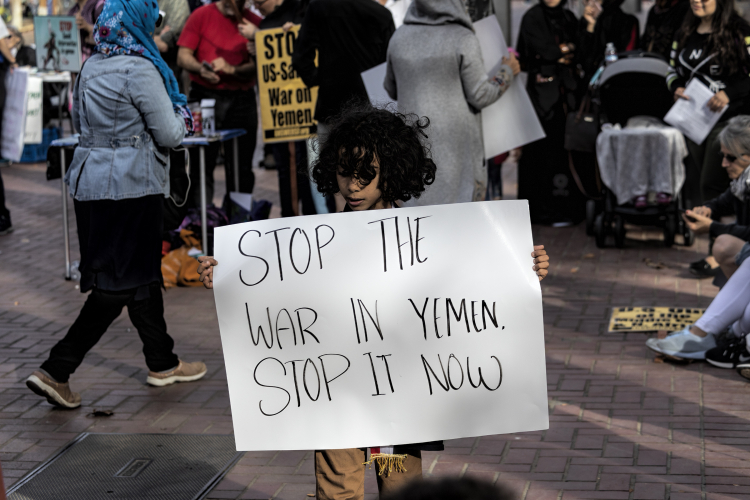 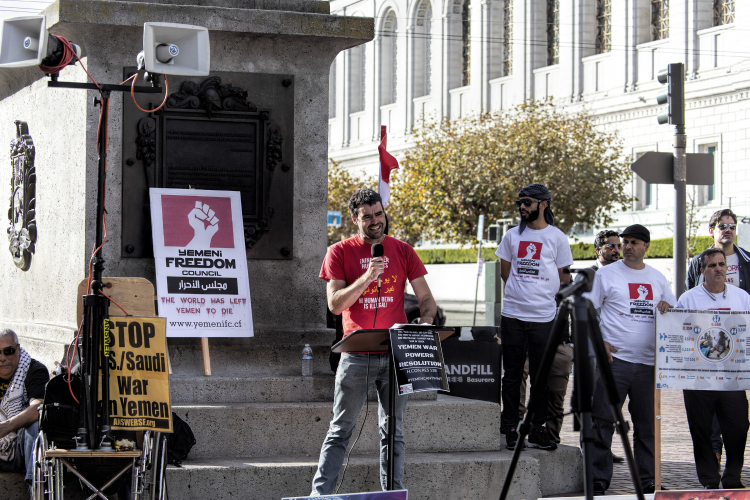 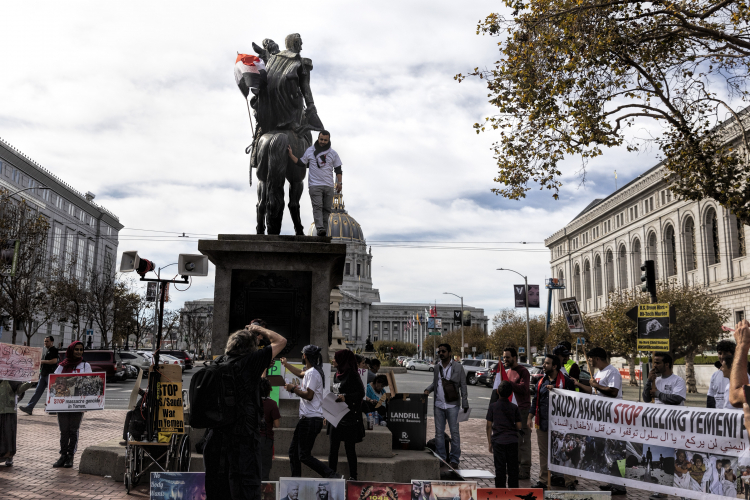 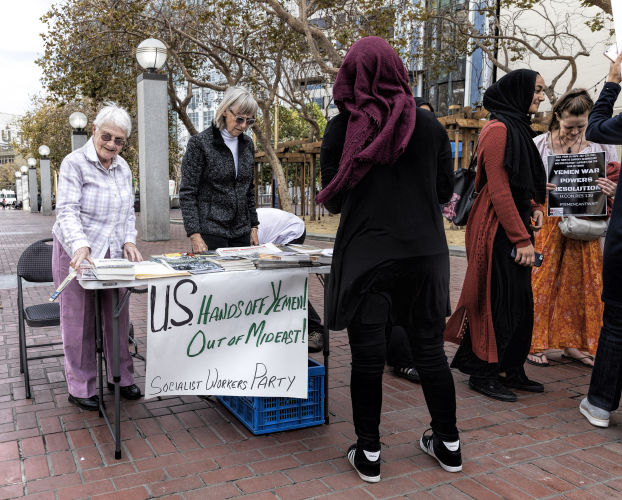 original image (3000x2409)
Add Your Comments
Support Independent Media
We are 100% volunteer and depend on your participation to sustain our efforts!