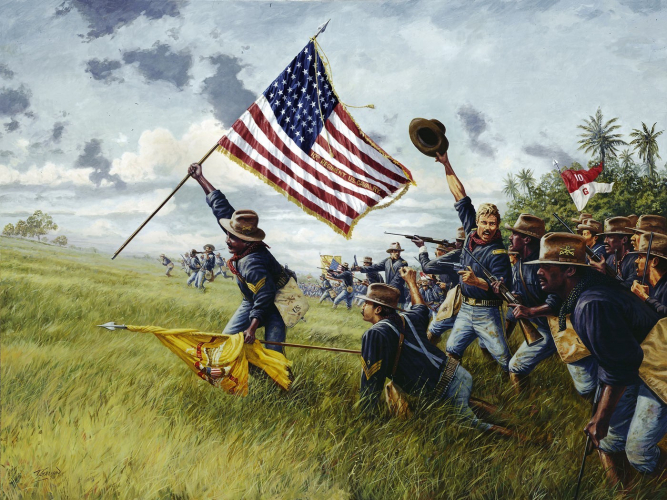 All Military veterans deserve special treatment and recognition on Veterans Day for their service and sacrifice while serving in the Armed Service protecting our great nation, both at home and abroad.

Since 1776, the SF Presidio has protected the special entrance into California. Spanish, Mexican and U.S. history at the Presidio is preserved in a special way.

Beginning in 1866, US Colored Troops were allowed to serve via the Emancipation Proclamation during the US Civil War. By Congressional Act, men of African ancestry were allowed joined the US Army and served as Buffalo Soldiers beginning in 1866. Buffalo Soldiers have rarely received the open support afforded to other veterans through targeted government programs and permanent memorials.

“The past, present and future are connected. I am honored to lend my time, energy and resources to honor the over 500 Buffalo Soldiers are buried at the SF Presidio. Together, we are grateful for the opportunity this special 2018 Veterans Day to celebrate a positive new way forward. We must acknowledge the difficult past challenges and prepare for amazing new opportunities highlighting the living legacy of the Buffalo Soldiers, here in California and the Pan African Diaspora,” according to Khubaka, Michael Harris, Co-Chair, California Buffalo Soldiers, Junior Ranger Program and Reclaiming the Past by Honoring the Ancestors, 2019 Folsom Juneteenth, Negro Bar - California State Park.

2018 Veterans Day at the SF Presidio is also a special day to recognize the service of Ranger Frederik "Rik" Penn as he leads his final historic Buffalo Soldiers walk from the Presidio Officers' Club to the San Francisco National Cemetery. After 25 years of distinguished service, Ranger Penn is retiring from the National Park Service. A veteran himself, Ranger Penn will share the unique history of the first black army unit stationed at the Presidio of San Francisco, drawing connections between the past and the present.

Join us by the Moraga Room fireplace for a facilitated Buffalo Soldiers Discussion, in the Presidio Officers’ Club, 10:30 am, Presidio Heritage Gallery, followed by a Flag Raising Ceremony at Pershing Square at 11:30 am and Historic Buffalo Soldiers Walk, led by Ranger Frederik “Rik” Penn to the San Francisco National Cemetery.

Added to the calendar on Sat, Nov 3, 2018 1:37PM
Add Your Comments
Support Independent Media
We are 100% volunteer and depend on your participation to sustain our efforts!