Add an Event
Newswire
Calendar
Features
Home
Donate
From the Open-Publishing Calendar
From the Open-Publishing Newswire
Indybay Feature
Publish to Newswire
Add an Event
Related Categories: South Bay | Labor & Workers
Protest Outside of San Jose Marriott
by Labor Rising
Saturday Oct 20th, 2018 8:26 PM
A large and loud march and rally raised a ruckus in downtown San Jose today. The South Bay Marriott Hotel was one of many Marriotts in eight cities where employees participated in a national day of mass action under the banner, "One Job Should Be Enough". 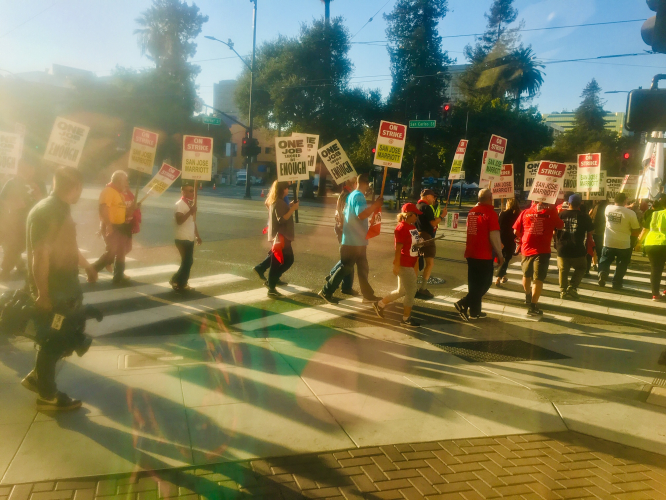 original image (2016x1512)
Calling for increased wages, job security and workplace safety, hundreds of members of Unite Here sounded off in front of the San Jose Marriott hotel, then marched through the downtown area on October 20.

The Union wants to change the lives of all workers in the industry with this historic strike which is affecting a total of 23 hotels in eight cities. In San Jose today, some strikers brought family members, and most wore red t-shirts emblazoned with the slogan “One Job Should Be Enough”. Many Marriott employees say they have to work two or three jobs to support themselves.

In a short rally to get things going, State Assemblymember Ash Kalra addressed the crowd then raised fists together with union members and supporters. Next, the group of hundreds marched for over an hour with bullhorns, drums and chants. Lastly they reprised their rally with an even louder one back at their starting place, the Marriott Hotel on Market St. Demonstrators planned to stay through the night with a loud presence outside the hotel.

According to the Socialist Worker, employees at the San Jose Marriott are picketing 24 hours a day at both entrances. The pickets are made up of hotel workers, union staff, supportive neighboring unionized hotel staff and community members. Four drummers keep the beat while two picketers use megaphones to lead chants.
https://socialistworker.org/2018/10/17/the...
§10 sec video Lotta Noise
by Labor Rising Saturday Oct 20th, 2018 8:26 PM
Copy the code below to embed this movie into a web page:
Download Video (931.5KB) | Embed Video
§A Raging Granny in the march
by Labor Rising Saturday Oct 20th, 2018 8:26 PM 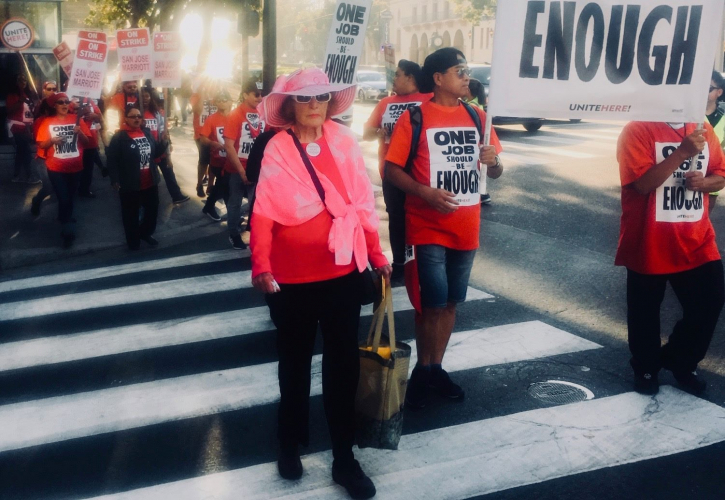 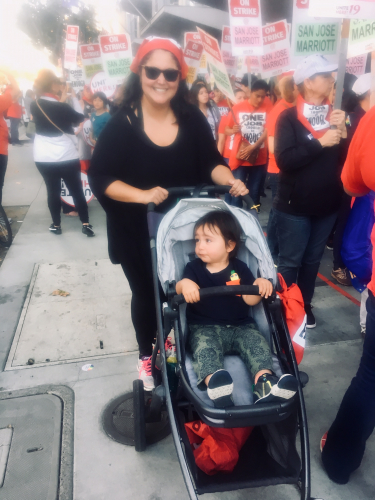 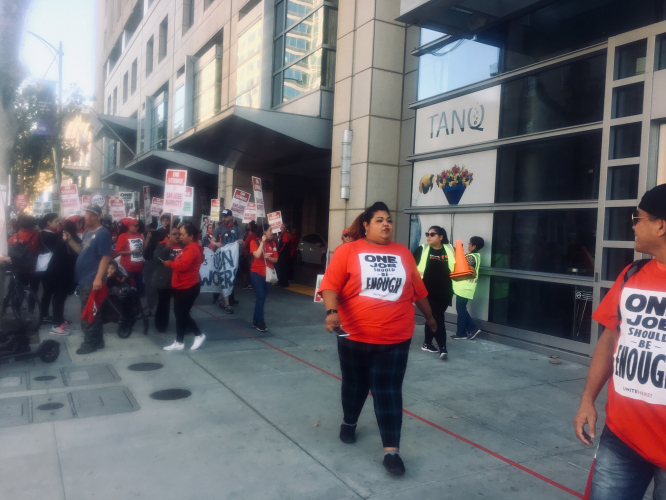 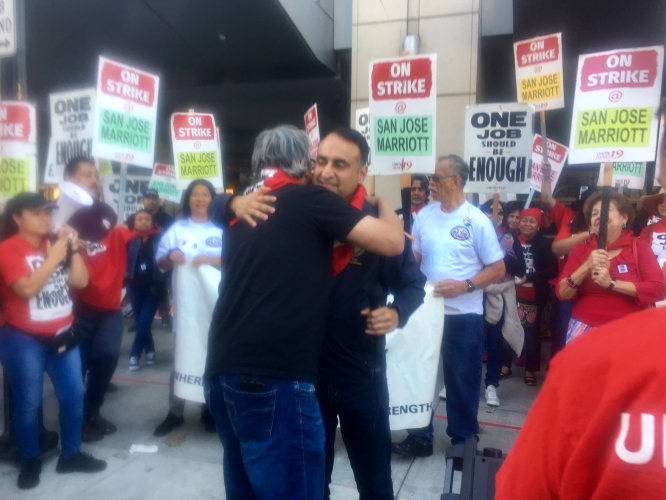 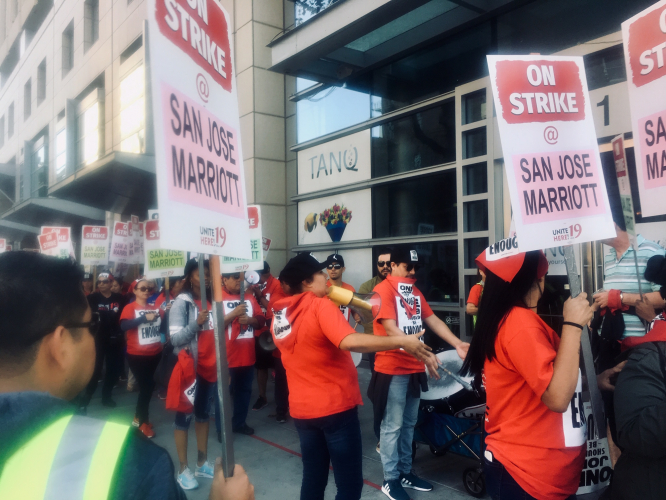