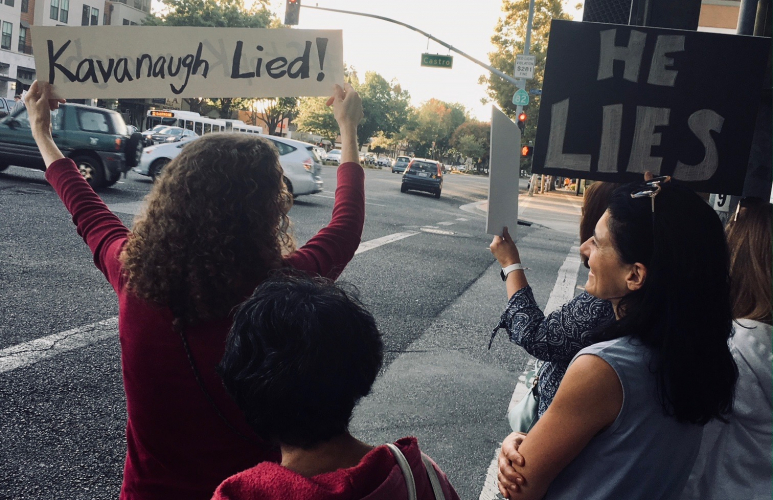 About 30 people showed up with only a few hours notice at a demo at Gateway Park in Mountain View last night. They said with their signs and in interviews that Brett Kavanaugh lied in his testimony regarding Dr. Christine Blasey Ford's credible allegation of sexual assault. They gathered to show the country that women and men will hold Republicans accountable come November.

Mountain View is not without its colorful characters. "Maga-Man", so named for his Make America Great Again message and creative costuming, urges people to vote Republican with great amplification at the busy crossroads of El Camino Real and Castro Street several times a week. He stood in the middle of the intersection blasting his message at about the same time as people started to gather at the Gateway Park demo on the southeast corner. As it turns out, even Maga-Man thinks Kavanaugh likely lied about what really happened that fateful night in 1982.

§A colleague of Christine Ford's from Stanford University
by Progressive Thursday Oct 4th, 2018 1:00 AM 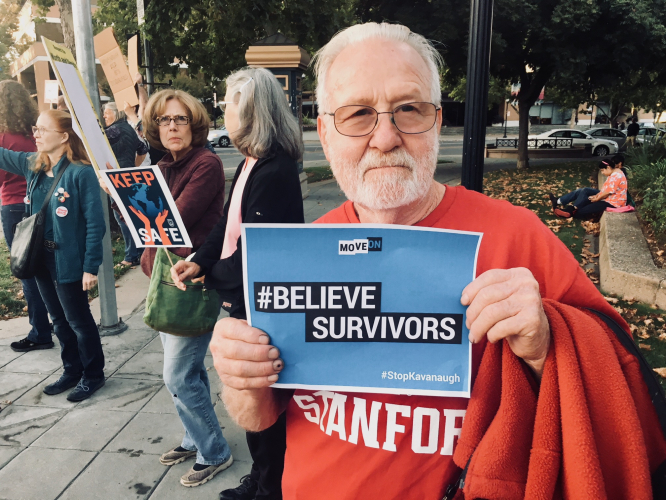 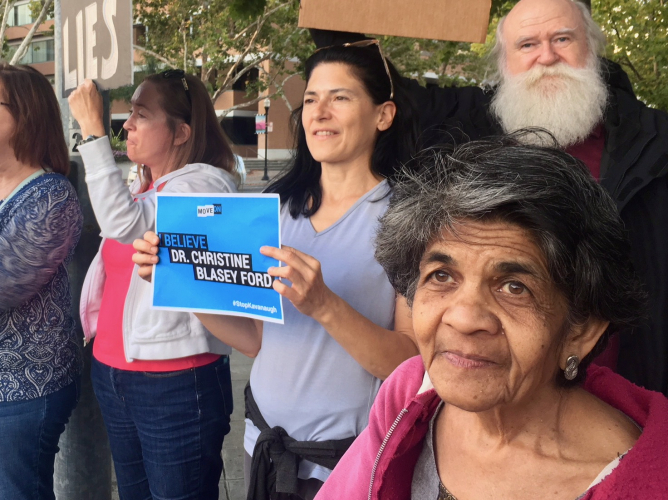 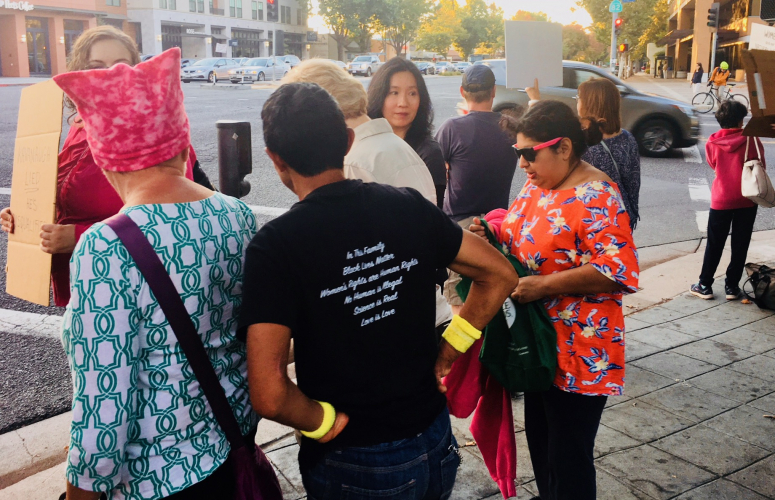 original image (1840x1186)
In this family, Black Lives Matter, Women's Rights are Human Rights, No Human Being is Illegal, Science is Real, Love is Love.
§She Persists
by Progressive Thursday Oct 4th, 2018 1:00 AM 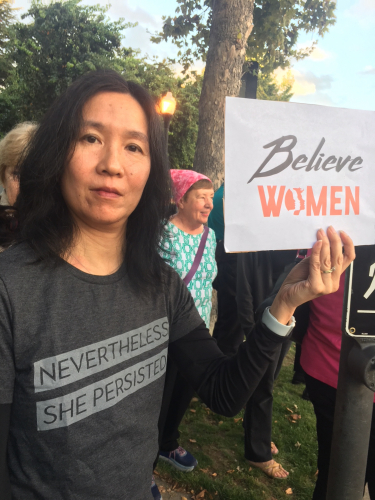 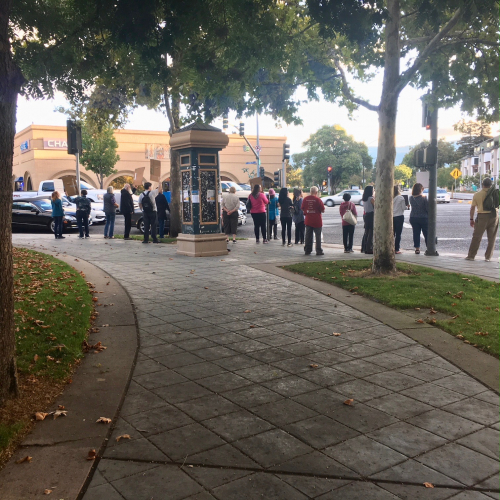 original image (1512x1512)
Add Your Comments
Support Independent Media
We are 100% volunteer and depend on your participation to sustain our efforts!