If You’re Going to Santa Cruz

by David Rovics
Last night I was kicked out of a building for the first time in my 51 years. It happened in Santa Cruz, California. Here's my latest podcast.
Listen now:
Copy the code below to embed this audio into a web page:
Download Audio (5.7MB) | Embed Audio
If You're Going to Santa Cruz

If you're going to Santa Cruz, you'd best have lots of green
And I'm not talking about cannabis, you know what I mean
I'm talking about money – the city reeks of dollar bills
You can see it on the lawn signs beneath the window sills
Vote no on Measure M, all the developers say
Because a rent control board would just get in the way
Of profits – because that's all there is to lose
If the rich don't get their way in the town of Santa Cruz

If you're going to Santa Cruz, you can put flowers in your hair
But don't sit down on a bench for 16 minutes while you're there
Don't try to use the toilet at the public library
Or at the so-called community center, or you will quickly see
That the laid-back surfer vibe is just a very thin veneer
To hide a playground for the rich, where the poor all live in fear
Fear of the next eviction – between the things that they must choose
Between eating or feeding the landlord in the town of Santa Cruz

If you're going to Santa Cruz, don't play music in the street
By the statue of Tom Scribner, where the anarchists used to meet
Back in the days when anarchists could afford to exist
Anywhere near the coastline that the red sun kissed
The city is a police state – complete with microbreweries
But you better leave by nightfall if you're not a Google employee
If you like to travel here's some advice you can use
Avoid the bourgeois town they call Santa Cruz 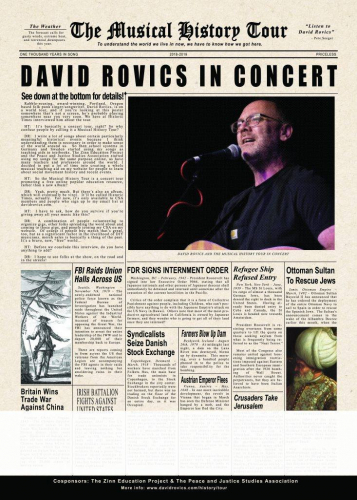 original image (733x1024)
END_OF_DOCUMENT_TOKEN_TO_BE_REPLACED
Add Your Comments
Support Independent Media
We are 100% volunteer and depend on your participation to sustain our efforts!