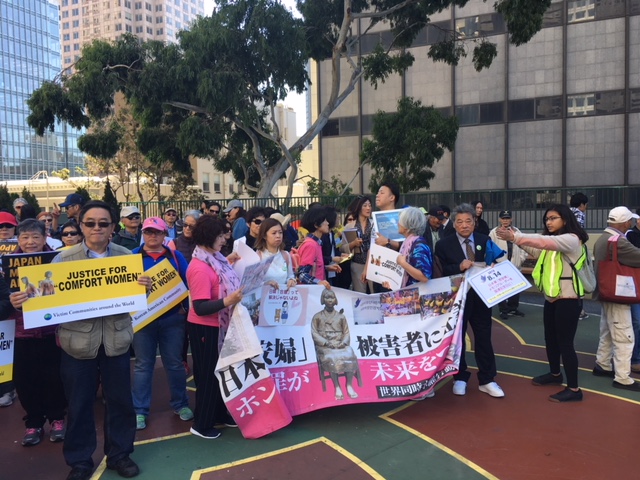 An Osaka, Japanese delegation of community and women participants marched in San Francisco on September 22, 2018 to commemorate the one year anniversary of the Comfort Women Memorial.
https://remembercomfortwomen.org
Add Your Comments
Support Independent Media
We are 100% volunteer and depend on your participation to sustain our efforts!