Add an Event
Newswire
Calendar
Features
Home
Donate
From the Open-Publishing Calendar
From the Open-Publishing Newswire
Indybay Feature
Publish to Newswire
Add an Event
Related Categories: San Francisco | Labor & Workers | Racial Justice
SF City Hall Rally Before Audit Hearing: If We Don't Get No Justice You Don't Get No Peace
by Labor Video Project
Friday Sep 21st, 2018 9:15 AM
SEIU 1021 San Francisco city workers rallied at City Hall on 9/19/18 to protest the systemic racism, workplace bullying and illegal discrimination and termination of African American and other workers in the City. The rally was called prior to a audit hearing of the SF Board Of Supervisors to hear from witnesses and the Department of Human Resources run by Micki Callahan. Workers said that she had been personally involved in managing the illegal discrimination and retaliation against African American and other city workers. 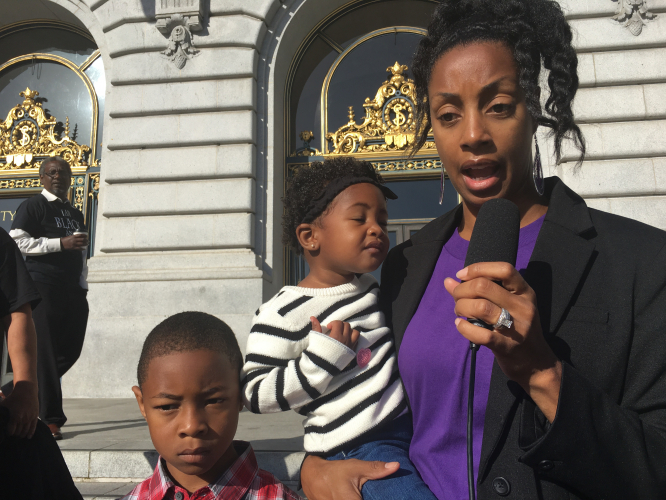 original image (4032x3024)
SF City Hall Rally Before BOS Audit Hearing: If We Don't Get No Justice You Don't Get No Peace!
San Francisco city workers who are members of SEIU Local 1021 and IFPTE Local 1021 spoke out at a rally at SF City Hall against the systemic racism, workplace bullying and discriminatory terminations against African American workers and other groups in San Francisco. The rank and file members had forced the SF Board of Supervisors to have an audit of the Human Resources Department which is headed by Micki Callahan. Many workers talked about her role in illegal discriminatory actions and covering up managers and executives who have violated labor and human rights laws.

Top managers have been involved in financial mismanagement and fraud who have been promoted by Micki Callahan while whistleblowers have been retaliated against throughout city agencies. The San Francisco Labor Council has also supported the case of SEIU 1021 steward and Potrero Hill Health Center healthcare worker Cheryl Thornton who was improperly removed from her job for being a whistleblower. The Council also called on all Supervisors to oppose the systemic racism in the City and Country. There is also a drive for privatization and outsourcing of all city jobs which is attacking the community and all public services.

SFLC Resolution To Oppose Retaliation Against SEIU 1021 Member Cheryl Thornton & Opposition to Workplace Bullying and Racist Discrimination in the City and County of San Francisco
http://sflaborcouncil.org/wp-content/uploads/2018/05/05-14-18ResSptSEIU-1021-Member-Cheryl-Thornton..pdf 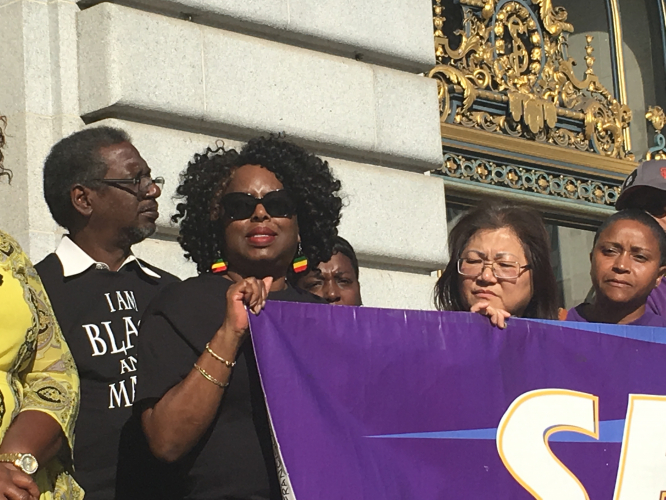 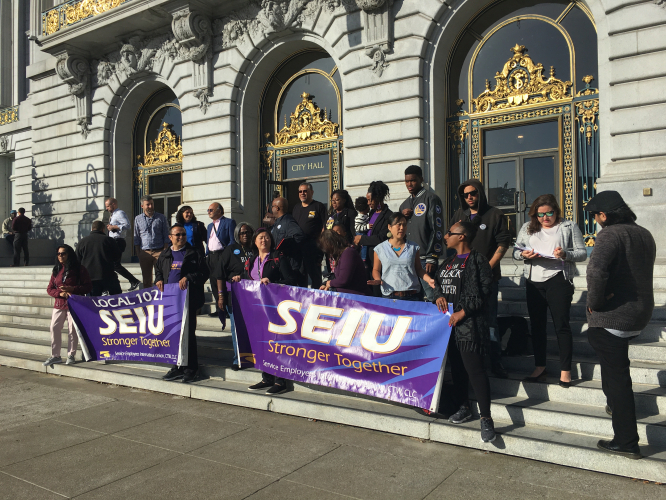 original image (4032x3024)
Workers and trade unionists including from the San Francisco Labor Council called on the City to end the systemic racist retaliation against not only African American workers but whistleblowers. They said that Micki Callahan and the Department of Human Resources had used their operation to cover-up the illegal activities.
https://www.youtube.com/watch?v=qpiwrCCLqj...
§Shop Steward Speaks Out
by Labor Video Project Friday Sep 21st, 2018 9:15 AM 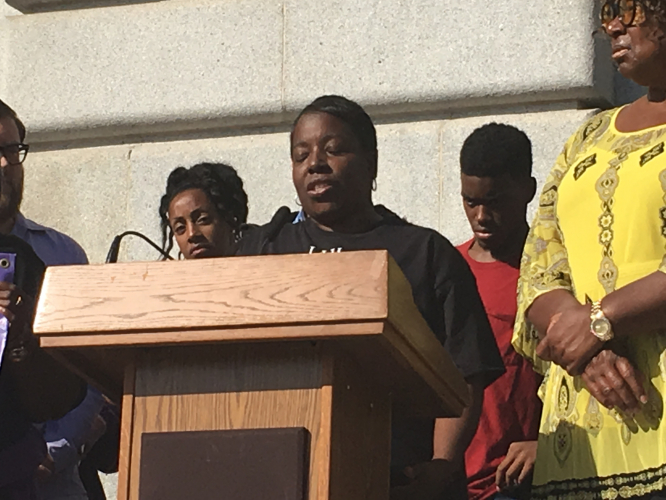 original image (4032x3024)
SEIU 1021 shop stewards who try to defend the members are themselves targeted by city managers in a union busting campaign as they move to outsource thousands of city jobs to private contractors and cronies of SF politicians.
https://www.youtube.com/watch?v=qpiwrCCLqj...
Add Your Comments
Support Independent Media
We are 100% volunteer and depend on your participation to sustain our efforts!