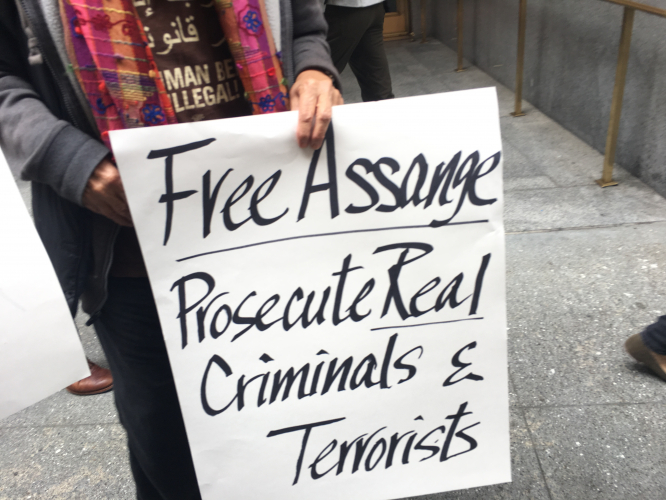 original image (4032x3024)
Instead of prosecuting the real criminals who have committed war crimes the US and UK government are going after Julian Assange and other whistleblowers and journalists.
http://www.upwa.info
Add Your Comments
Support Independent Media
We are 100% volunteer and depend on your participation to sustain our efforts!