by Steve Brown
KPFA manager Quincy McCoy has unilaterally banned the longtime show Guns and Butter without any hearing or due process and censored all the past shows. This is from "Free Speech" radio. Quincy has a long history of deciding what should be on the air without any process of the staff and community who pay for the station. 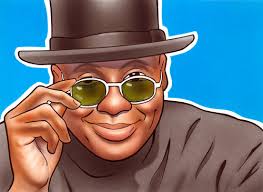 A few days ago, producer Bonnie Faulkner and her radio program “Guns and Butter” were censored and permanently banned from KPFA (a Pacifica Station) because of what its Station Manager, Quincy McCoy, described as “an avalanche of negative calls and emails from listeners” who complained about Faulkner’s allowing an alleged “Holocaust Denier” to speak on her program.

I received on Wednesday, August 8th, before Guns and Butter would have aired on KPFA, the following email from the General Manager:

We've received an avalanche of negative calls and emails from listeners about your uncritically airing of views by a holocaust denier, climate denial and casting the Parkland mass shooting survivors as crisis actors. As steward of our airways, we can't defend this content to our listeners.

This was followed, said Faulkner, by the abrupt removal of KPFA’s entire 16-years of “Guns and Butter” programs from the KPFA station archives. “Down the memory hole,” Faulkner called it. But to me, it looks more like a Soviet-era attempt to erase history. Even more unsettling – at a station that loves to refer to itself as "Free Speech Radio" – there was no discussion of the claims against Faulkner, nor was there any provision for due process, before these actions were taken.

How times have changed! I remember vividly, twenty years ago, that when KPFA management attempted to censor a broadcaster, there was a mass uprising. Ten thousand outraged Berkeley listeners rolled off their waterbeds, buckled on their Birkenstocks, and marched upon the station. They surrounded its building, erected a tent city in its front yard, defied municipal police and armed guards hired by the station, and eventually sparked a total overhaul of KPFA and Pacifica governance. Just remembering that spontaneous and explosive community rejection of media censorship brings a lump to my throat.

But as I noted, that was 20 years ago, and times have changed. Today there has been virtually no community reaction – let alone outrage – over KPFA’s censorship and banning of Bonnie Faulkner. That demonstrates how far Pacifica’s soi-disant supporters have drifted from the network’s founding principles.

For the past 16 years, Bonnie Faulkner has financed the production and airing of “Guns and Butter” herself, out of her own (not-very-deep) pockets, in order to familiarize her KPFA listeners with the “forbidden thoughts” of people and narratives that do not get much traction in mainstream media. The program’s ethos was nicely described in an online article by P. Joseph Potocki :

"Guns and Butter gives voice to whistleblowers, disenchanted military insiders and former high-level spooks, and to radical economists, pit-bull researchers and geopolitical wunderkinds. The program is all about money, powerful establishment baddies, plots, schemes and Cassandras. Subject matter ranges from the dangers threatening our democracy to connections between capitalism and environmental destruction; from revelations of unprecedented graft, greed, banal cabals and gruesome conspiracies to buried histories, assassinations, false flag warfare and the apocalyptic tendencies of Americans intent to chug-a-lug whatever Kool-Aid their masters pour them.

"In short, Guns and Butter attempts to bring to light what the world’s elite strive to keep hidden in the shadows. The program pointedly covers issues that career-cowed mainstream and even most non-mainstream broadcast media people flat-out can’t or simply refuse to touch."

Faulkner does not necessarily endorse what her guests have to say. But she is now being pilloried for allowing them to say it. The program that led to her present permanent banning (although McCoy has censored her before) included commentary by an alleged “Holocaust Denier,” a term which, at KPFA and other Pacifica stations, has now become a handy way to smear anyone who questions, let alone criticizes, Israel’s treatment of Palestinians or its influence on U.S. foreign policy. Also smeared -- or banned or otherwise discouraged from appearing on KPFA’s airwaves – are guests who might, for example, question mandatory vaccination, or the ‘official’ government story of 9/11 and the destruction of the World Trade Towers.

But – what if Faulkner’s guest really is a “Holocaust Denier”? To me, that question is irrelevant to the issue of whether a program should be censored or permanently banned because it aired unpopular views. Yes, Faulkner might have questioned this speaker aggressively, and critically, as she usually does with her gusts. But she could not do so in this case, since I believe that the broadcast was not live. In any event, a proper response to the “avalanche of negative calls and emails from listeners,” which KPFA’s manager claimed to have received, should have been – not to censor and ban Faulkner’s programs – but to have her invite the protestors to a subsequent show for a debate, hopefully with the original guest participating by phone. I am sure Faulkner would have loved to do that. And what fun it would have been!

But that option was foreclosed by Station Manager McCoy. His banning of “Guns and Butter” – one of the programming jewels of Pacifica -- was more than merely foolish; it was also arrogant, in that management was arrogating to itself the right to decide what is fit – or unfit – for listeners to hear. That seems to be standard operating procedure for Quincy McCoy, who has disgraced KPFA (and himself) in this way before. For example, a year ago, McCoy banned Faulkner from broadcasting her interview with Gary Null on the topic of mandatory vaccination. Why did McCoy (with no scientific or medical credentials of his own) feel he had a right to ban the broadcast? Because what Null had to say, though backed by a wealth of scientific and medical opinion, did not agree with the establishment paradigm to which McCoy subscribed. Even more unfortunately, McCoy implemented his act of pre-censorship just days before the California legislature was about to vote on the issue of mandatory vaccination. This was unfortunate because, for the weeks and months prior to their vote, the legislature had been flooded with pro-vaccination propaganda, which entirely monopolized all of print media, radio, and TV. Virtually no opposition voices were allowed to be heard, including on KPFA. So McCoy’s banning of this “Guns and Butter” interview with Gary Null was not only an abridgment of free speech – and a shameful act by KPFA – it was also a serious deprivation of information about a vital issue, an issue about which Californians and their legislators had been deliberately kept in the dark by a propaganda blitz from only one side: the side bought and paid for by Big Pharma.

What a huge disservice to KPFA listeners that was!

In his curt kiss-off email to Bonnie Faulkner (reproduced above), McCoy wrote that “we cannot defend this content to our listeners.” What a misunderstanding of Pacifica’s purpose those words display! Management is not there to defend content; it is there to defend the right of content to be heard, especially if that content is unpopular and has been given little or no attention by mainstream media.

It does not even matter if the content proves to be false, because false information can be countered with correct information. But not if there is no information to begin with. If unpopular beliefs are to be banned, rather than examined and evaluated, how can we be certain that the popular, anointed belief is the correct one? The concept of thesis-antithesis-synthesis has worked quite well for Western civilization, and for Pacifica. But Quincy McCoy has decided to throw it out, and substitute, instead, his own infallible judgment about what is Right or Wrong -- or, more important, what is right or wrong for the delicate ears of KPFA listeners.

Whatever became of the long-honored (albeit unwritten) law of Pacifica: ‘Trust our producers.’?

Whenever there is an argument over Pacifica content, it should be welcomed. Our programs should always confront protest in a forthright manner -- not avoid it by censorship. There is nothing wrong with insisting that our programs stand up to – or be defeated by – the disinfectant of open debate. Our audience is perfectly capable of deciding what it wants to hear – but only after it has been given a chance to hear it.

If anyone is to be banned, it should be Station Manager Quincy McCoy, not Bonnie Faulkner. Both have left their mark on KPFA, but the mark that McCoy has left is the mark of shame.

If you agree, make your feelings known.

-- You can reach Station Manager Quincy McCoy at gm [at] kpfa.org.

-- You can reach the 24-person KPFA Local Station Board (LSB) at kpfalsb [at] googlegroups.org, The LSB can initiate the firing of a station manager.

-- But don't stop there. You can reach Pacifica's Executive Director (its CEO) at ed [at] pacifica.org. He can fire a station manager outright.

-- Finally (in addition to the above) you can reach the 22-member Pacifica National Board at pnb [at] pacifica.org. The Board is the ultimate power in Pacifica. It can do whatever it wants, but most of its members (there are some honorable exceptions) usually choose not to do anything except fight with each other, that is, when they are not asleep.

But after making your complaint, don't hold your breath. Complaints without leverage are not worth much, because they don't accomplish much. (Remember the hopeful millions who joined protest marches as a way of telling George Bush not to invade Iraq? Did a lot of good, right?)

As a former Director of Pacifica, I can tell you that the only way to make Pacifica management Do The Right Thing -- at ether the local or national level -- is to issue a credible threat. Which in your case, as a Pacifica supporter, would have to be a threat to withdraw your support -- that is, refuse to send any money to Pacifica (which is funded, not by advertisers, but by listener donations) until it fires Quincy McCoy or reinstates Bonnie Faulkner or -- ideally -- both. Enough threats from enough supporters may actually work. At least, you ought to try, because justice is not self-enabling -- it will not happen unless you fight for it.

As Edmund Burke wrote, “The only thing necessary for the triumph of evil is that good men should do nothing.” Of course, Burke wrote that 150 years ago. Today, he would no doubted have added "and women" -- or face an angry #Metoo-sponsored motion to evict him from Parliament.

Add us to your address book


Want to change how you receive these emails?
You can update your preferences or unsubscribe from this list
END_OF_DOCUMENT_TOKEN_TO_BE_REPLACED
Related Categories: Media Activism & Independent Media
Add Your Comments
Support Independent Media
We are 100% volunteer and depend on your participation to sustain our efforts!