WorkWeek on July 14, 2018 looks at the recent Federal court decision in favor of Benecia Unified School District groundskeeper Dewayne “Lee” Johnson against chemical biotech company Monsanto for causing his cancer. Johnson won $39.2 million in compensatory damages and $250 million in punitive damages because the jury said his cancer was a result of the use of Monsanto's Roundup. WorkWeek interviews journalist and author Carey Gillam. Gillam is a member of Society of Environmental Journalists and a public interest researcher for US Right to Know, a not-for-profit food industry research group. She is also the author of the book WHITEWASH: The Story of a Weed Killer, Cancer, and the Corruption of Science.

Also joining the program is San Francisco Chronicle legal reporter Bob Egelko who has covered the case and also the case of Javier Alcala who was a Caltrans worker and member of IUOE Local 3. He sued Monsanto in 2010 for his illness which he charged was caused by roundup owned by Monsanto. His case was dismissed.and in 2012 he won an appeal after presenting evidence about his illnesses from spaying Roundup on weeds on California highways.

The US EPA has also told workers and the pubic that this chemical is safe and does not cause cancer. 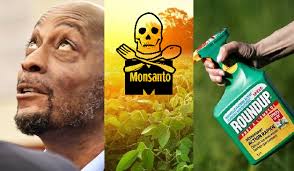 Monsanto which has made millions with the genetically engineered pesticide Roundup knew that it was causing cancer but did a massive cover-up and organized fraud operation to propagandize for their pesticide. The California and US government continue to refuse to label the product and have refused to remove it despite the legal ruling that it caused cancer.
https://soundcloud.com/workweek-radio/ww8-...
Add Your Comments
Support Independent Media
We are 100% volunteer and depend on your participation to sustain our efforts!