Add an Event
Newswire
Calendar
Features
Home
Donate
From the Open-Publishing Calendar
From the Open-Publishing Newswire
Indybay Feature
Publish to Newswire
Add an Event
Related Categories: Central Valley | Education & Student Activism | Racial Justice
Establishing the Colonel Charles Young Memorial Highway
by Khubaka, Michael Harris (blackagriculture [at] yahoo.com)
Monday Aug 6th, 2018 7:24 PM
Throughout the Great State of California are many profound "hidden figures" who have made amazing contributions to the forward flow of humanity. Discovering the fullness of the living legacy of Colonel Charles Young is poised to become an outstanding American story of our unique California Pan African experience. Enslaved in Kentucky at birth and died in service of our nation in Lagos, Nigeria... what an amazing journey to explore. 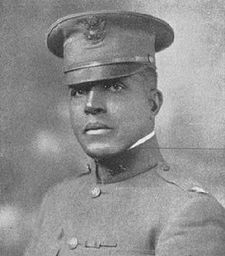 WHEREAS, Colonel Charles Young was born into slavery on March 12, 1864, in Mays Lick, Kentucky, to Gabriel Young and Arminta Bruen; and

WHEREAS, After his father, Gabriel Young, escaped from slavery and enlisted in the Fifth Regiment of Colored Artillery, his service earned Gabriel and his wife their freedom; and

WHEREAS, Charles Young attended the all-white high school in Ripley, Kentucky and graduated at the top of his class; and

WHEREAS, In 1883, Charles Young took an examination for appointment as a cadet at the United States Military Academy at West Point, and was admitted in 1884; and

WHEREAS, Having graduated from West Point in 1889 with a commission as a second lieutenant the third African American to do so at the time, he served with the Ninth U.S. Cavalry Regiment for 28 years; and

WHEREAS, Lieutenant Young served as a professor for four years at Wilberforce College, where he led the new military sciences department; and

WHEREAS, When the Spanish-American War broke out, Young was promoted to the temporary rank of Major of Volunteers on May 14, 1898, where he commanded the 9th Ohio Infantry Regiment; and

WHEREAS, Young, in one summer, accomplished more than the previous three officers assigned to the park through the management of extensive road construction, along with the improvement of the underdeveloped park, which allowed more visitors to enjoy the park than ever before; and

WHEREAS, In his final report on the Sequoia Park to the Secretary of the Interior, Young recommended the acquisition of privately held lands there to secure more park area for future generations, from which legislation was introduced in the House of Representatives; and

WHEREAS, In 1904, Young married Ada Mills in Oakland, California and later became the father of two children, Charles Noel and Marie Aurelia; and

WHEREAS, Because of his exceptional leadership of the 10th Cavalry, Young was promoted to Lieutenant Colonel in September 1916, the first African American to achieve the rank of colonel in the United States Army; and

WHEREAS, Colonel Young died on January 8, 1922, from a kidney infection while on a reconnaissance mission in Lagos, Nigeria, and was given a full military funeral at Arlington National Cemetery; now, therefore, be it

Resolved by the Assembly of the State of California, the Senate thereof concurring, That the Legislature pays tribute to the memory of Colonel Charles Young, a distinguished American who dedicated his life to the service of the State of California and the United States, by designating the portion of State Highway 198, extending from the post mile marker starting at Salt Creek Road (41.226) on Highway 198 to end at Sequoia National Park in the County of Tulare, as the Colonel Charles Young Memorial Highway; and be it further

Resolved, That the Department of Transportation is requested to determine the cost of appropriate signs consistent with the signing requirements for the state highway system showing this special designation and, upon receiving donations from nonstate sources sufficient to cover that cost, to erect those signs; and be it further

Resolved, That the Chief Clerk of the Assembly transmit copies of this resolution to the Director of Transportation and to the author for appropriate distribution.