Add an Event
Newswire
Calendar
Features
Home
Donate
From the Open-Publishing Calendar
From the Open-Publishing Newswire
Indybay Feature
Publish to Newswire
Add an Event
Related Categories: Peninsula | Immigrant Rights
Protest at Palantir in Palo Alto
by Palantir Complicit with ICE
Tuesday Jul 31st, 2018 2:48 PM
Protesters blocked the front door and chanted in front of Palantir headquarters after they were locked out of the building on July 31. They were trying to deliver a letter to CEO Alex Karp urging him to cancel the company’s contract with ICE. 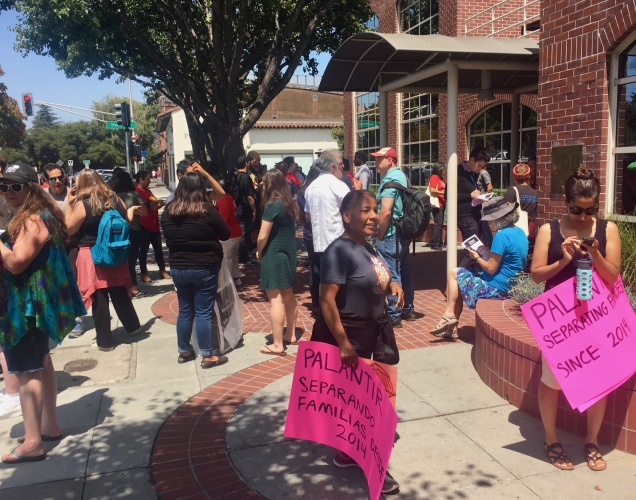 original image (1751x1376)
A coalition of activists from more than a dozen organizations including Silicon Valley Rising, Mijente, the Tech Workers Coalition and Fight for $15, protested at Palantir headquarters on July 31. They attempted to deliver a letter to CEO Alex Karp urging him to cancel the company’s contract with ICE. Organizers said they were locked out of the office building on Hamilton Ave. in downtown Palo Alto, so they stood outside the building, making their demands with loud voices.

A member of Silicon Valley Rising said that Palantir enables ICE’s well-documented abuses of immigrants. The company runs a data program called Investigative Case Management that allows immigration agents to access a vast ecosystem of data that helps them find their targets and form cases against them. Protesters were part of a national day of action against businesses, schools, and local governments that have ties to the Immigration and Custom Enforcement Agency.

One protester said, "We demand an end to this inhumanity. Palantir is building the tools of digital fascism being used by the Trump administration to harass, incarcerate and deport immigrants."
§signs
by Palantir Complicit with ICE Tuesday Jul 31st, 2018 2:48 PM 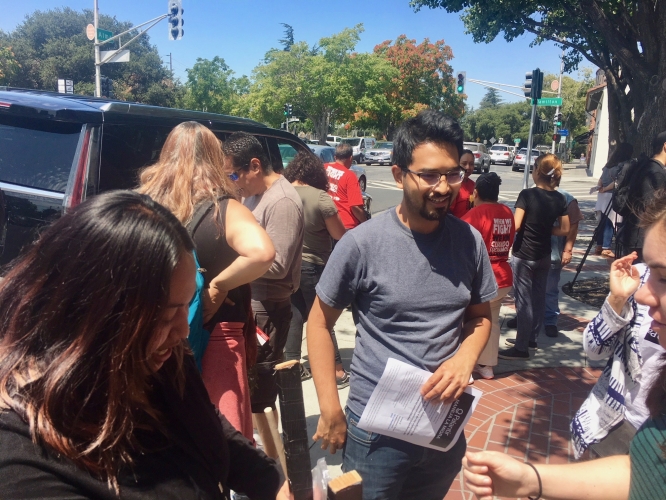 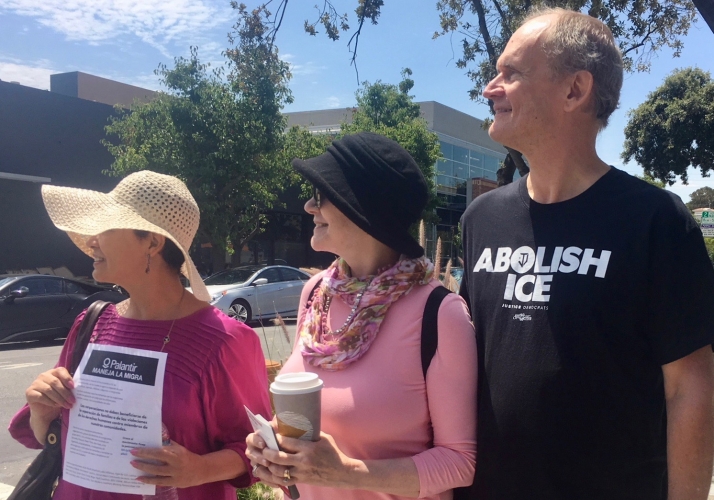 original image (1492x1044)
Protesters on hand near Palantir to greet the protesters who marched from Palo Alto train station to Palantir HQ
§#Fight for 15
by Palantir Complicit with ICE Tuesday Jul 31st, 2018 2:48 PM 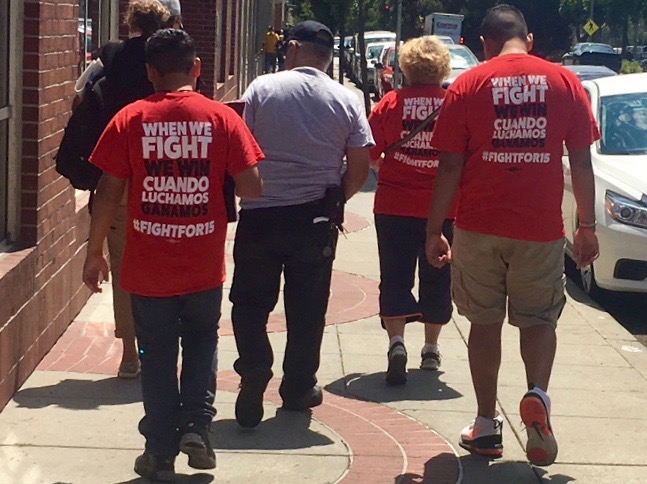 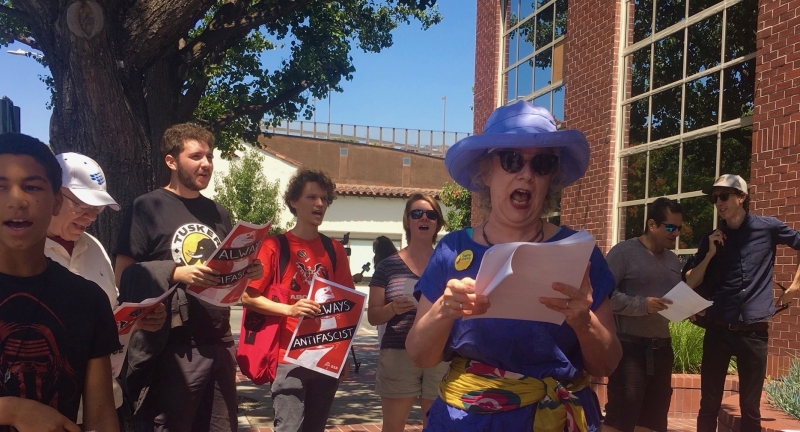 original image (1869x1011)
Add Your Comments
Support Independent Media
We are 100% volunteer and depend on your participation to sustain our efforts!