Add an Event
Newswire
Calendar
Features
Home
Donate
From the Open-Publishing Calendar
From the Open-Publishing Newswire
Indybay Feature
Publish to Newswire
Add an Event
Related Categories: California | Central Valley | Environment & Forest Defense | Government & Elections
Coalition Slams Delta Tunnels Finance Authority's Request for $1.8 Billion Loan from Trump
by Dan Bacher
Monday Jul 23rd, 2018 9:59 AM
The request from the Delta Conveyance Finance Authority (DCFA) for a $1.6 billion loan from the Trump Administration through the Environmental Protection Agency (EPA) is only the latest in Brown’s efforts to collaborate with Trump on the Governor’s legacy project, the Delta Tunnels. 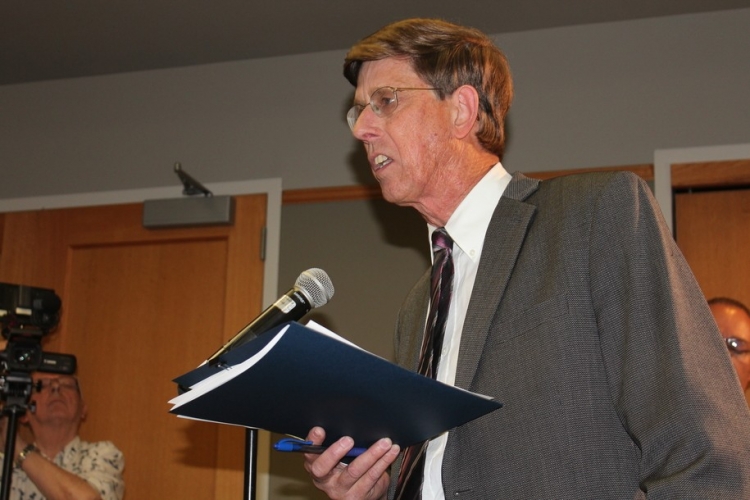 The coalition described the controversial project as the “State of California’s ill-conceived proposal to build twin tunnels in the Sacramento-San Joaquin River Delta known as ‘WaterFix’”.

“The Metropolitan Water District and other tunnel proponents that make up the DCFA, haven’t even started the project and they are already seeking a federal deal,” said Sacramento County Supervisor and DCC Chair Don Nottoli.

Nottoli noted that the U.S. Department of the Interior (DOI), the lead federal agency responsible for the environmental review of California WaterFix, is on record signaling that it does not expect to participate in the funding or construction of the tunnels.

Last October, Russell Newell, a spokesman for DOI, said: “While the Department of the Interior shares the goals of the state of California to deliver water with more certainty, eliminating risks to the California water supply, and improving the environment, at this time, the Department under the current state proposal does not expect to participate in the construction or funding of the CA WaterFix.”

“WaterFix has always been a water grab and, to top it off, they want taxpayers to underwrite a mega low-interest loan that will irreparably harm the Delta” continued Nottoli. “We hope EPA, like DOI, will oppose providing funding or financing for the project.”

“If the JPA gains access to $1.6 billion in financing, it will crowd out funding that could otherwise be used by other California agencies throughout the State. This essentially slams the door on critical projects that, unlike WaterFix, could actually increase the State’s water supply for many California communities,” Nottoli concluded.

The DCC advocates for protecting the interests of the Delta and California’s water supply and has produced a set of approaches that will achieve balance for the economic and environmental health of the Delta while also improving water supply stability. For more information regarding the DCC and its ideas for fixing California’s water issues, please visit sharedwatersolutions.com.

The construction of the Delta Tunnels would hasten the extinction of Sacramento River winter run and spring run Chinook salmon, Central Valley steelhead, Delta and long fin smelt, green sturgeon and other species, as well as imperil the salmon and steelhead populations of the Trinity and Klamath rivers.

While Governor Jerry Brown has posed as the “Resistance” to Trump, he has actually collaborated with the Trump administration on a number of issues, including the Delta Tunnels.

Brown is currently backing a bill, SB 813, that would hand over control of California’s power system from the California Independent System Operator (CAISO) to a Western regional electricity market under the control of the Trump administration’s Federal Energy Regulatory Commission (FERC): http://www.dailykos.com/...

And while Brown says he is “against” the Trump administration’s proposal to open new federal leases for offshore drilling off the West Coast, he has presided over an expansion of offshore drilling off the Southern California coast, including the approval of 238 new offshore wells under existing leases in state waters in Los Angeles and Ventura counties from 2012 to 2016 alone: http://www.dailykos.com/...

The request from the Delta Conveyance Finance Authority (DCFA) for a $1.6 billion loan from the Trump Administration through the Environmental Protection Agency (EPA) is only the latest in Brown’s efforts to collaborate with Trump on the Governor’s legacy project, the Delta Tunnels.

Photo caption: DCC Chair Don Nottoli testifies against the Delta Tunnels project at a meeting of the Delta Conveyance Design and Construction Authority in Sacramento. Photo by Dan Bacher.