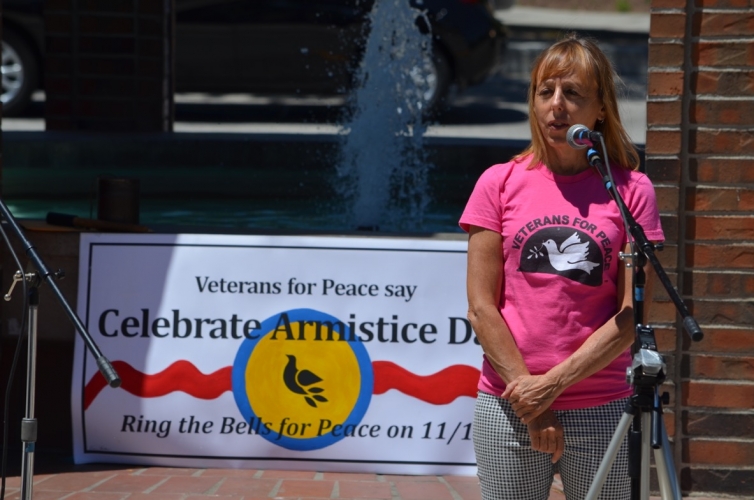 Import event into your personal calendar
Date:
Wednesday, July 11, 2018
Time:
11:00 AM - 12:00 PM
Event Type:
Protest
Organizer/Author:
Armistice 100 Santa Cruz Group
Location Details:
Santa Cruz Town Clock
Water St. & Pacific Ave., Santa Cruz
Coleen Douglas joins Armistice 100 SC Group for an interactive song session at 11 am at the Town Clock. Join the celebration of the 100th Anniversary of the signing of the WWI peace treaty. There will be a ceremony, bell ringing, speeches and lively songs. In addition to Coleen, the Raging Grannies, plus Steve Bare and Gail Swain will add their voices to commemorate the promise of peace.


Photo: Medea Benjamin speaks at Armistice 100 event on 6/11/18, by John Malkin.
Added to the calendar on Mon, Jul 9, 2018 11:57AM
Add Your Comments
Support Independent Media
We are 100% volunteer and depend on your participation to sustain our efforts!