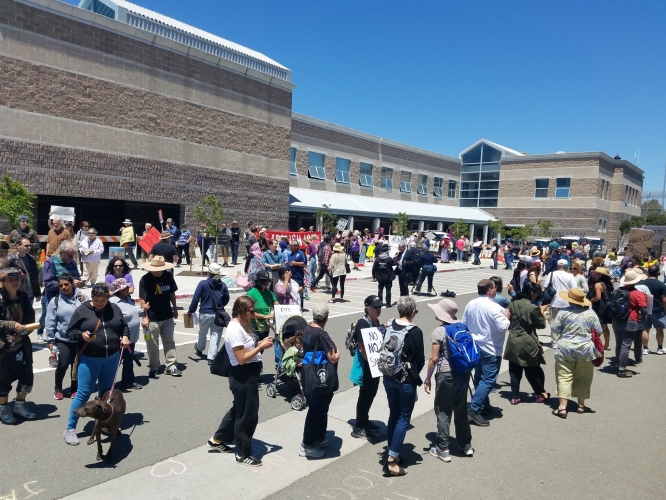 
Demonstrators' plans to occupy the West County Detention Center in Richmond, California beginning June 30 are surging ahead. Organizer Rachel Silverstein said that the demonstration is to pressure Contra Costa County to break their contract with the Immigration and Customs Enforcement Agency (ICE). She said that, "The county contracts with ICE to incarcerate undocumented people. Given the Trump administration's Zero Tolerance policy they need to stop cooperating with them."

The demonstration, which has the support of groups including Refuse Fascism Bay Area, hopes to last through July 4 and if possible to have an around the clock presence.

Silverstein added that although protests at the Richmond facility so far have been amazing, demonstrators now aim to do something more sustained. She said, "We are exercising our right to peacefully assemble and protest. We plan to follow the law and ask others to do the same."
Add Your Comments
LATEST COMMENTS ABOUT THIS ARTICLE
Listed below are the latest comments about this post.
These comments are submitted anonymously by website visitors.