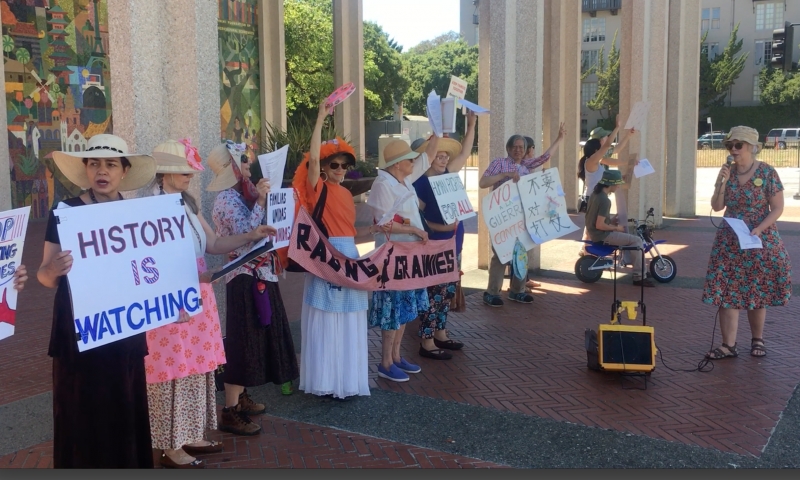 original image (2370x1424)
Yesterday, the Raging Grannies reported from the scene of a protest in San Mateo on KPFA 94.1FM, commenting on what's happening in protests in California. In recent weeks thousands of children have been taken from their parents in the Trump administration's zero tolerance immigration policy.

The Grannies reported, "Our colleague Nancy Mancias from Code Pink is near San Diego at the border. Otai Mesa is the name of the tent detention facility there". The Grannies went on to say that the protesters were shouting "Free Our People!" They stated that they were protesting in San Mateo and it's hot on the San Francisco peninsula, "but of course it's hotter there in the tent city, it must be horrible". They said that Nancy Mancias' live feed from Otai Mesa documented an amazing action of protest. Jailed immigrants could be heard shouting and whistling back to the protesters in response to the demonstrators' loud messages outside. 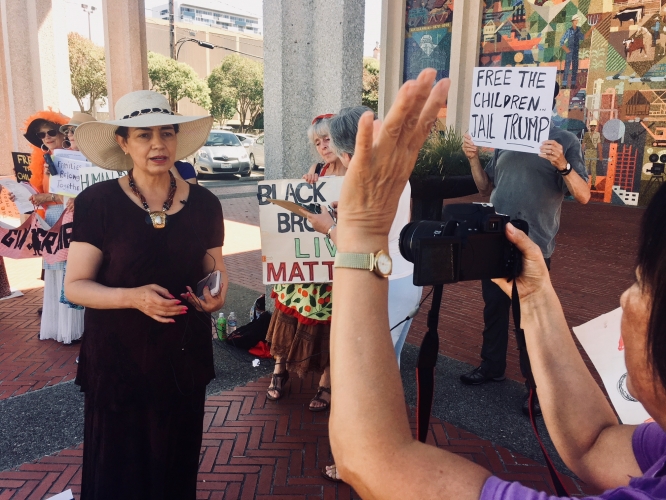 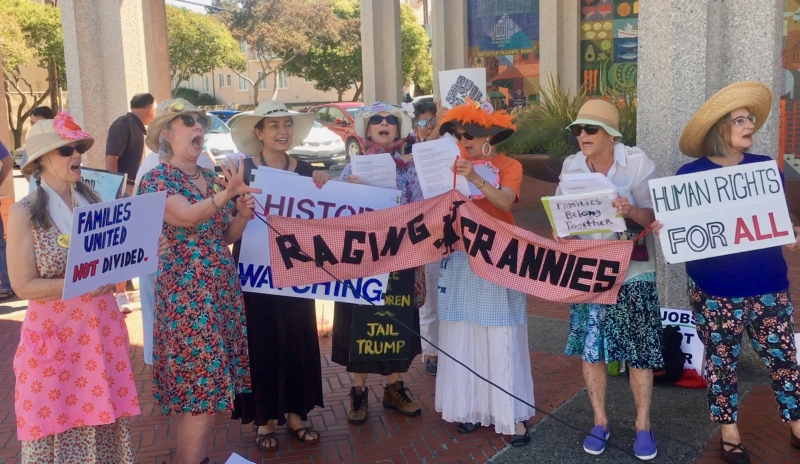 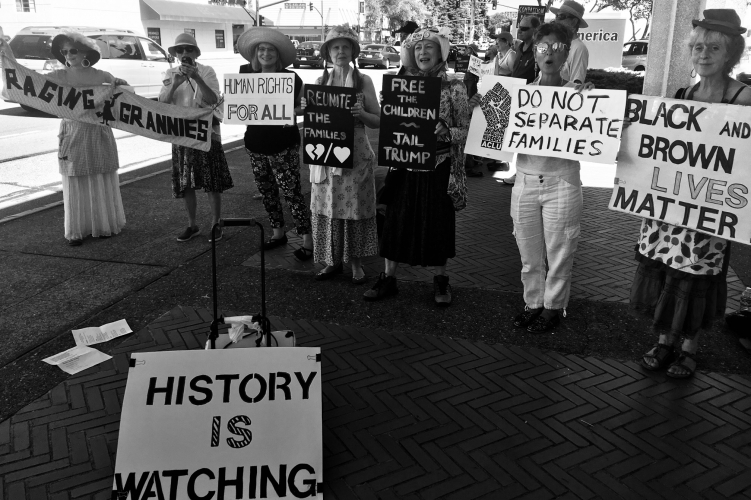 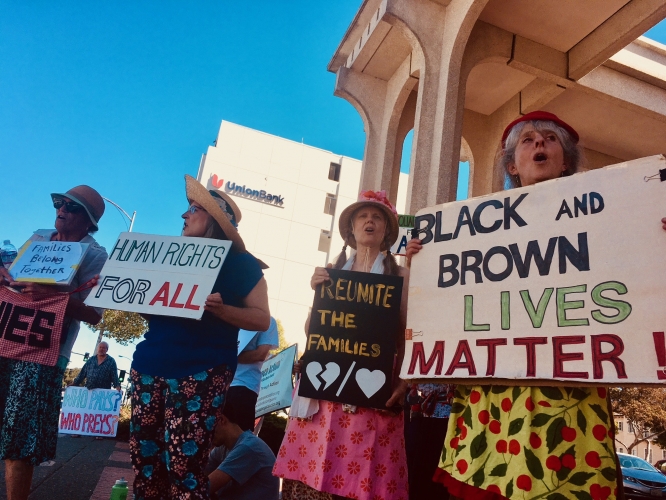 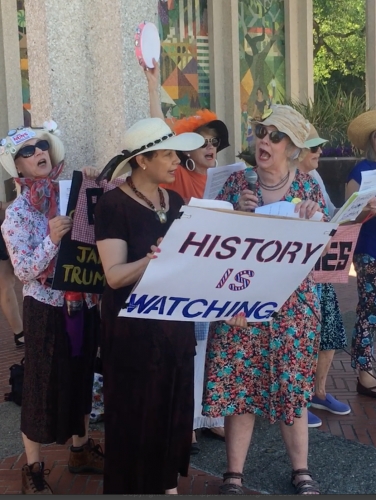 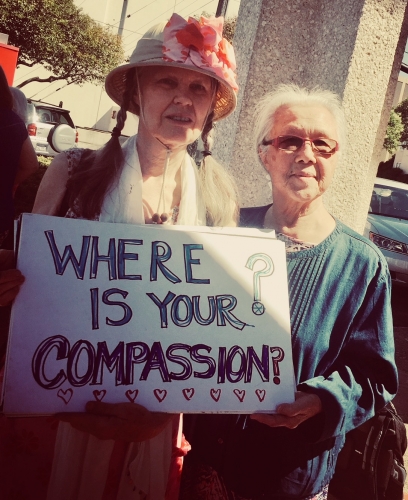 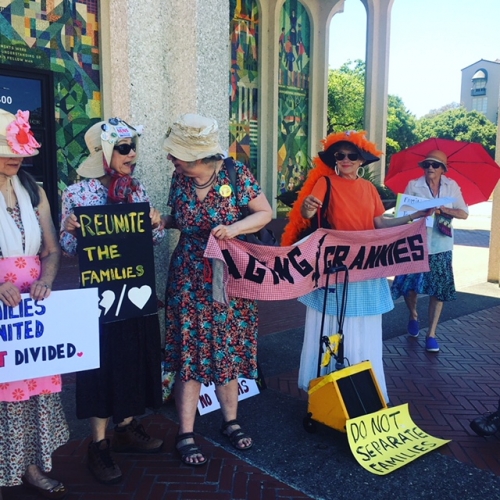 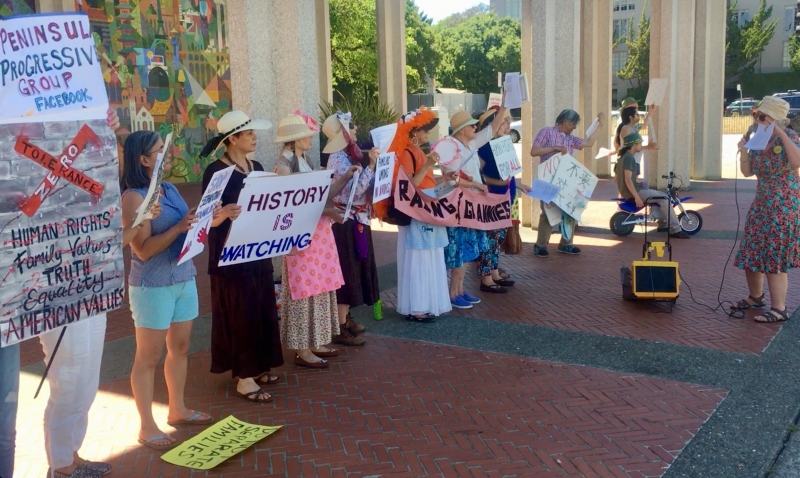 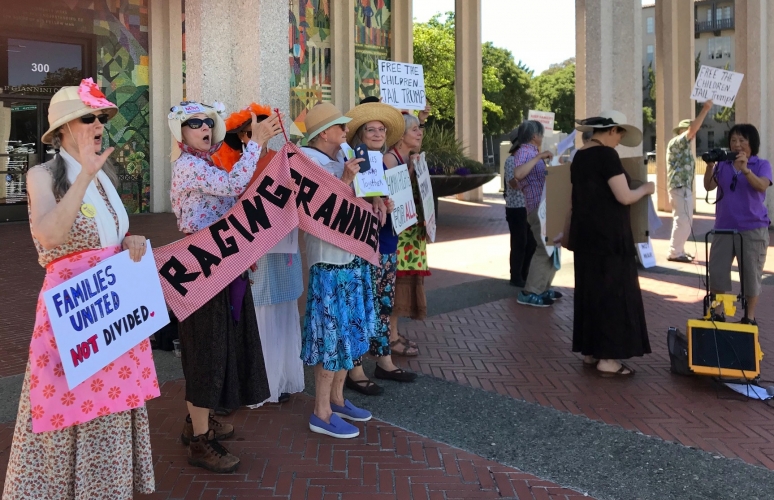 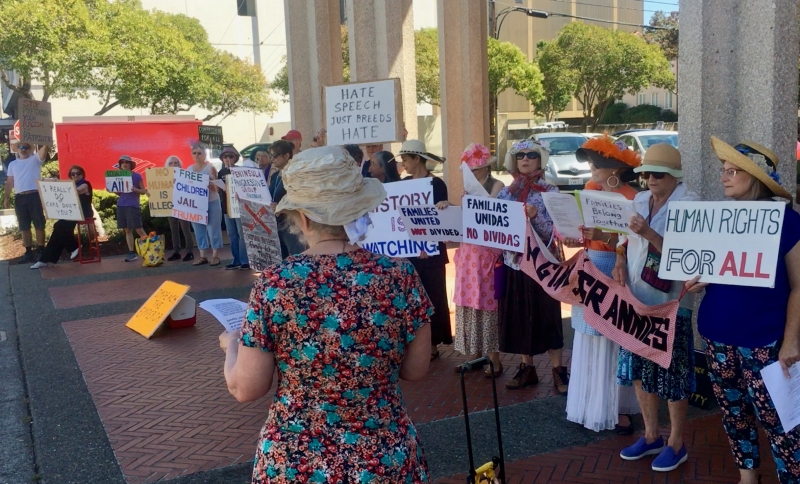 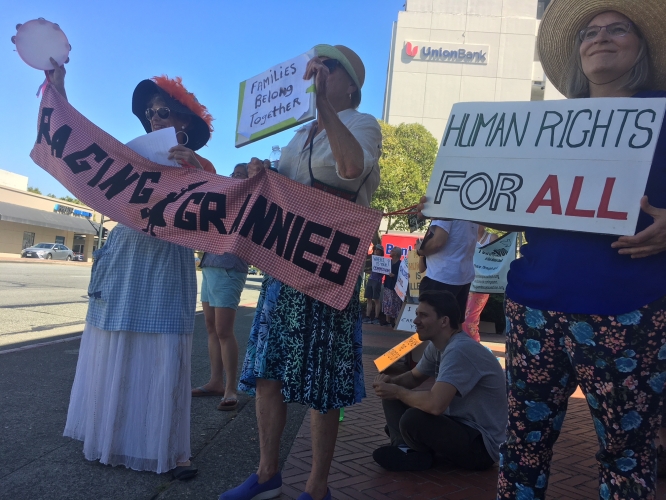 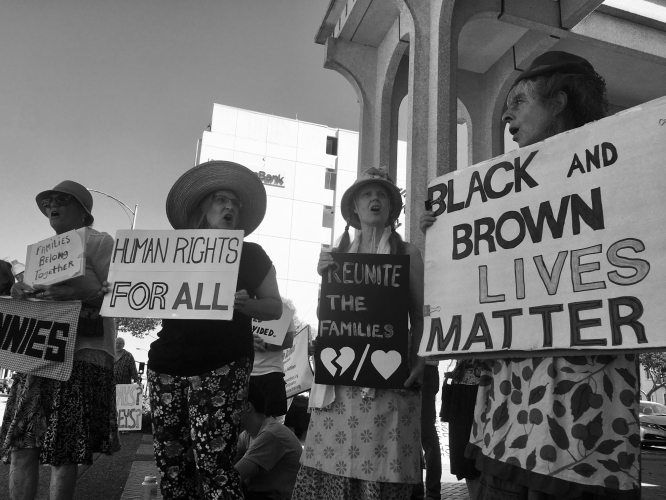 original image (2016x1512)
Add Your Comments
Support Independent Media
We are 100% volunteer and depend on your participation to sustain our efforts!