by Action in San Carlos
On Father's Day, protesters rallied in San Carlos to demonstrate against the Trump administration’s new policy that separates immigrant parents from their children. 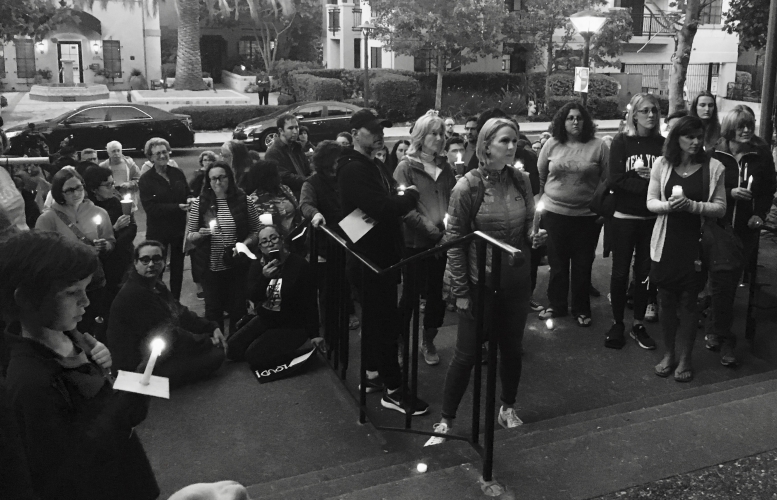 original image (3486x2241)
On Father's Day, protesters rallied in San Carlos to demonstrate against the Trump administration’s new policy that separates immigrant parents from their children. Close to two hundred people with candles and signs came together on the steps at the entrance to San Carlos City Hall and spilled over covering embankments on either side of the staircase.

Rally organizer Ron Piovesan told the crowd he spent the day with his children but could not stop thinking about what fathers are experiencing in immigration detention centers along the US/Mexico border. Yvonne Brye Vela said that America has a long history of tearing apart families of color, and the Trump administration's recent directive to separate migrant parents and children at the border is inhumane. She compared what’s happening in the United States with what she saw at museums in Germany documenting Nazi atrocities.

Emotional demonstrators took to the microphone and committed to the cause. They vowed to take action by using social media, calling legislators, and donating to legal aid groups trying to help immigrant detainees such as the Texas Civil Rights Project.
§Yvonne Brye Vela at the entrance to City Hall
by Action in San Carlos 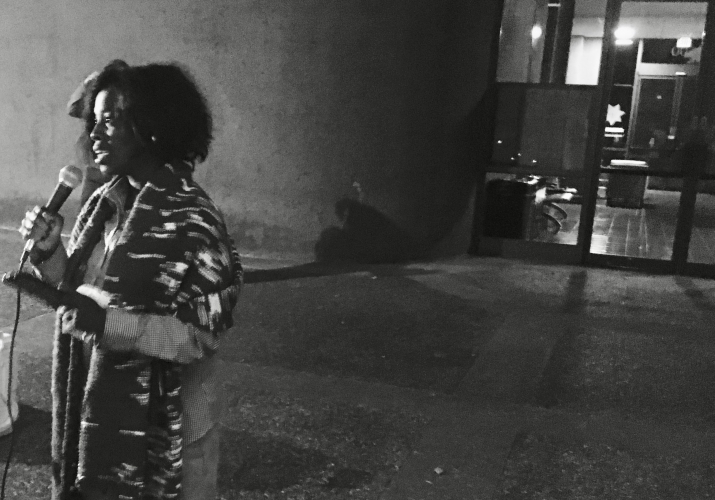 original image (2669x1866)
At the very top of the steps leading into City Hall, Yvonne Brye Vela spoke of America's long history of separating families of color.
§Mom with kids and candles
by Action in San Carlos 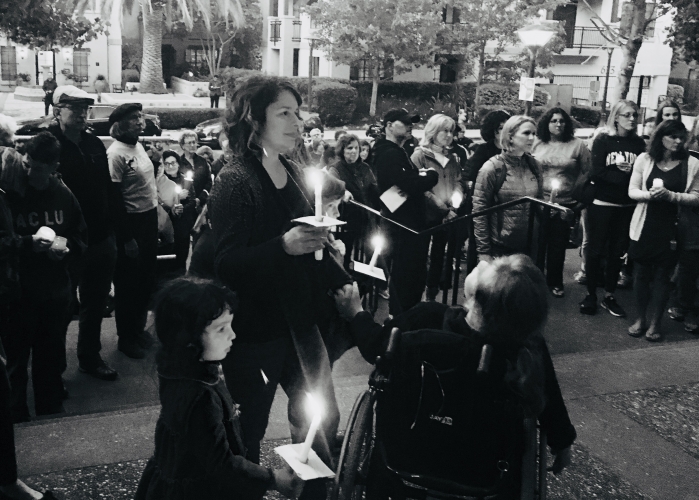 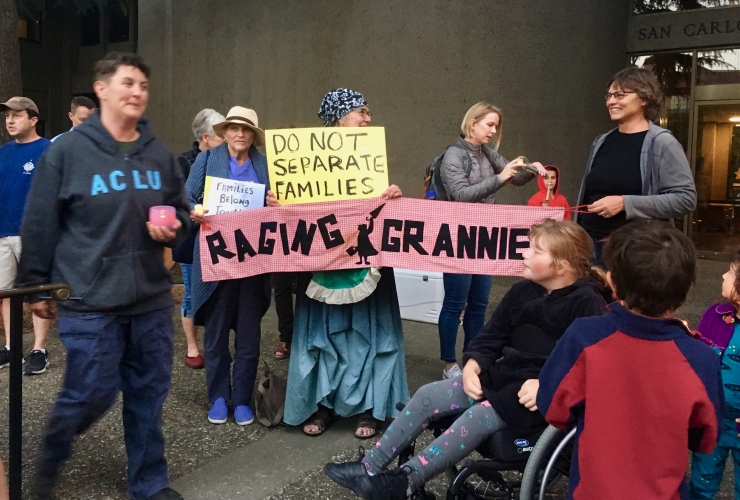 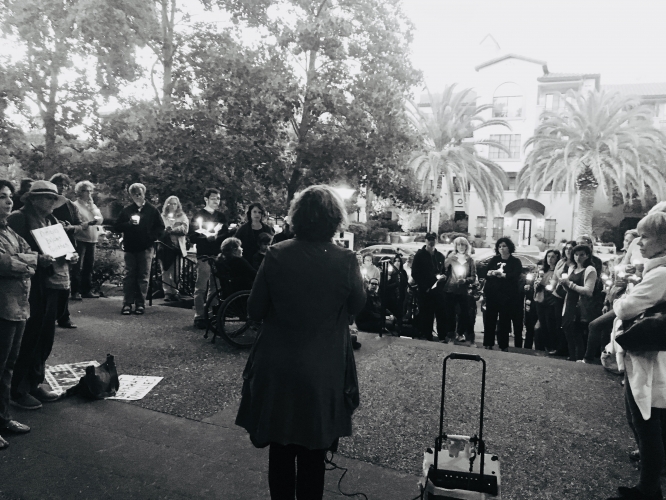 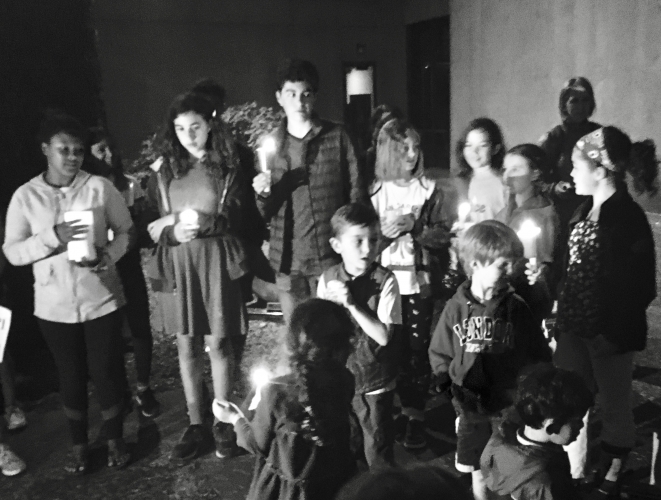 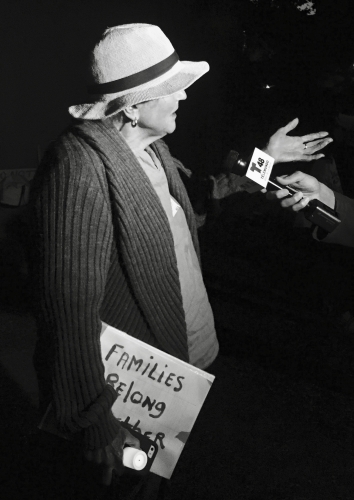 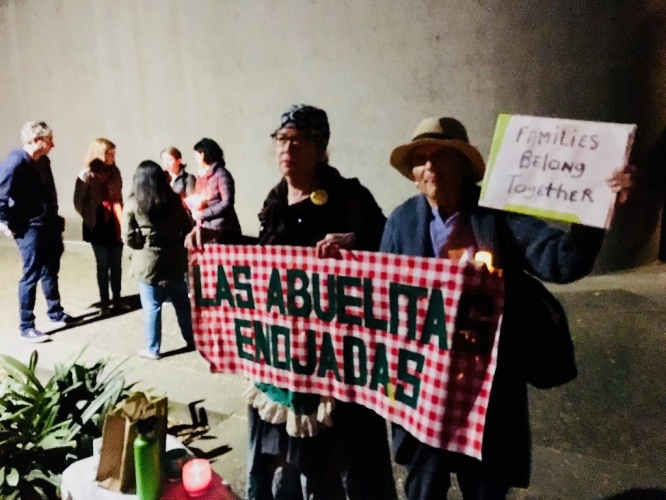 original image (1024x768)
Add Your Comments
Support Independent Media
We are 100% volunteer and depend on your participation to sustain our efforts!