Add an Event
Newswire
Calendar
Features
Home
Donate
From the Open-Publishing Calendar
From the Open-Publishing Newswire
Indybay Feature
Publish to Newswire
Add an Event
Related Categories: California | Environment & Forest Defense | Government & Elections
Delta Tunnels draft environmental document with 'design changes' posted online
by Dan Bacher
Wednesday Jun 13th, 2018 5:52 PM
“Many of these design changes may appear great on paper, but in reality, they will not save the Delta as long as Metropolitan Water District of Southern California maintains their ‘right’ to increase the magnitude of Delta water they take during dry periods,” said Barbara Barrigan-Parrilla, Executive Director of Restore the Delta (RTD). 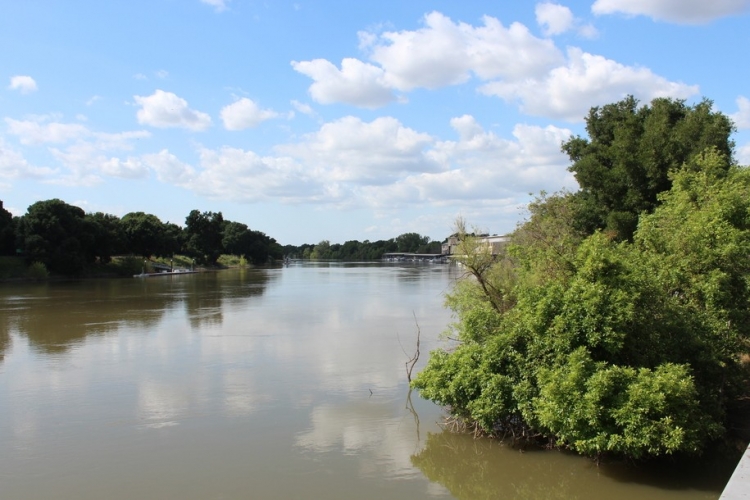 The project consists of two giant 35 mile long underground tunnels that would divert Sacramento River away from the San Francisco Bay Delta directly to South Delta state and federal pumping facilities in the South Delta. The construction of the tunnels would facilitate the export of massive quantities of Northern California water to Southern California water agencies and San Joaquin Valley agribusiness interests.

“The updated environmental analysis covers footprint changes resulting from proposed design modifications that further minimize impacts of the project on local communities and the environment,” the announcement from DWR claimed.

”This administrative review draft document is being distributed to responsible and cooperating agencies under CEQA and NEPA and is available on the California WaterFix website and for use by the State Water Resources Control Board as part of the ongoing California WaterFix Change in Point of Diversion hearings,” according to DWR.

During the coming months, the lead agencies will review the draft in the determine if the document fulfills the requirements of CEQA and NEPA.

• Reduce impacts to salmon and smelt at the Clifton CourtForebay

• Reduce the number of power poles and lines required which improves aesthetics, reduces impacts to birds, and minimizes the need for power facilities near the town of Courtland, while also eliminating the need to relocate large 230 kV and 500 kV transmission lines.

Delta tunnels opponents countered that the design changes in the administrative draft supplemental EIR will “not save the Delta,” in spite of the claims of California WaterFix proponents.

“Many of these design changes may appear great on paper, but in reality, they will not save the Delta as long as Metropolitan Water District of Southern California maintains their ‘right’ to increase the magnitude of Delta water they take during dry periods,” said Barbara Barrigan-Parrilla, Executive Director of Restore the Delta (RTD).

“Decreasing flows through the Delta is the fastest way to kill the ecosystem, native and migratory endangered species, and the local communities who will be left with degraded drinking water when the tunnels are operable. These design modifications do not significantly lessen the impacts to Delta communities, nor do they change the fact that the project is an environmental disaster,” she stated.

DWR said the public draft version will be released for formal public review and comment after review and approval by the lead agencies, expected in July 2018.

“All interested parties will have an opportunity to provide comments on the public review version of the Draft Supplemental EIR/EIS during that time. Responses will be prepared only for comments submitted during the formal public review and comment period,” according to DWR.

Bill Jennings, Executive Director of the California Sportfishing Protection Alliance (CSPA), noted there are an amazing 425 megabytes of information in the administration draft — and is concerned the State Board could expect his organization and other parties to provide rebuttals based on the administrative draft, not the formal draft issued for public review.

“My concern is that this administrative draft could be an attempt to short circuit the process. This evidentiary hearing has been going on for three years and the State Board appears to be in a headlong rush to complete the process before Brown leaves office. We don’t know yet,” concluded Jennings.

The agency will send a notification out when the public Draft Supplemental EIR/EIS is available for formal public review and comment as required by CEQA and NEPA.
Add Your Comments

§Twin Tunnels Water Fixers missed the point of no water added to end Cal Droughts.
by Unity Jack for Mother Earth
Thursday Jun 14th, 2018 3:48 PM
Shortage of water remains the main contradiction here as water will be stolen from the spawning grounds of the salmon, and wildlife, and community water needs for increased water supplies. That is solve the fresh water shortage throughout California, and all other problems will be gone with the wind.

The Oceans are about seventy percent of the surface of the planet Earth. That means this planet Earth is not if anything a planet with a shortage of water. What is missing in the twin tunnels water fix boondoggle is how 'American ingenuity' much bragged about by the powers that be, have failed completely to end the Drought conditions throughout California and the U.S.A., by simply taking the waters needed to supply all places that have a shortage of water conditions, and that includes all the U.S.A. and the rest of the world.

Again it must be said to avoid pollution the need is to Re-tool the entire industrial revolution to renewable energy such as wind, tidal, and solar power which once transformed to electricity is more power than all the fossil fuels combined.

That non-pollution solution is given freely in natures kinder laws and provides work for all and forever. No more blackouts. Fossil fuels will be ended soon and that is why they are called non-renewable energy, and also the fact that their burnout of the oxygen supply throughout the atmosphere is in mode greater and greater burn-out to carbon-dioxide which we cannot live on.

This process of pollution causing fossil fuels is through burn-out of oxygen leaving larger and larger belts of carbon-dioxide wafting around the globe. This practice is causing a greenhouse effect that causes higher and higher temperatures as the sun heats the CO2 which lifts the temperatures and causes a catastrophic series of events seen daily around the globe and is known as 'climate Change'.

The changeover to renewable energy will allow the oxygen supply to return in a positive valence again from trees greens and ocean's allos, and save the planets ecological balances of its organic and inorganic webs-of-life so the livability comes back toute de suite. Voila!

Egalite' pour la femme dans la revolution. Elect women equally as the workers of the world again unite for a living world without fossil fuels burn-out.
Add a Comment
Support Independent Media
We are 100% volunteer and depend on your participation to sustain our efforts!